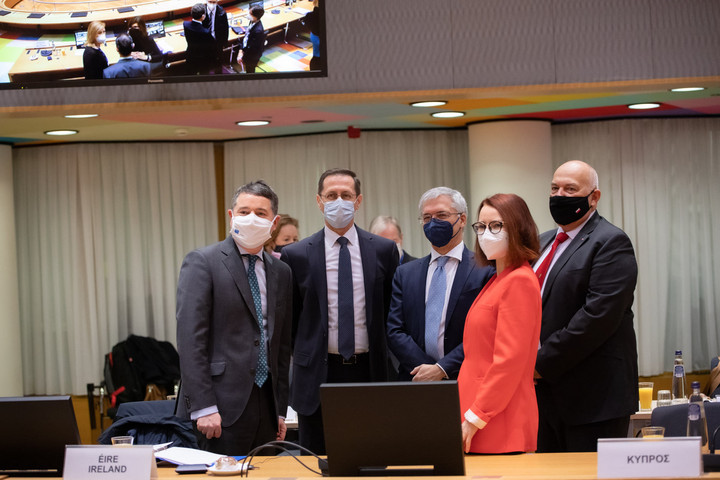 Hungary plans a post-epidemic economic relaunch based around tax cuts, and does not support measures from Brussels that interfere with national tax policy, Finance Minister Mihály Varga said in Brussels after a meeting of EU finance ministers (Ecofin).

The Hungarian minister of finance explained that the issue surrounding the mandate of a working group in Brussels had been the subject of a debate among EU ministers. According to a proposal, the EU Working Party on Corporate Taxation would have a say in the future not only on the possible tax benefits but also on the “general characteristics” of the tax system. As he said, the current draft text does not give a precise description of what is meant by general characteristics, so it remains unclear the extent of the mandate being pushed by the EU working group, which could lead to legal uncertainty.

Varga added that in the new mandate, the European Commission would also become a full member of the group, i.e. it would have the same rights in the group as the member states, whereas previously it participated only in an advisory capacity in the group.

“As in the case of the global minimum tax in the OECD, we emphasize that we do not support any proposal that endangers the competitiveness and predictability of the Hungarian tax system,” Varga said.

The Economic and Financial Affairs Council (Ecofin) set up a Code of Conduct Group (Corporate Taxation) in the Council on March 9, 1998, whose current mandate is limited to examining certain tax benefits, the ministry said in a statement.

In a statement in Brussels, the Hungarian minister said that the European Commission had still not decided to approve recovery funds for Hungary to offset the downturn following the coronavirus epidemic. He emphasized that the committee was clearly withholding resources for political reasons, and that this attitude was influenced by the Child Protection Act passed by the Hungarian Parliament.

He pointed out that the Commission measures by double standards. In the case of Malta, for example, similar objections have been raised, but the country has already received the funds for recovery.

“It is incomprehensible and inexplicable what is happening on the part of the Commission. Hungary, like all other member states, is an equal member of the EU. We have contributed to joint borrowing to help all member states provide non-refundable support,” he said.

The minister expressed the hope that the Hungarian government would convince the European Commission during the ongoing negotiations that they should approve the support for Hungary.