Hungary received over 530,000 refugees from Ukraine

The majority, however, do not stay in Hungary but travel on to other Western European countries. 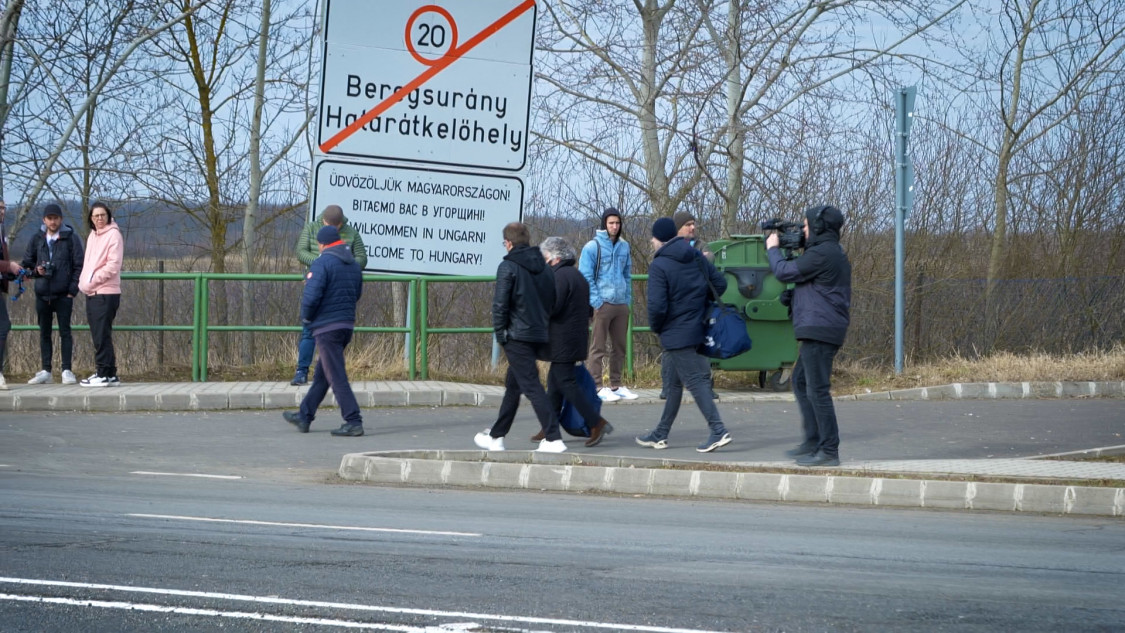 Refugees arriving to Hungary on foot from Ukraine at the Beregsurány border crossing. (MTI)

Hungary, with a population of just under 10 million, has so far received 530,587 refugees from Ukraine, which is proportionally the highest ratio of all countries, government spokesman Alexandra Szentkirályi said on Monday.

Szentkirályi said the number of asylum applications is rising day by day, with 7,747 people filing such applications in the past month.

According to her, the time since the outbreak of the war has been characterized by amazing work and great cooperation from the Hungarian government, aid organizations, civilians and local governments, which all reacted to the humanitarian crisis in the first minute.

According to the government spokesman, 9,474 people were helped at the humanitarian transit point opened in the BOK sports hall in Budapest in the past week. She added that in the hall there is food, internet access, medical care, a children’s corner, and refugees there can take a bath and obtain help with travel arrangements. MÁV previously operated an international ticket office at the location.

She pointed out that the railway company had issued 173,000 solidarity tickets to those fleeing Ukraine by Monday morning, providing free travel within the country.

Those arriving In Hungary are provided with health care, prescription medication or any other necessary health assistance, she detailed.

As Remix News recently reported, the war in Ukraine has resulted in the worst European refugee crisis since World War II, according to the United Nations High Commission for Refugees (UNHCR). Over 10 million people across Ukraine were forced to flee in just one month, leaving their homes and belongings.

Of these, 6.5 million are displaced internally and another 3.7 million left the country.