Over 3.8 million left the county and over 6.5 million are internally displaced 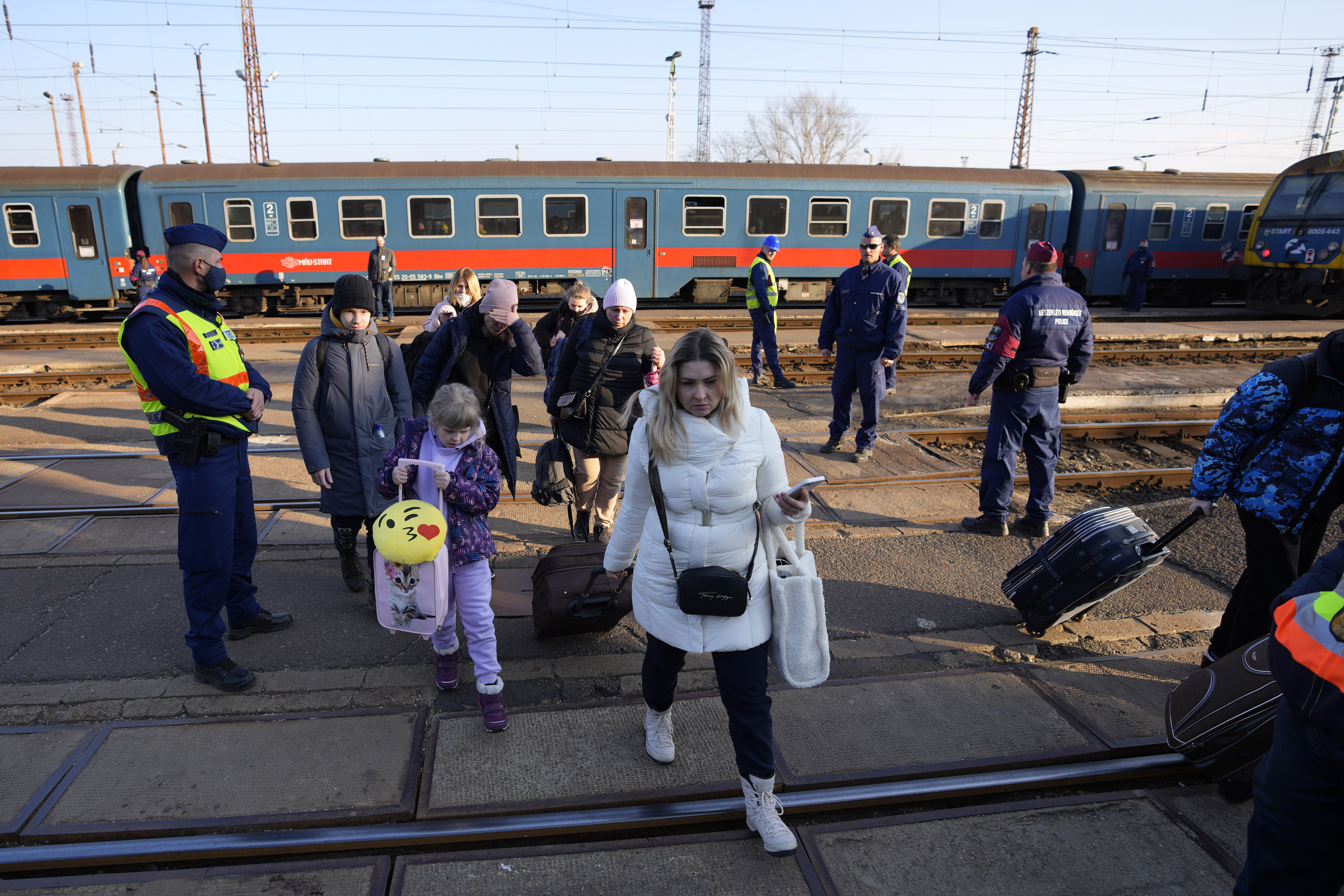 Refugees that fled Ukraine from the war arrive at the train station in Zahony, Hungary, Sunday, March 6, 2022. The number of Ukrainians forced from their country increased to 1.5 million and the Kremlin's rhetoric grew, with Russian President Vladimir Putin warning that Ukrainian statehood is in jeopardy. He likened the West's sanctions on Russia to "declaring war." (AP Photo/Darko Vojinovic)

The war in Ukraine has resulted in the worst European refugee crisis since World War II, the United Nations High Commission for Refugees (UNHCR) confirmed on Friday.

In a press conference at its headquarters in Geneva, the agency’s representative in Ukraine, Karolina Lindholm Billing, revealed that over 10 million people across the country have been forced to flee in just one month, leaving their homes and belongings.

“Over 6.5 million are displaced inside Ukraine and 3.7 million people have been forced to flee the country. These numbers are rising daily,” Billing told reporters.

“Some 13 million people are estimated to be stranded in affected areas or unable to leave due to heightened security risks, destruction of bridges and roads, as well as lack of resources or information on where to find safety and accommodation,” she added.

“Our teams are working to deliver our protection, shelter and assistance programs not only in the west of the country but also — as far as we can — in central and eastern Ukraine to ensure access to accommodation and vital services.

“We have started to roll out our multipurpose cash program in Lviv and Zakharpatia oblasts, and we have enrolled thousands to date. Further enrollments in six additional oblasts in central and eastern Ukraine will come in days. Overall, we are aiming to reach at least 360,000 displaced people to help them afford basic needs,” Billing revealed.

The agency’s Ukraine representative explained that the most effective form of humanitarian relief would be to bring a halt to the war, however, she stressed that in the meantime, Ukraine’s allies must continue to do all they can to support those affected.

According to the latest UNHCR data, the number of people who fled the war in Ukraine has reached 3,821,049, with the daily rate of new refugees just under 50,000.

Poland has processed the most refugees at an eye-watering 2.2 million people. Romania, Moldova, and Hungary are the countries to receive the next highest numbers.