The migrants in question were all young males and all claimed to be Syrian nationals, although none of them had any identification documents on them 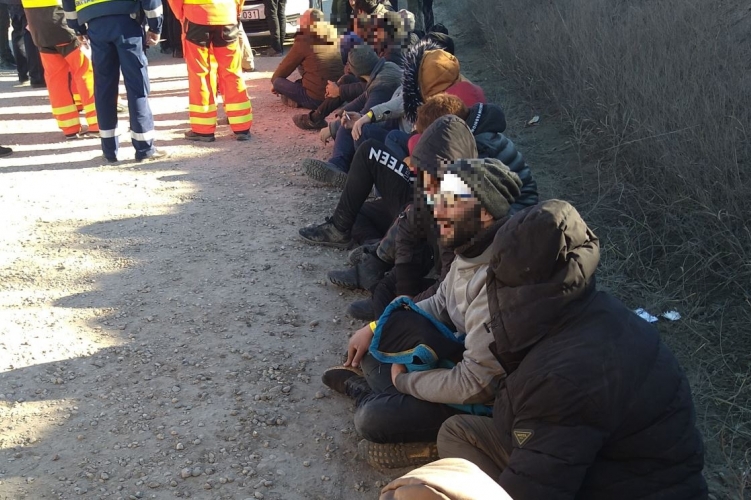 Migrants purporting to by Syrians apprehended in Hungary after truck crash. (police.hu)

Hungarian authorities have arrested a Serbian national accused of driving a minibus full of illegal migrants, before crashing the vehicle and fleeing the scene.

A manhunt was launched for the driver of the minibus after 26 migrants were located near to the crashed vehicle in Pest County, central Hungary on Wednesday morning, according to Hungarian police.

The vehicle was found by a truck driver, who alerted local police. Upon arriving at the scene, the group of migrants, some of whom had sustained injuries from the collision, had fled from the vicinity. All 26 were later apprehended by authorities.

The migrants in question were all young males and all claimed to be Syrian nationals, although none of them had any identification documents on them.

Emergency services attended the scene with several ambulances to treat the injured migrants, 11 of whom were transferred to hospital and treated for minor cuts and bruises.

The Serbian driver was apprehended a few hours later in the region and has been charged with people smuggling and failing to provide first aid.

In Hungary, people smuggling carries a sentence of up to five years in prison, or up to fifteen years if committed as part of an organized crime group.