Amazing: Poles take 800,000 Ukrainian refugees into their homes, which means no new refugee camps are needed 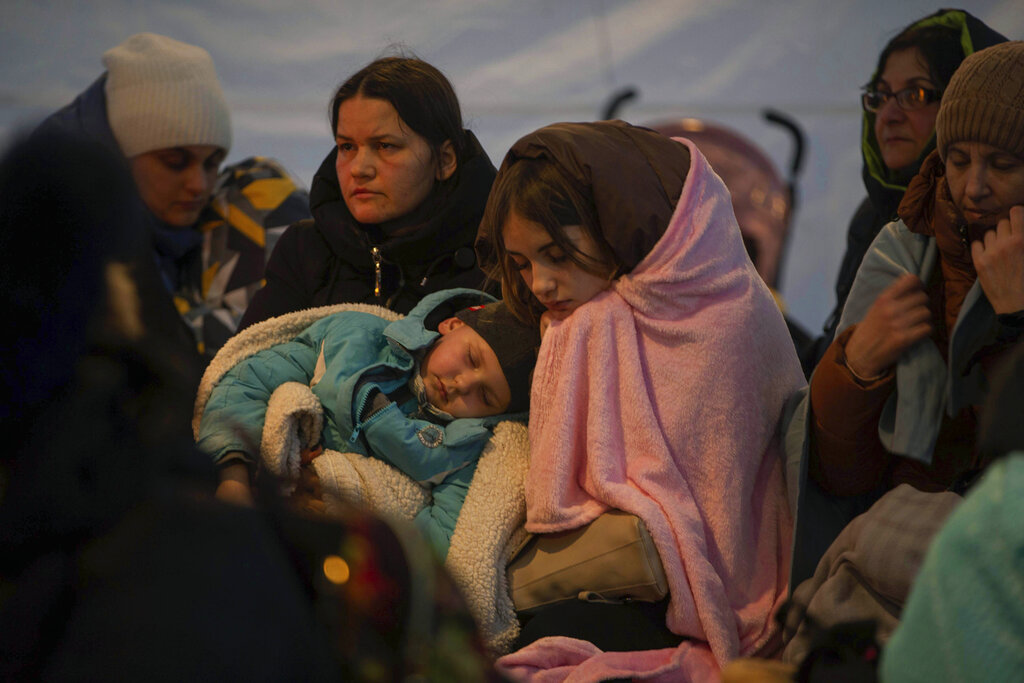 Refugees, mostly women with children, rest inside a tent after arriving at the border crossing, in Medyka, Poland on Sunday, March 6, 2022. (AP Photo/Visar Kryeziu)

In an interview for CNN, the Polish ambassador to the United States, Marek Magierowski, emphasized the uniqueness of the situation concerning the Ukrainian refugees arriving in Poland.

“This is probably the first such migration crisis in Europe’s history in which the host country does not even need to build migration camps because all those 800,000 refugees have already found or will find safe shelter in Polish homes, in Polish boarding houses, student dormitories,” he said on Saturday night.

Magierowski underlined the extraordinary explosion of solidarity and sympathy for Ukrainians in Poland and pointed out that state authorities, as well as tens of thousands of volunteers and ordinary citizens, were involved in the humanitarian effort.

“I have to confess, also for the first in my life I am so proud of two nations at the same time – mine and the Ukraine,” he stated.

The ambassador also stated that he did not believe that the conflict in Ukraine could spill over onto other NATO countries such as Poland.

“What Putin fears is a military confrontation with NATO,” he said.

Magierowski pointed out that the Ukrainians were fighting “not only for their freedom, their independence, but also for ours.” Due to this, the ambassador emphasized that the West needed to support Ukraine with any means necessary to stop Russian aggression, but to do so in a manner which would not engage NATO in a military conflict with Russia.

He also commented on the recent visit of Israeli Prime Minister Naftali Benet in Moscow and noted that at this point all diplomatic possibilities should be used to stop the Russian aggression. The ambassador pointed out that Israel was one of the few remaining countries in the world which still had good relations with Russia and countries supporting Ukraine.