Are Ukrainians and Poles closer than ever?

The past few weeks have brought Ukrainians and Poles closer together than they have ever been and have led to speculation as to where the limits of this new found union may lie, writes Jakub Maciejewski in portal wPolityce.pl 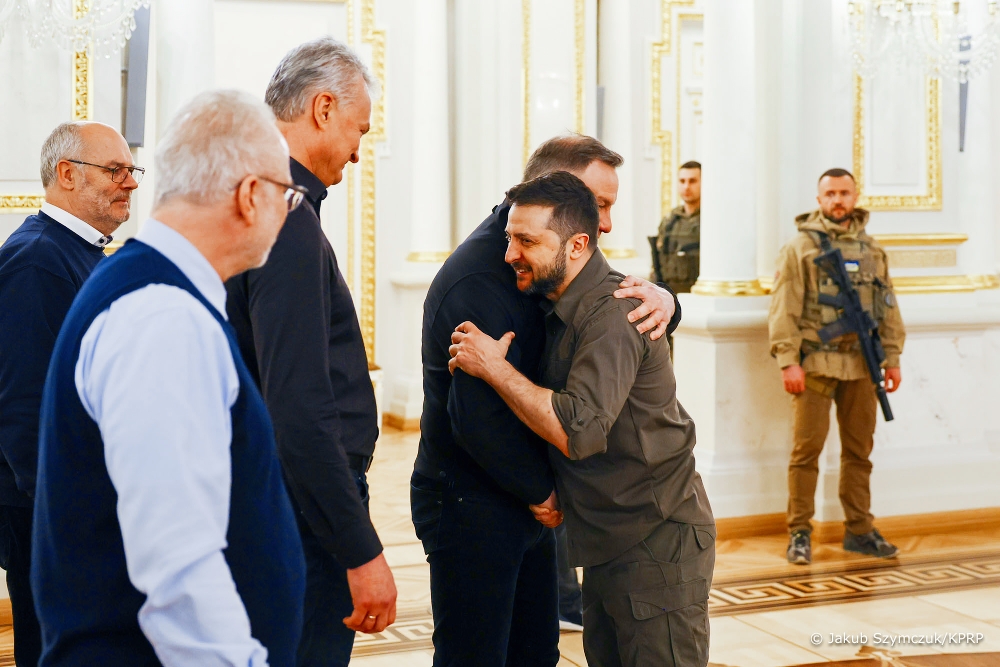 Symbolic picture. Presidents of Poland and Ukraine, Andrzej Duda and Volodymyr Zelensky, embraced each other with the three presidents of the Baltic states on the side, Kyiv, April 13, 2022 (Source: J. Szymczuk, KPRP)

With the way Ukraine is defending itself against Russia and Germany’s discreet alliance, it is hard not to draw parallels with the old Polish Republic.

The Trimarium ideas which have been slow to evolve have suddenly received a boost and one month of Polish support for Ukraine and its people has revolutionized relations between the two peoples as hundreds of thousands of Ukrainians shelter in Polish homes.

This phenomenon could have political consequences of a much closer union. It is beginning to dawn on Poland that together with Ukraine it would be that much stronger in the EU and in Ukraine that it is Poland which is its primary partner in Europe.

Alarm bells have rung in the Kremlin and the Bundestag at such a union. They will attempt to weaken and to create discord between Poles and Ukrainians. Germany has done its best to ensure Poland does not receive its funds from the European Commission which it now desperately needs to cope with the wave of refugees.

Internet trolls are being unleashed to remind people of past historic wrongs, and Polish liberal circles are searching for tensions between Poles and Ukrainians and arguing that the state is not doing enough to help.

Weaknesses of both nations will be used to sow discord between them. Ukrainian post-Soviet fatalism and Polish tendency for divisions. The stakes are high as there is a chance to reconstruct this part of Europe.

So we can expect provocations with accusations of fascism and incidents which will be used keenly in Brussels to marginalize Poland. The aim will be to divide Poles and Ukrainians. The superpowers managed to do this to Poland in the 18th century and to have it partitioned.