Morawiecki, Kaczyński, Fiala and Janša have experience of fighting communism when it required actual courage, reminds Grzegorz Górny for wPolityce.pl 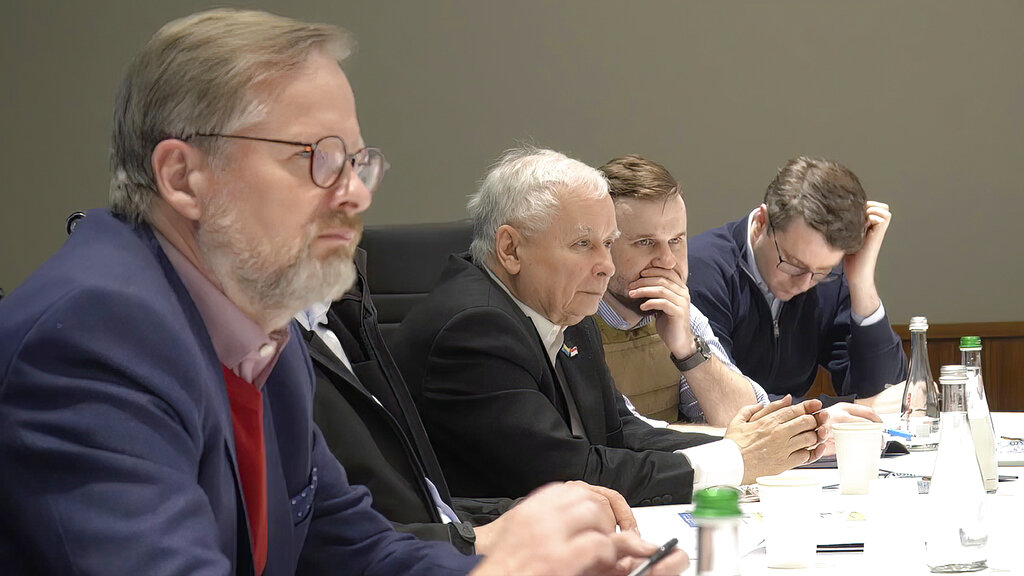 The journey of the prime ministers of Poland, Czechia and Slovenia to Kyiv on Tuesday, a city which is currently being shelled by Russia, is perceived in the West as an expression of courage.

The commentators and politicians who are commenting on the matter are missing one crucial detail, however; all four of the leaders who took part in this dangerous journey had been engaged in anti-communist opposition during the communist era.

Much is known in Poland about Jarosław Kaczyński’s activity in the Workers’ Defense Committee (KOR) and Solidarity trade union, and Mateusz Morawiecki’s involvement in the Fighting Solidarity underground organization. Yet, fewer people know about the pasts of the other two politicians who traveled to Kyiv.

Janez Janša, after being fascinated by Marxism in his youth, abandoned communism and in the 1980s became a dissident in Yugoslavia. He was arrested in May 1988 along with three other people and sentenced to one and a half years in prison for betraying military secrets. His arrest and trial sparked a series of protests which went down in history under the name “Slovenian Spring.”

After being discharged, he became the first minister of defense in the first government following the partially democratic elections in 1990. It was Janša who led the Slovenian army in its victorious 10-day war against Serbia.

Petr Fiala, on the other hand, worked in opposition education organizations in the 1980s. In particular, he operated within the illegal circle focused around bishop Stanislav Kratka of the Catacomb Church. Fiala had also founded and published the underground “Revue 88” magazine.

All four of these politicians engaged in opposition activity during times in which doing so required true courage. They fought against a system on whose side KGB officer Vladimir Putin was on. During that period, the majority of Western politicians had accepted the existence of the Iron Curtain and Central Europe’s inclusion in the Soviet sphere of influence.

The symbol of this approach were the words of West German Chancellor Helmut Schmidt, who had called the introduction of martial law in Poland in 1981 a “necessity.” Well, it seems that had been the “historic necessity” which only “improper romantics” had rebelled against.

Over the last several years, some Western politicians have also wanted Ukraine to be a part of Russia’s sphere of influence. The construction of Nord Stream 2 served to tighten Moscow’s grip over Kyiv.

Yet, Ukrainians themselves opposed being pushed into Russia’s arms, and they are bravely defending their homeland.

Today, they have Central Europe’s improper romantics on their side who, through their activity, have proven that there is no such thing as merciless historical determinism.