Ukraine should be supported militarily and financially to allow it to reclaim the territories taken by Russia, Polish President Andrzej Duda told American TV network PBS 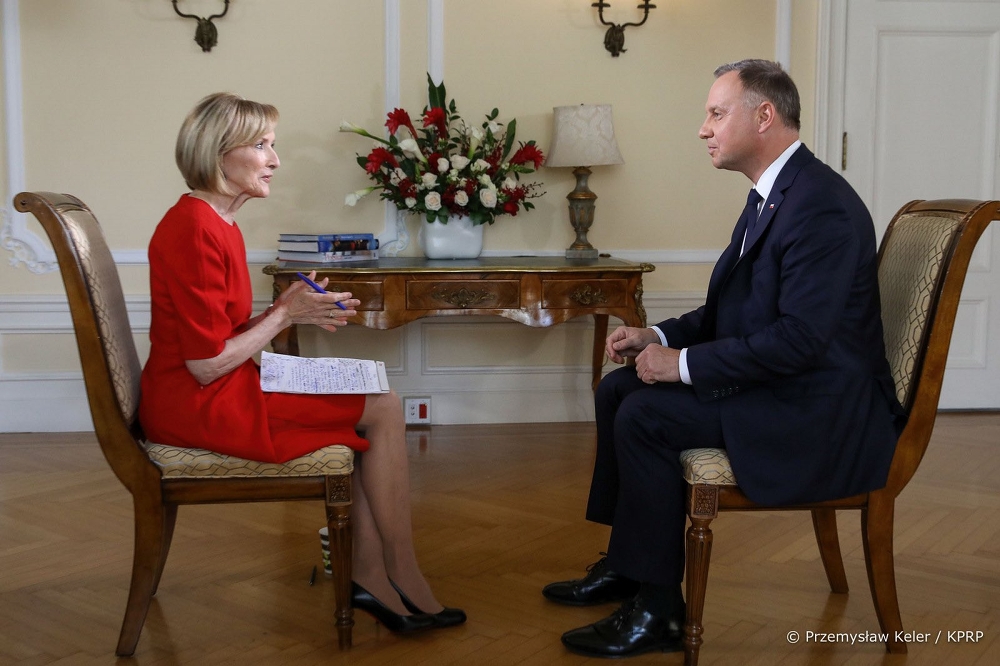 Russia is showing weakness and sowing fear among its own citizens by mobilizing reservists, Polish President Andrzej Duda has claimed.

In a recent interview for American TV network PBS, Duda said that “Putin declared he would take Ukraine in 72 hours, but as we know, he did not succeed. That is why he is using different methods.”

When asked for his opinion on Putin’s threat to use a nuclear weapon, Duda said that Russia has never gone as far as using one, even in the most tense period of the Cold War, but it is hard to exclude such a possibility. “Putin toughens his rhetoric and no one can guarantee that he will not use this weapon, despite the fact that Ukraine does not have a nuclear option,” the Polish president said.

“No one invaded Russia, and yet, the entire world sees that Russia commits murder, war crimes,” Duda told viewers. He added that Russia is aware that the war crimes it is has committed in Ukraine have now been publicized and that it means criminal responsibility, which is why it is now toughening its rhetoric and threatening to use a nuclear weapon.

Asked what course of action Ukraine and the West should take, the Polish president said that in accordance with President Biden’s declaration, Ukraine should be supported militarily and financially, to allow it to reclaim the territories taken by Russia.

“We are dealing with a tough situation: an energy crisis, inflation, and a food crisis caused by Russia. The West should consider what is more important: easier and cheaper life, or preventing Russia from taking an independent country that wishes to be free, democratic, and Western?” Duda asked.

The president of Poland added that Russia will not stop after taking Ukraine because its ambitions reach further to Poland, Bulgaria, Czechia, Slovakia, and all other countries that were once dependent upon Russia.

“Either we want that, or we say ‘no’ to Russia and accept the discomforts,” concluded Duda.