Duda’s speech in Kyiv delivered at the key moment 

Polish President Andrzej Duda’s visit to address the Ukrainian Parliament came at an important moment, when some in the West seem to be tiring of the war, writes Jerzy Haszczyński for daily Rzeczpospolita 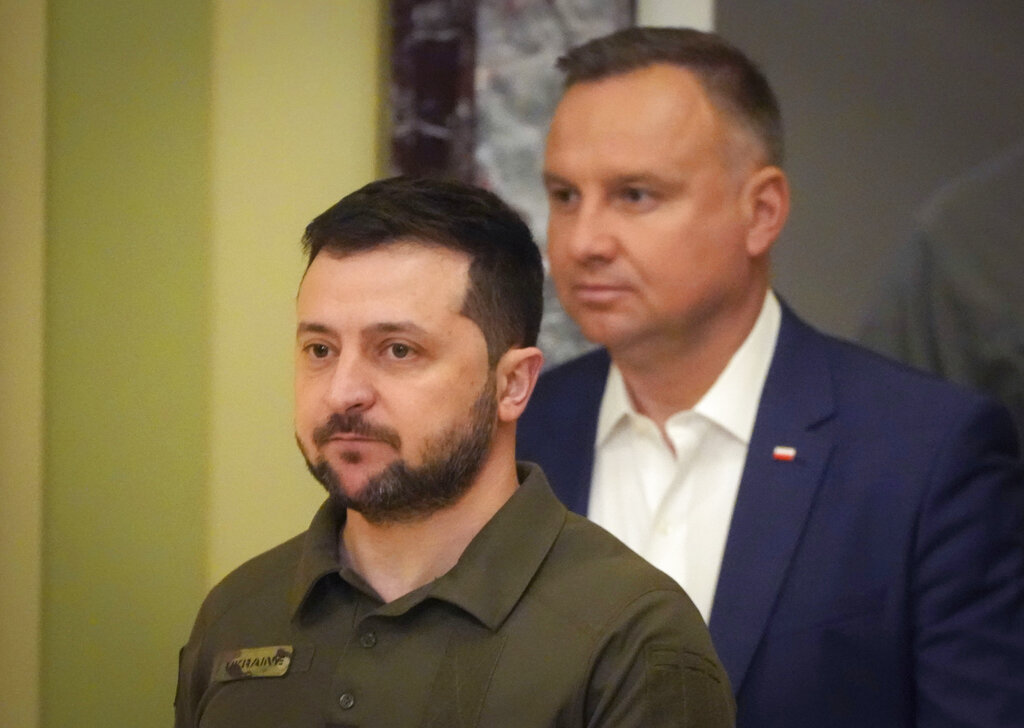 One should be weary of calling visits historic, but Polish President Andrzej Duda’s visit to Ukraine has a chance to linger in the memories of both Ukrainians and Poles. It was not just important because Duda was the first foreign leader to address the Ukrainian Parliament since the start of the war, it was important because of what was said, the gestures that were made, and the reactions of Ukrainian MPs who gave Duda a standing ovation.

Andrzej Duda spoke for all Poles when he told Ukrainians that “only Ukraine has the right to decide about its future. No decisions can be taken about its future without it.”

The Polish head of state assured the Ukrainians that Poland would never back any attempts to legalize Russian conquests.

This is particularly important because after three months of the war, one can feel some Western nations growing weary. They think they have made their point by criticizing and sanctioning Russia, but that is time to end the war and move on to tackle pressing global problems such as inflation. Everyone wants peace, but what is its price? Territorial concessions on the part of Kyiv?

That seems to be the message conveyed to President Zelensky by Western European leaders.

Although most of Central Europe, Scandinavia as well as the U.S., U.K. and Canada are not shifting their stance, some of the ruling elites are beginning to ask questions.

For example, an editorial for the New York Times asked President Biden what is his plan for this war and asserts that American interests would be served by peace, even if that meant some hard choices for Ukraine. The piece raises the specter of Biden losing the confidence of Americans, taking risks with the security of Europe and hints that the U.S. president should make it clear to Zelensky that there are limits to the degree of conflict for which the U.S. and NATO are prepared.

The very same New York Times that 25 years ago argued that enlarging NATO to include Poland was a fatal error now seems to be suggesting that Putin has invested too much personal prestige for the West to now expect that he should pull out of the occupied territories.

It really is surprising how easily some can debate about other people’s borders and suggest how they might be redrawn.

The pressure on Zelensky will intensify as inflation surges and the grain crisis which Putin has created leads to hunger and migration.

This is why Poland must together with its allies resist the temptation to try and buy peace at Ukraine’s expense. This will not be easy, but President Duda at least displayed real determination in trying to combat such thinking.