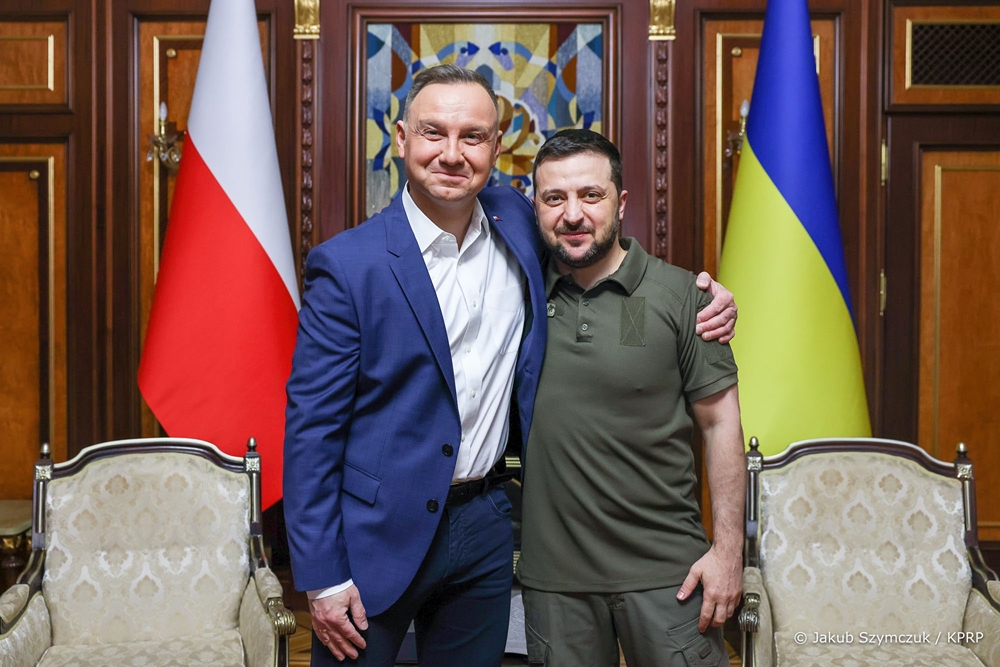 During his second visit to Ukraine since the beginning of the war, Polish President Andrzej Duda addressed the Ukrainian Parliament and promised that he would personally do everything he can to ensure that Ukraine becomes a full member of the European Union. He said that his dream was for Poland and Ukraine to be able to build their future together.

Poland’s head of state told Ukrainians that their country must be “rebuilt mainly at the cost of the aggressor, Russia, such are the demands of historic justice. Russia has ruined Ukraine, and it must now pay.”

“After Bucha, Borodyanka, and Mariupol, one cannot deal with Russia as before, gentlemen presidents and prime ministers,” he said, adding that today the face of the free world is the face of Ukraine.

“There are voices saying that Ukraine must give in to Putin’s demands but only Ukraine has the right to determine its future,” the Polish president said.

The president of Poland also indicated that he wanted Ukraine to become a part of the Three Seas initiative, which is an economic and security alliance of Central and Eastern European countries, to make the alliance that much stronger and more significant. He also promised to be active in seeking special funds for the reconstruction effort in Ukraine.

Duda alluded to attempts to divide Poles and Ukrainians as being in the interests of Russia. He remained convinced that past difficult history could be reconciled and the enemies of both Poland and Ukraine would fail to drive a wedge between the two nations.

The Polish president said he felt Russia had failed to achieve its objectives and that Ukraine had shown enormous courage and determination in defying Russia for three months.

He also indicated that Ukraine had proved its critics who expected it to fall quickly wrong, and reminded his audience that Polish Ambassador Bartosz Cichocki did not evacuate from Kyiv and stayed through the bombings.

Duda last visited Kyiv in April together with the presidents of the Baltic states, where he also visited sites where Russian war crimes reportedly against civilians occurred, such as Yrpin and Bucha.