Netflix’s ‘Don’t Look Up’: A satire of a Western civilization doomed to extinction

The movie ‘Don’t Look Up’ shows that the West is doomed due to its spiritual, moral and mental implosion, which has made it powerless against real threats, writes Catholic columnist Grzegorz Górny 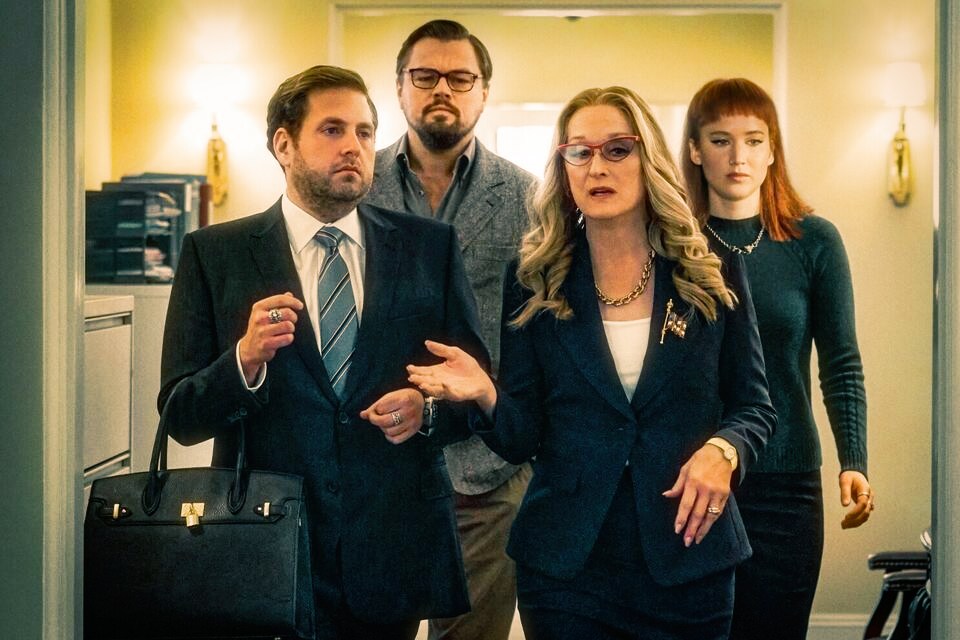 The most talked-about film in the world currently is the Netflix original, “Don’t Look Up” by Adam McKay. It tells the story of an astrophysicist and his assistant who discover a comet on a collision course with Earth and attempt to warn everyone of their impending doom.

Some reviewers, especially in the United States, have found a caricature of Donald Trump and his administration in the film. The female president in the movie is a Republican who chooses her own son as her chief of staff. The U.S. leader, played by Meryl Streep, wholly underestimates the threat posed by the comet, a nod perhaps to how many believe Trump underestimated coronavirus. For some critics, the comet symbolizes Covid-19 and the film is actually a story about the world’s response to the global pandemic.

Other reviewers saw an allegory for climate change in the comet. They considered the astrophysicist’s assistant — played by Jennifer Lawrence who screamed somewhat hysterically during a live television interview that everyone was going to die — to be the film’s version of Greta Thunberg, one of the few people seemingly awakened to the gravity of the situation and with the courage to talk about it.

Others believed that the film’s catastrophic threat could also symbolize uncontrolled mass migration. The reaction to this threat from the world of politics, business, mass culture and social media is exactly the same as in the movie.

It is a satire of America and the entire Western civilization which has lost its ability to respond to real threats.

One can say, that McKay’s film has a universal dimension in showing how the modern world reacts to crises. Of course, the movie does show the Republicans in a distorted mirror, but that’s not everything. It is at its core a satire of American society and an entire Western civilization which has lost its ability to respond to real threats.

It is also a criticism of the infantile mass culture. For example, music icons performing rock concerts in the film mobilized listeners against the comet with the same effectiveness as real-life attempts to stop terrorists from committing attacks by drawing on pavements with colored pencils.

Perhaps most damning is its criticism of social media and the extent to which any serious issue can be ridiculed through today’s meme culture, or worse heavily distorted with waves of misleading comments and fake news, to the point that the average audience has no sense of what is true.

The film did not forget about big business and the super-rich either with its satirical portrayal of a character in whom viewers will easily identify traits of Elon Musk and Bill Gates.

Nevertheless, it turns out that humanity is not able to save the planet and doom comes. The main characters try to pray when they are faced with impending death, but it turns out that none of them know a prayer; only one young person has foggy childhood memories from when his grandmother taught him a one.

Therefore, the world depicted in ‘Don’t Look Up’ is a world without God and without rules which unite it.

As such, it is destined to die not only due to an existential crisis, but because of the spiritual, moral and mental implosion which rendered it powerless to identify and act against the real-life threats we are facing today.