Poland and Japan ally against Russia

Japan views Russia and China as strategic rivals, and the island nation is looking to work with Poland to counter Russia’s invasion of Ukraine 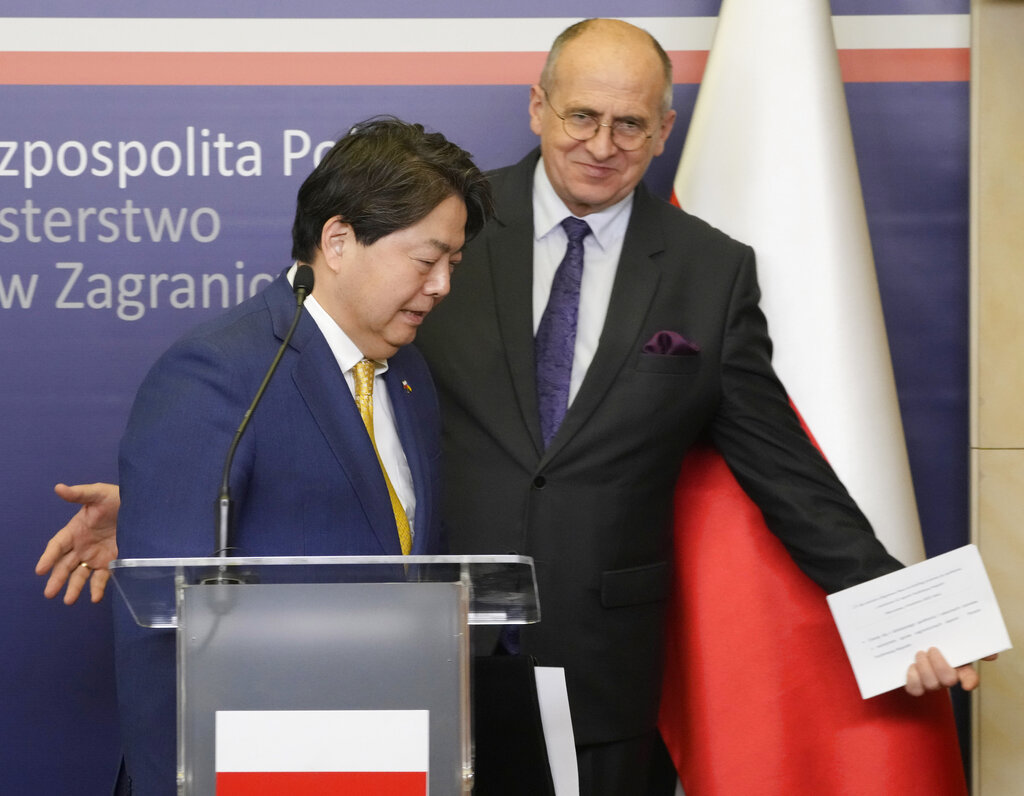 Polish and Japanese foreign ministers met on Monday in Warsaw to discuss the war in Ukraine and ways of making Russia pay for its escalation.

After Poland’s top diplomat, Zbigniew Rau, met his Japanese counterpart Yoshimasa Hayashi, Rau said that both countries would remain tireless in their efforts to stop the war in Ukraine and to hold Russia accountable.

Rau and Hayashi discussed the humanitarian consequences of the war and remained convinced that the only way to resolve conflict is through diplomacy and dialogue rather than what they say is Russia’s chosen path of aggression and war.

Rau emphasized that both countries remained partners in engaging in support of freedom, human rights, democracy, and the rule of law.

“We value highly Tokyo’s support for measures aimed at stopping the Russian invasion of Ukraine and to increase economic and humanitarian aid to cope with the crisis. That engagement should serve as an example to other states,” said the Polish minister.

Hayashi in turn described the Russian invasion as a clear violation of international law in pursuit of changing the government of a country by force and emphasized that his government could not pretend that the situation did not concern Japan as well.

“We want to work with Poland as our strategic partner in defending a rule-based international order and one of the key features of this quest must be severe sanctions on Russia,” concluded minister Hayashi.

During his visit to Warsaw, the Japanese foreign minister also held talks with President Andrzej Duda and Prime Minister Mateusz Morawiecki. After the meeting, Morawiecki announced that Japan “will support Poland and other countries helping Ukraine with $100 million.”