‘Risk of war at its highest in 30 years,’ Poland’s foreign minister warns

Zbigniew Rau assured that under its new Polish presidency, the Organization for Security and Co-operation in Europe (OSCE) will engage in resolving the security crisis in Eastern Europe 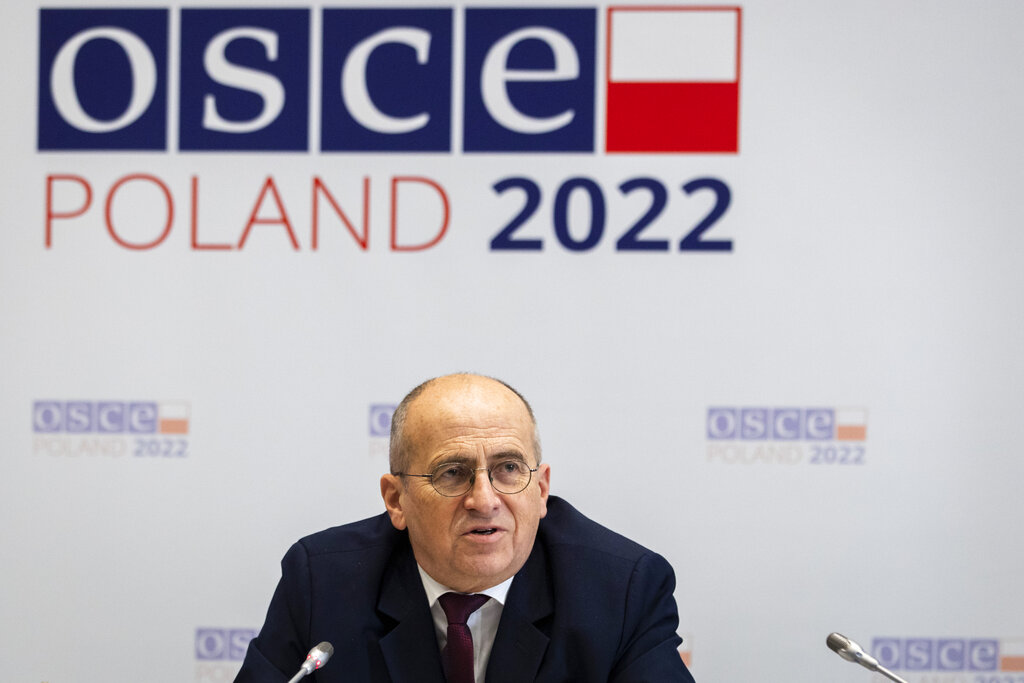 Poland’s Foreign Minister Zbigniew Rau has warned that the risk of war in Eastern Europe is at its highest for 30 years as he announced the involvement of the Polish presidency of the OSCE in solving the security challenges across the region.

Speaking to reporters in Vienna on Thursday, Rau explained the priorities of the Polish presidency — which started on Jan. 1 — of the organization, referring to Poland’s history and its experience in opposing the imperial aspirations of its neighbors. Rau also indicated his willingness to open greater dialogue between nations and presented initiatives for this purpose.

“Tearing down the Iron Curtain 30 years ago was the moment in which my nation and all of Central Europe regained their sovereignty and statehood,” he said.

“Because we are a nation with a traumatic history and which has benefited from peace in Europe, we are very well aware which proposals serve peace and which ones threaten it. We will be sharing this experience during our OSCE presidency,” he added.

Among the challenges towards peace and security with which the OSCE is dealing with, he listed extending conflicts, military confrontations, radicalization, terrorism, eroding arms control, the effects of the pandemic and deep violations of human rights and freedoms.

The Polish foreign minister warned that these challenges were leading to growing uncertainty, divisions and fears in Central European communities.

“It seems that the risk of war in the OSCE area is currently the highest it has been in the last 30 years,” he declared, but assured that the Polish presidency of the organization will not be indifferent to security concerns put forward by member states.

In reference to Ukraine, Rau underlined that the OSCE was prepared to aid with alleviating the ongoing conflicts. He announced a focus on a peaceful solution to the conflict in and around Ukraine which would be in accordance with the Minsk agreements and which would fully respect the sovereignty, territorial integrity and unity of Ukraine acknowledged by the international community.