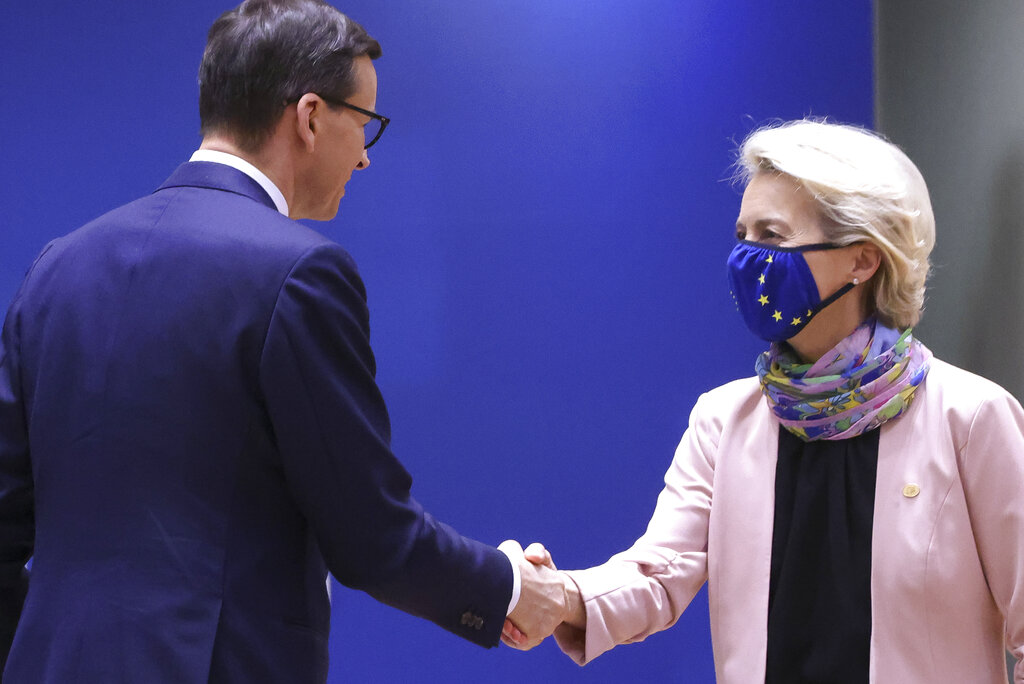 According to the law, however, there is no connection between these two affairs and they represent two entirely different orders. The EU, however, loves ‘rule of law’ so much that it is ready to trample over it in order to introduce it in member states.

Tough luck. Yet, the EU’s financial repression is not affecting the Polish political situation in any meaningful way. Of course, it would be easier for the government if it had these funds, but the landscape would not be much different.

Suspending the KPO will most likely not be the end. The funds can and most likely will be delayed, blocked, suspended, and arbitrarily reduced. There will be no lack of justification. The aim is to overthrow a conservative government, also with the goal of educating others who stand in the way of the EU, so anything is possible at this point. The law is no obstacle in this case, and the European Court of Justice (ECJ) will accept any measures against the Polish government.

If Poland’s presence in the EU is meant to resolve around us losing money that is rightfully ours and burdening our economy with heavy energy taxes, then we have nowhere the retreat.

In the background, we have the speculative emissions trading system (ETS), which can destroy the Polish economy. If prices will continue to grow and if Poland does not receive more allowances, then no economy shields will help Poles. Poland may once more become less wealthy and go back in development, despite having joined the EU in the first place to catch up and develop.

To summarize: Poland must be prepared for powerful tremors. It must have some sort of answer, at least a possible one which will be as decisive as the attacks made against its sovereignty.

The time of the great test has arrived.

If EU development funds will continue to be blocked, Poland should build its own fund. Based not only on loans, but also on new taxes aimed at huge, international corporations, which pay only symbolic taxes in Poland and take out huge income.

Poland can also try to “take over” some mechanisms, such as the climate ones, which the EU currently manages. Poland can also reach out to other sources from which it can gather hundreds of billions which will replace EU money in development projects.

Despite these alternative options being available, hopefully Poland will not have to undertake such drastic measures.

Yet if Poland’s presence in the EU is meant to resolve around us losing money that is rightfully ours and burdening our economy with heavy energy taxes, then we have nowhere the retreat.

Poland must have counterattack plans. Bold plans which would also concern solutions previously unthought of.