Poland to bolster its navy with three new frigates 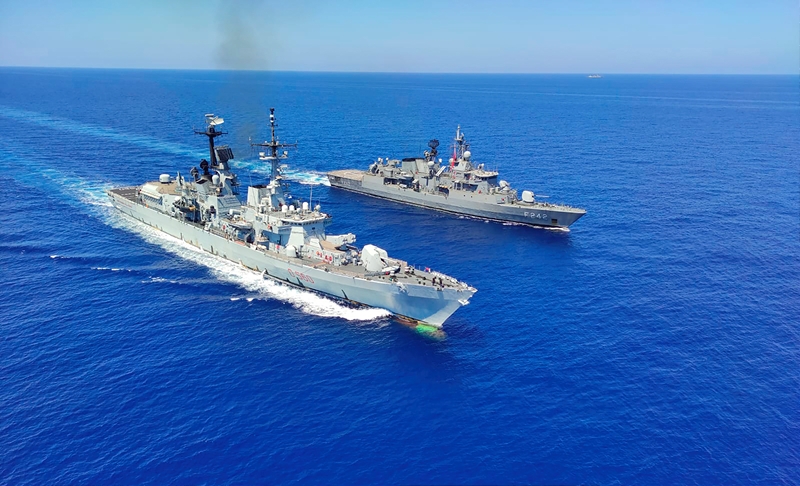 Minister of Defense Mariusz Błaszczak stated that Poland will purchase three vessels for the Polish Navy, all of which will be produced in Poland. The new ships are to be multi-purpose “Miecznik” frigates.

During Błaszczak’s visit to Baltic port of Gdynia, a ceremony was held on the occasion of the official signing of an agreement between the Arms Inspectorate and a consortium comprised of the Polish Armaments Group and shipyard group Remontownia Holding.

The contract for the frigates is a record when it comes to one-off contracts in the Polish armaments industry. The whole cost is EUR 2.17 billion (PLN 10 billion).

The minister expressed expectations that the new ships will be constructed as quickly as the previously built Kormoran minehunters. He believes that the construction of the minehunters proves that ships well-regarded by Polish sailors can be built in Poland.

He explained that the new frigates will be large units due to the needs of the Polish Navy.

“These will be ships whose firepower – every single one’s – can be compared to a division of the naval missile unit. Meanwhile, the strength in assuring security, cover, and anti-aircraft and anti-missile defense can be compared to the Patriot batteries,” he said.

Błaszczak underscored that these ships will be a serious force on the Baltic Sea. They will defend the Polish coast and also take part in NATO-allied missions.

“A good morning for the military and shipyard workers! The contract to build three frigates as part of the ‘Miecznik’ program will strengthen the capabilities of the navy and cooperation with Polish industry. All of this is done for the security of our country!” Błaszczak wrote on Twitter.

The minister also stated that there already is a detailed work plan for the vessels’ construction. The first frigate will be launched within four years’ time.

He reiterated that the ships will be built in Polish shipyards with the participation and help of companies (including private ones) which are part of the aforementioned consortium. Several hundred companies will participate in the project, including subcontractors. A foreign partner will also assist in the ships’ construction.

“We are aiming to build such armaments for the Polish Navy, so that we will have something to be proud of, not only in the Baltic Sea, but also across the world’s oceans,” Błaszczak said.