Poles prepare for Ukraine war to spread to their country

Poles are preparing for the war to come to their territory, according to one professor 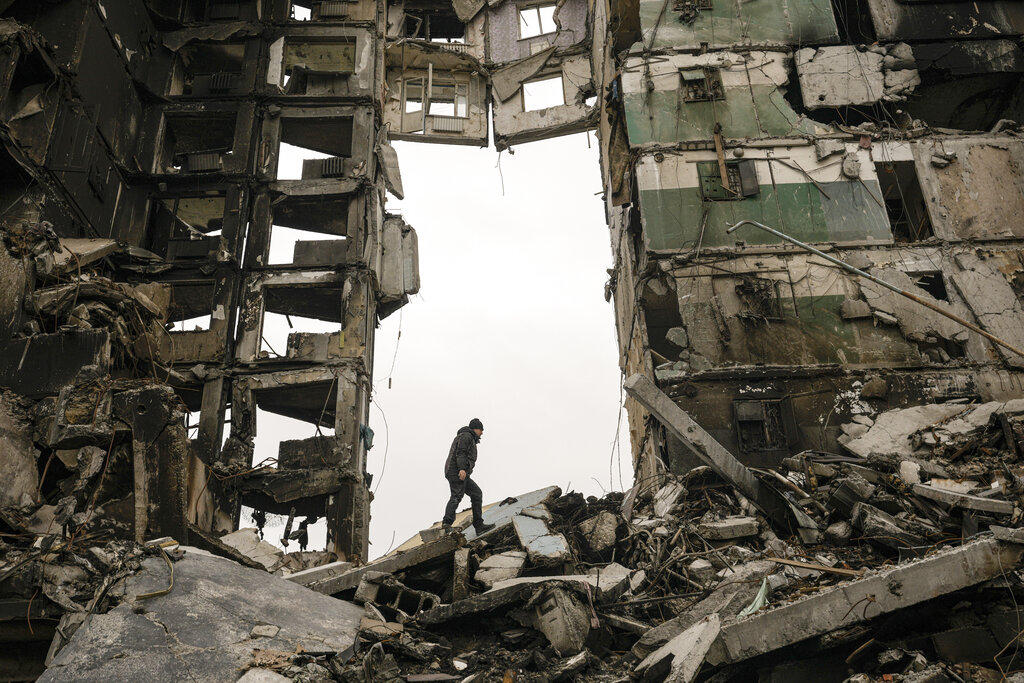 A resident looks for belongings in an apartment building destroyed during fighting between Ukrainian and Russian forces in Borodyanka, Ukraine, Tuesday, April 5, 2022. (AP Photo/Vadim Ghirda)

The war in Ukraine has already crossed the border into Poland for many Poles, with many planning how they would react if the conflict spreads, according to Polish professor Zbigniew Nęcki

Nęcki argues that Poles are already factoring in the possibility of war into their plans for the future. Given the threat, they are trying to figure out what they might to do, where they might run to, what possessions they could take, and where they could hide should fighting break out.

Some are thinking of drawing on their savings from banks, while others are making sure they have passports ready should they have to flee the country.

The academic, who focuses on the field of psychology, says that the war has destroyed any chance of a “feelgood factor” of the pandemic ending. What should have been relief has turned to anxiety of what the future might bring as a result of the war in Ukraine.

“The war hangs like a morbid shadow on the edge of our country,” says Nęcki, adding that the arrival of so many refugees has vividly brought the horrors of war to so many Polish homes.

However, according to the professor, the war has also released so much that is good in people, with Poles showing far greater sensitivity for fellow human beings and less egotistical behavior.

Despite years of capitalist culture in which people were encouraged to compete, they have not forgotten how to share. Nęcki believes that Poles have proven to be good hosts and showed the world that they are a people ready and prepared to make sacrifices to help those in need.

What has happened between Poles and Ukrainians in the past few weeks has put into perspective past historic wrongs. Saving lives became the priority and helping your neighbor and showing solidarity became the accepted and expected social norm.

It has proven to be an uplifting experience, according to the professor.