‘We were accused of xenophobia, but Poles opened their hearts to 2.5 million Ukrainians,’ Morawiecki tells CNN 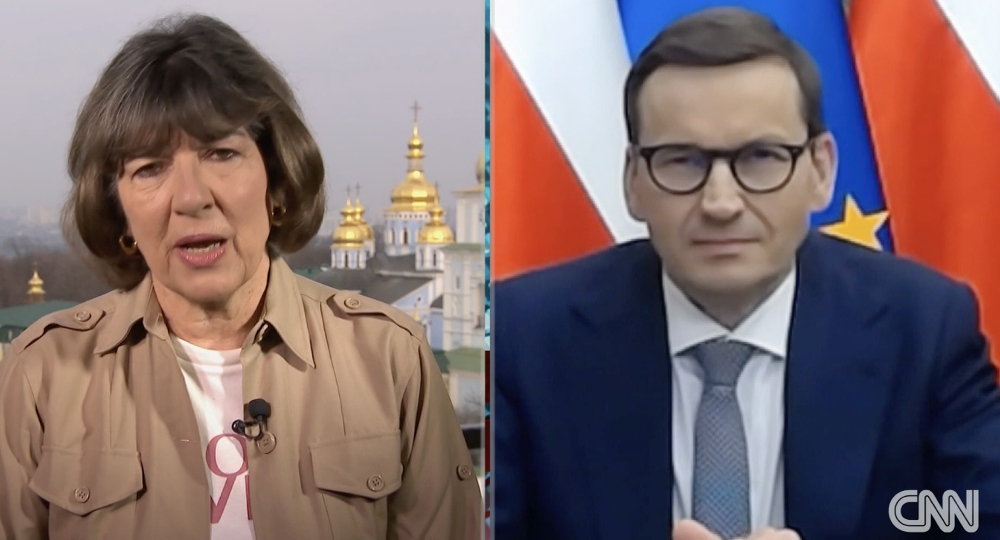 In an interview for CNN’s Christiane Amanpour, Polish Prime Minister Mateusz Morawiecki spoke about how Poland was helping Ukrainians.

‘We were accused of xenophobia but Poles opened their hearts to 2.5 million Ukrainians. We are helping them fight for their freedom and defend European values,” stated Morawiecki.

“We are doing everything to aid them here in Poland; not only to find the appropriate way for living but also to learn, to go to our health care system, to go on the labor market. And, by and large, the vast majority of people from Ukraine are pretty much grateful and happy with what they have seen here in Poland. So, we are a very open society,” he said.

He added that Poles had opened up all of their NGOs, parishes and homes so that they did not have to establish huge refugee camps.

Morawiecki also spoke about the Russian strategy during the war in Ukraine.

“I see the Russian troops regrouping, reorganizing. I think that they will try to surround the Ukrainian forces quite soon in the Donbass region in particular. And then, having captured one-third of the land of Ukraine, they will want to probably negotiate from this very, very strong position,” he explained.

The prime minister stressed that military aid had to be sent to Ukraine as soon as possible as time was working in Russia’s favor due to its massive amounts of resources and measures.

According to Morawiecki, Russia fears long-term sanctions and Poland has supported a “crushing” sanction package which includes the seizing of wealth and suspension on the purchase of resources.

He pointed out that the Kremlin has been able to partially protect itself from the consequences of sanctions for at least a few months due to fiscal and monetary policy, proof of which is the ruble’s stabilizing rate.

Morawiecki warned that while Western societies could become exhausted with the war and its consequences, Russia was prepared to wage the conflict for several months.

“I’m not so sure if the West, if the United States, the European Union, NATO is as well-prepared,” he concluded.