As much as 10,000 Ukrainian children are being admitted to schools every day, said the Polish minister of education and science 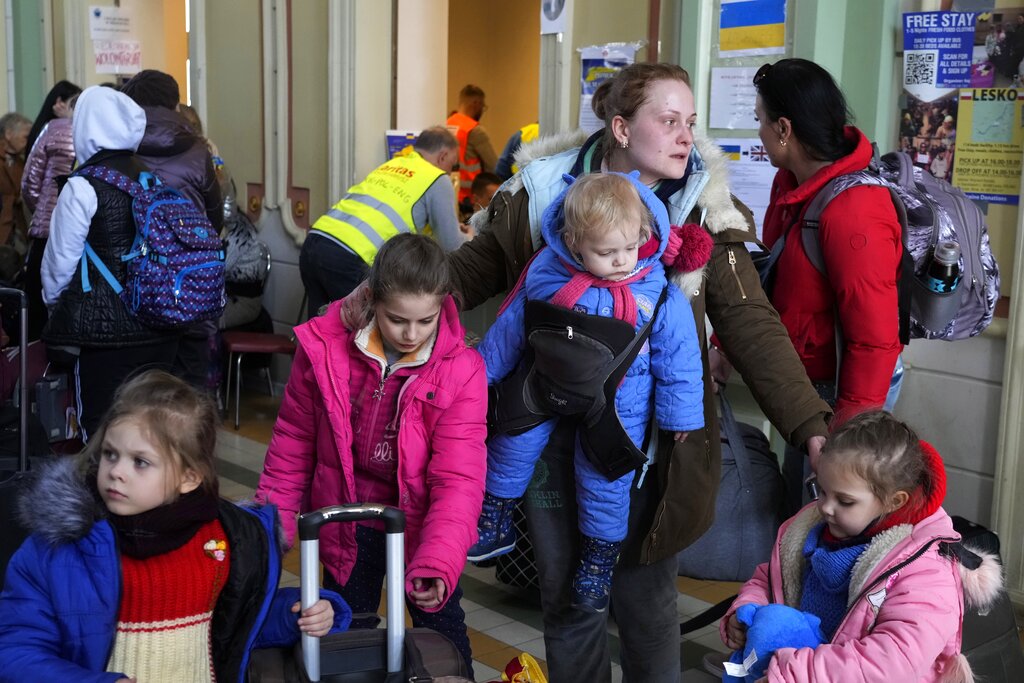 Ukrainian Marina Stadnik from Kramatosrk, waits with her four children at a train station in Przemysl, southeastern Poland, Monday, March 28, 2022. The more than month-old war has killed thousands and driven more than 10 million Ukrainians from their homes — including almost 4 million from their country. (AP Photo/Sergei Grits)

Already 130,000 children of Ukrainian refugees have been accepted into Polish schools as of Tuesday, stated Minister of Education and Science Przemysław Czarnek.

“Ukrainian children are not taking any of the financial resources dedicated to the Polish education system,” assured the politician of the United Right ruling alliance.

Czarnek admitted that the main problem is the assigning of the Ukrainian children to the right school. The Ministry of Education and Science does not want a situation where too many students are in one space. In large cities such as Warsaw and Kraków, places in schools are taken “in no time.”

“Our first and foremost objective is to let Polish children continue their education normally. We can’t let schools and classrooms get overfilled,” declared the minister.

Czarnek also thanked local government officials who he had worked with.

“We maintain good cooperation everywhere, and we answer to all requests that are made,” he said.

“We have secured the increase of the subsidies for local authorities for Ukrainian children by 140 percent. They should receive those funds by mid-April” added the minister.