Polish general: ‘We truly are on the edge of war’

“Let us hope that this time President Biden will turn out to be tough because since 2008 the initiative has belonged to Putin almost the entire time,” says General Roman Polko 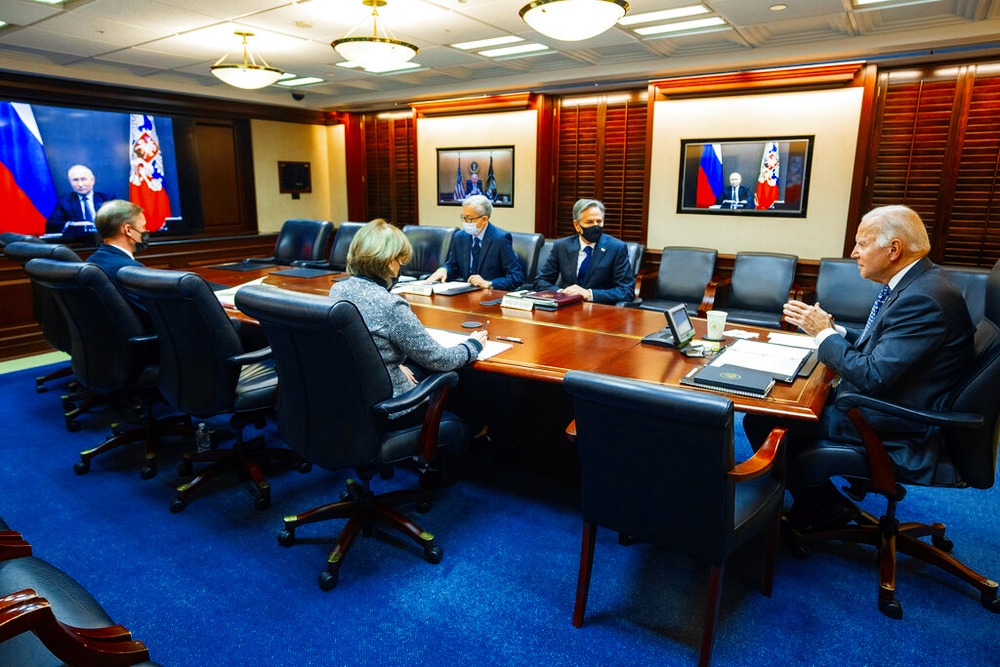 In this image provided by The White House, President Joe Biden speaks as he meets virtually via a secure video conference with Russian President Vladimir Putin from the Situation Room at the White House in Washington, Tuesday, Dec. 7, 2021. (Adam Schultz/The White House via AP)

On Tuesday afternoon, U.S. President Joe Biden met with Russian President Vladimir Putin via a video conference. During their two-hour-long meeting, Biden was to have announced sanctions and the supplying of weapons for Ukraine, as well as strengthening NATO’s Eastern flank in the case of a Russian invasion.

Former Polish special forces unit “Grom” commander, General Roman Polko, commented on the meeting and emphasized that so far Russia has held the initiative in the region.

“Let us hope that this time President Biden will turn out to be tough because since 2008 the initiative has belonged to Putin almost the entire time. He is the one dictating terms and is carrying out new annexations — from the attack on Georgia to Crimea and through the Kerch Strait. At this moment he is directing the attack of migrants against the EU,” Polko warned.

The Polish general emphasized that the time had come for the West to take the initiative because it would lead to victory.

“It cannot end with mere words once again because that emboldened Putin and allowed him to move the red line further and further away. He currently does not have anywhere to move the line again,” Polko said.

“We truly are on the edge of war and Ukraine deserves to have the NATO accession program opened to it and guarantee its security. The United States and United Kingdom were the guarantors of Ukraine’s security during the annexation of Crimea,” he reminded.

The general believes that if Putin is effectively blocked now, then such a move would serve the security of NATO as a whole, as it would be defending its own territory “against an aggressive Putin and his unpredictable subordinate Lukashenko.”