Poland’s ruling Law and Justice (PiS) would be unable to obtain a majority in the parliament if the elections were held today, new study suggests 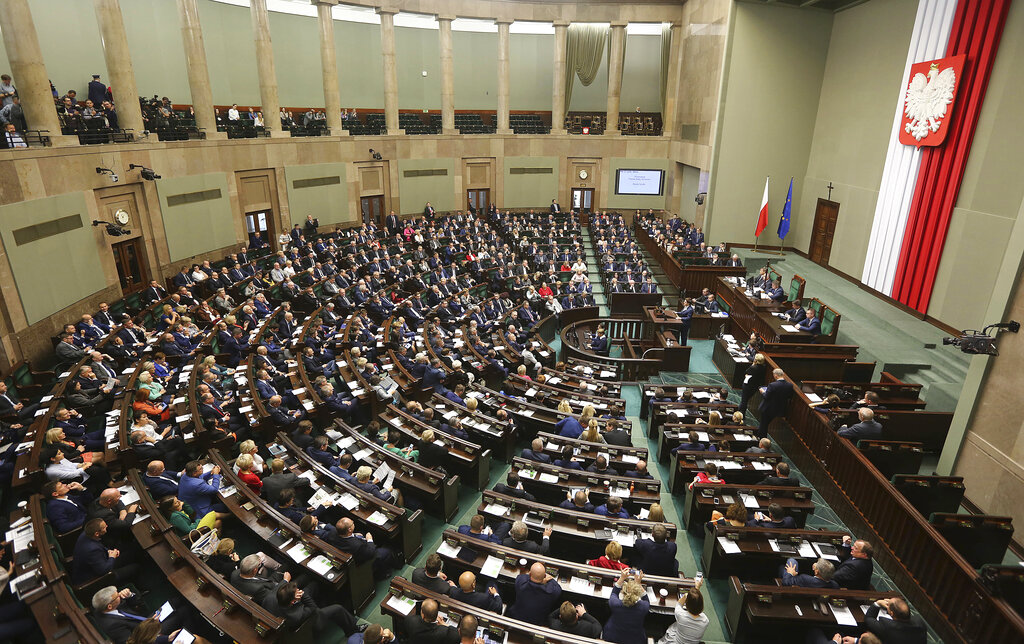 If Polish opposition was able to unite, it would score a decisive win against the conservative Law and Justice (PiS) in the upcoming elections, the newest poll by the Economic and Social Research Institute (IBRiS) for the Rzeczpospolita outlet suggests.

PiS still has the lead with 33.7 percent support, a 1 percentage point increase compared to the last study by IBRiS, while Civic Coalition (KO) is in second place with 27.6 percent, a 0.9 percent increase.

The three other liberal opposition parties also would make it into parliament: 10.9 percent of respondents declared that they will vote for Poland 2050 (1.3 percent increase), while the Left is at 10.1 percent (0.8 percent increase), and Polish People’s Party (PSL) is at 5.7 percent (a 0.5 percent decrease).

The Confederation, which opposes both PiS government and liberal opposition, would secure 5 percent, which is a 0.2 percent decrease in support from the last poll.

“The study shows that fluctuations of the support rate are negligible. However, post-election politics are determined by the ability to form a ruling majority, and if the elections were held right now, United Right would not be able to obtain one,” Rzeczpospolita daily points out.

Using the D’Hondt system, depending on selected variables, PiS cannot form a government even if it managed to sway Confederation into a formation. Out of the required 231 seats in the Polish parliament required to obtain a majority, Jarosław Kaczyński’s party can hope to achieve 192 to 205 MP seats.

Rzeczpospolita points out that the opposition parties made up of Civic Coalition, Poland 2050, The Left, and PSL, can expect to win 253 or 254 mandates, based on a forecast that assumes the electoral lists will not be blocked. Compared to the calculations from October, the number of mandates that the opposition could obtain increased by five or six seats.

In a second scenario, using a purely mathematical method that does not take the 2019 election’s vote distribution and district differences into account, PiS obtains 192 mandates, Confederation receives 1, Civic Coalition would obtain 158, Poland 2050 would obtain 45, The Left would be at 43, and PSL at 21.

This result would “give the opposition an even greater advantage in the parliament,” notes Rzeczpospolita.