Some Putin-supporting nationalists are now directing bitter criticism towards the Russian military and even political leadership, writes Grzegorz Górny for portal wPolityce.pl 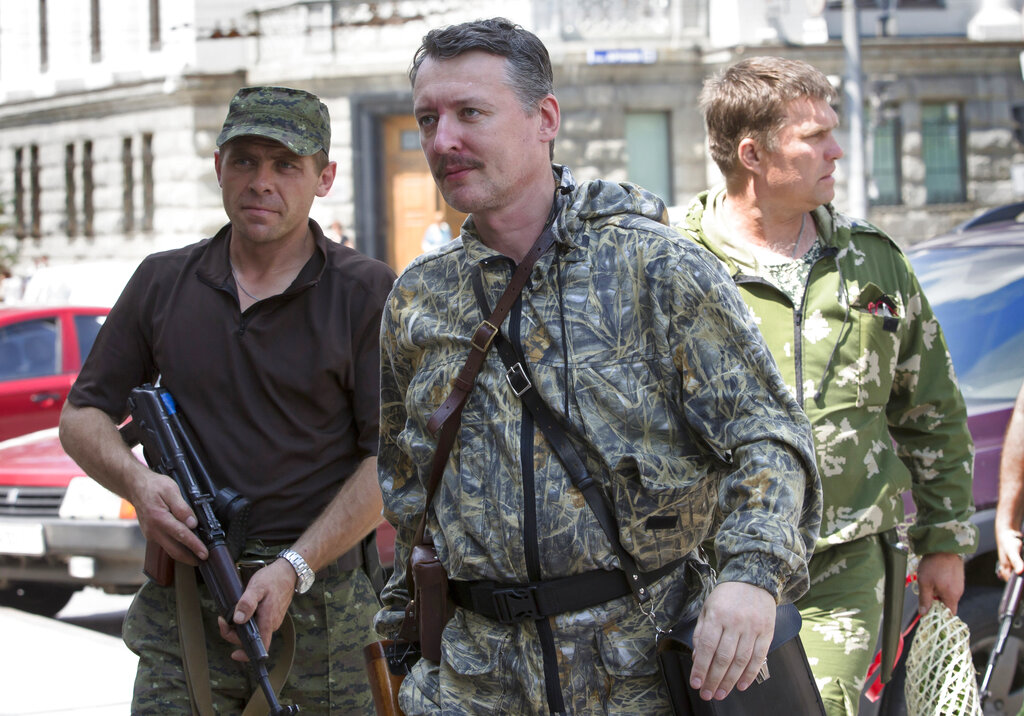 Friday, July 11, 2014 file photo, Igor Girkin also known as Igor Strelkov, a pro-Russian commander, center, in the city of Donetsk, eastern Ukraine. Three Russians and a Ukrainian went on trial Monday, March 9, 2020 in the Netherlands, charged with multiple counts of murder for their alleged involvement in the 2014 downing of Malaysia Airlines Flight 17, which killed all 298 people aboard. (AP Photo/Dmitry Lovetsky, File)

The Kremlin has never had a problem with neutralizing opponents of the war and the regime. They have more problems coping with those who criticize them from the right, such as Igor Strelkov, also known as a former FSB Colonel Igor Girkin who masterminded the operation in Crimea in 2014. Even back then, Strelkov was criticizing the Putin regime for failing to take Kharkiv and Odessa in order to create a separate pro-Russian Ukrainian state.

Unlike the Kremlin’s propagandists, he does not talk about successes of the war in Ukraine but concentrates on errors and defeats. For example, on April 28, Strelkov admits the enemy is defending well against Russian forces. He predicts that the attack on the Donbas is unlikely to succeed because there are not enough forces on the ground to surround the Ukrainians.

Strelkov has become very vocal in his criticism of Defense Minister Sergei Shoigu after a Russian battalion was destroyed in Luhansk during the attempted river crossing on May 11. Around 500 soldiers died and 80 armored vehicles were destroyed. Strelkov accused Shoigu of criminal negligence bordering on treason. This kind of criticism is coming from a rabid anti-American and anti-Ukrainian Russian nationalist.

On Tuesday, Strelkov went further in criticizing the Kremlin. He uses a variety of sporting metaphors, comparing the military operation to Russians being told they have the best players and the top manager, but when it comes to actual competition, it turns out that the hockey team has no sticks, the footballers don’t have enough players, boxers are getting knocked out in the first round, the weightlifters can’t lift the weights, and team managers refuse to adjust or comment on the performance – instead they just keep saying things are going according to plan.

Strelkov goes on to complain that he gets told not to be unpatriotic and to support the team but that the shame of what is happening is filtering through. When people realize what is really happening all that will be left is “ashes”.

This is what the Kremlin fears most; that it will be seen as a loser to a nation and state that they said did not even exist. Can people forgive a weak Tsar losing wars? Strelkov thinks not and is raising the alarm that there is little time left. The nationalists like him now see the failures of the war even though they want it to continue, as they cannot accept Russia losing a war to Ukraine.

They will not forgive Putin if he can’t turn this war around.