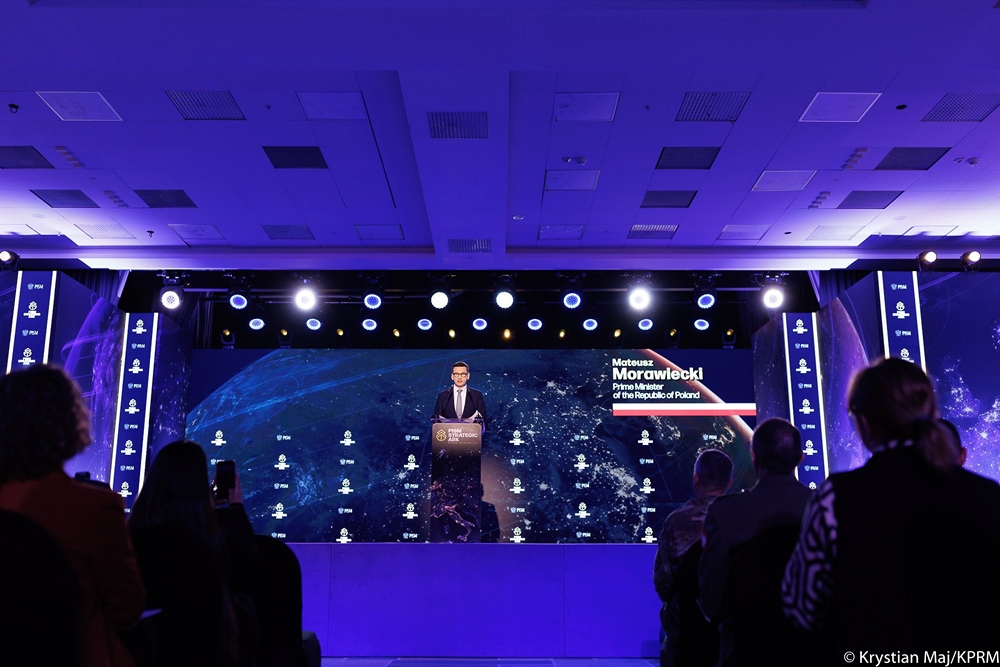 Poland’s Prime Minister Mateusz Morawiecki has firmly rejected any notion that Russian President Vladimir Putin should be allowed to save face following his country’s invasion of neighboring Ukraine, and called for Russia’s total isolation on the global stage in the years to come.

“I hear that there are attempts to allow Putin to save face on the international stage, but how can you save something that has been lost?” Morawiecki asked during a speech at the Polish Institute of Foreign Affairs’ (PISM) “Strategic Arc” conference in Warsaw.

“The paradox of this war is that if Ukraine wins it will be its victory, but if it loses it will be a defeat for all of us and the world as we know it,” the Polish leader warned.

He went on to state his belief that the massacre in Bucha, the murder of civilians in Irpin, and the destruction of Mariupol should be a geopolitical wake-up call for all of Europe and rid other countries’ leaders of any illusions that Russia can row back from its current position under the Russian president.

Called for the total isolation of Putin, Morawiecki acknowledged that diplomacy needs dialogue but insisted that Europe should not negotiate with terrorists, that criminals must be tried, and that the Russian myth of greatness had to be defeated and eliminated.

“Putin is not the madman many see him as. He knows that to beat us he must divide us. That is why we must remain united,” the Polish leader told the conference.

“It’s not enough to win the war, we must not lose the peace. We must all decide that Russia will never again be allowed to threaten peace in Europe and the price of that peace must be borne by more than just the EU and NATO.

“We have to defeat nationalism and colonialism. There can be no western world without a free and victorious Ukraine,” declared Morawiecki.

The Polish prime minister reiterated his country’s support for Swedish and Finnish membership of NATO, declaring that Poland would defend the Nordic countries in case of a Russian attack.

He expressed his view that their entry into NATO would be a strong signal of increasing security in Europe and a major defeat for the Kremlin, reiterating that unity was the key.