Thanks to Poland, Germany could gain independence from Russian oil 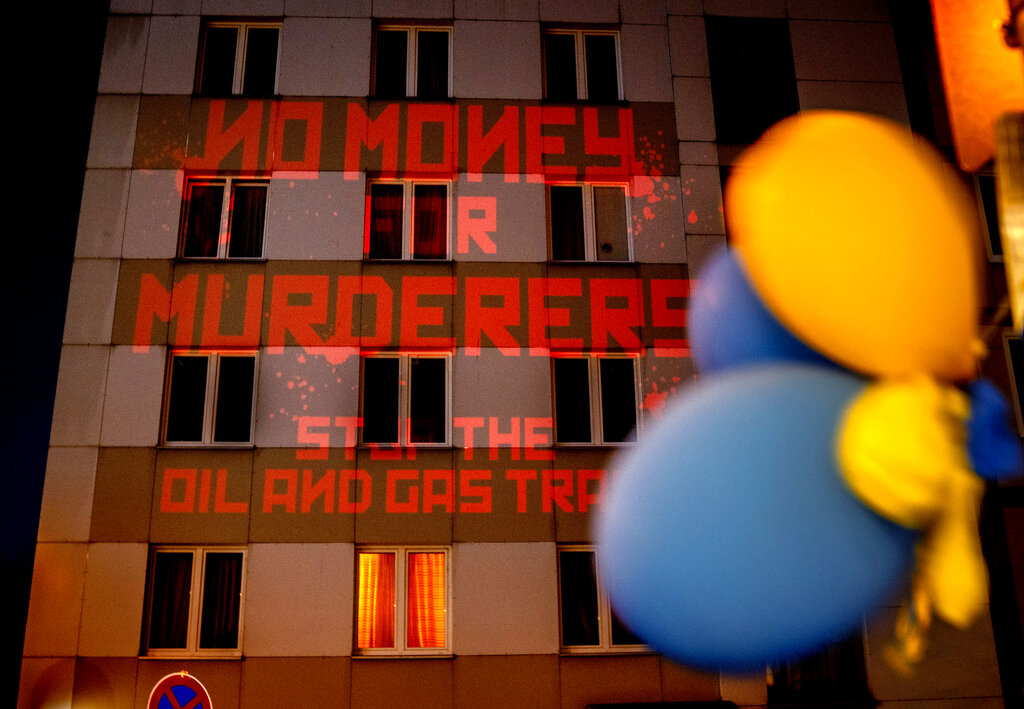 The words "No Money for Murderers, Stop the Oil and Gas Trade" are projected by activists onto the Russian consulate in Frankfurt, Germany, April 4, 2022. Europe is discussing a boycott of Russian oil over the Kremlin's invasion of Ukraine. (AP Photo/Michael Probst, file)

A new Polish-German energy agreement under discussion could allow Germany to join oil sanctions against Russia, which means that thanks to Poland, Germany could gain energy independence from Russia when it comes to oil.

“In the next couple of days, we will be analyzing mutual mechanisms, joint efforts to de-Russify energy policy,” announced Polish Minister of Climate and Environment Anna Moskwa, after meeting German Minister of Climate and Energy Robert Habeck in Warsaw on Tuesday. Moskwa pointed out that it is important for Poland to achieve full European solidarity in imposing complete sanctions on Russian resources imported to the EU.

Habeck admitted that stopping Russian energy imports is possible. He also pointed out that in previous weeks, Germany drastically reduced its dependence on Russian oil.

He stated that during talks with Poland’s climate and environment minister, it was decided that both countries will cooperate in the areas where they have shared interests. He stressed that, for example, the German government will prepare a plan for using oil reserves to supply refineries in case Russian oil imports are dropped. In this context, he pointed to the Schwedt refinery close to the Polish border controlled by Russia’s Rosnieft. The refinery also supplies Polish clients, he reminded.

The consequences of a Polish-German deal

One Twitter user pointed out the practical consequences of the Polish-German cooperation on energy and securing oil supplies. Thomas C. Theiner observes that the German refineries in Spergau and Schwedt would need to be closed due to the sanctions (oil would not be transported through the Druzhba pipeline). However, there is a way out of this situation.

Theiner pointed out that the Polish Pomeranian oil pipeline has an annual capacity of 30 million tonnes, enough to meet the needs of both Poland and Germany, and it is connected to the Druzhba pipeline in Płock, located in central Poland.

The Polish-German deal allows Germany to ship oil to Gdańsk from abroad and later deliver it to Germany through the Pomeranian pipeline, adds Theiner.

According to Thomas C. Theiner, the Russian decision to cut their deliveries of gas to Poland was in retaliation for the Polish-German deal regarding oil deliveries.

Germany will face far more difficulty cutting Russian gas, and there are concerns that if more countries begin dropping Russian oil that it could lead to a major price increase on the world market.