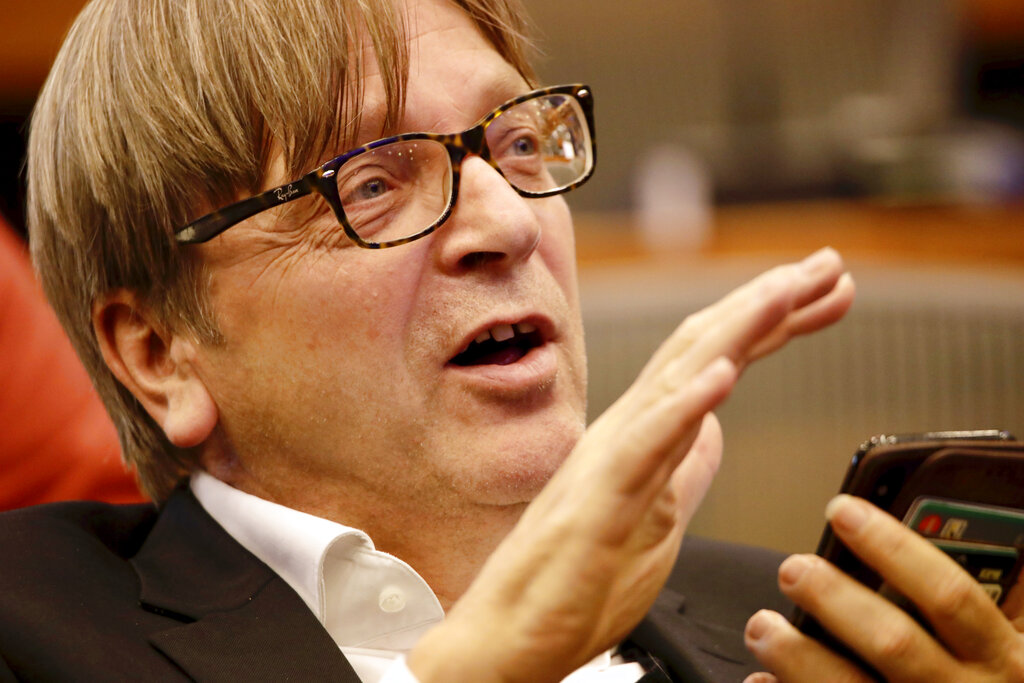 In a series of tweets, the Belgian MEP, a frequent critic of conservative administrations across Europe, was responding to Kaczyński’s recent comments about how there is a “German-Russian plan to rule Europe” and accused the Polish opposition leader Donald Tusk of working with Poland’s adversaries to “enslave Poland.”

It isn’t the first time the outspoken Verhofstadt has chastised the Polish government. When the European Commission accepted the disbursement of Polish recovery funds on a preliminary basis, the Belgian MEP even took steps to dismiss Ursula von der Leyen from the position of European Commission president. On Monday, he reiterated his threats against von der Leyen on social media:

After a summit of European right-wing parties at the end of last year in Warsaw, he attacked Law and Justice (PiS) and accused Polish politicians of being pro-Russian. It is worth noting that the Belgian MEP’s post was published in Polish. “Only Putin and no Europe… PiS (Law and Justice) brings Poland closer and closer to their national nightmare… all in the name of blind party ambitions!” the MEP wrote.

A couple of weeks earlier, Verhofstadt commented in Polish on the meeting of Law and Justice politicians with French nationalist Marine Le Pen. He then accused Polish authorities of possessing a “hatred for Europe.”

At the beginning of this year, during the debates of the climate change conference in Warsaw, Verhofstadt admitted that he wants measures to be taken to create “European sovereignty.”

“The EU, in my personal opinion, will not survive, if we do not change it, if we do not reform it,” Verhofstadt said at the time. “The goal of the Conference on the Future of Europe is to redefine the future direction for the EU.” Verhofstadt said that changes were necessary so “we can handle those problems and defend EU’s sovereignty on a global level, as at this moment it does not exist.” Without federalist reform, Verhofstadt warned it will be the Americans, Chinese, and Russians who will decide the future of Europe.