According to Czech Minister for European Affairs Mikuláš Bek, Orbán’s recent speech in Tusványos will have “political consequences” 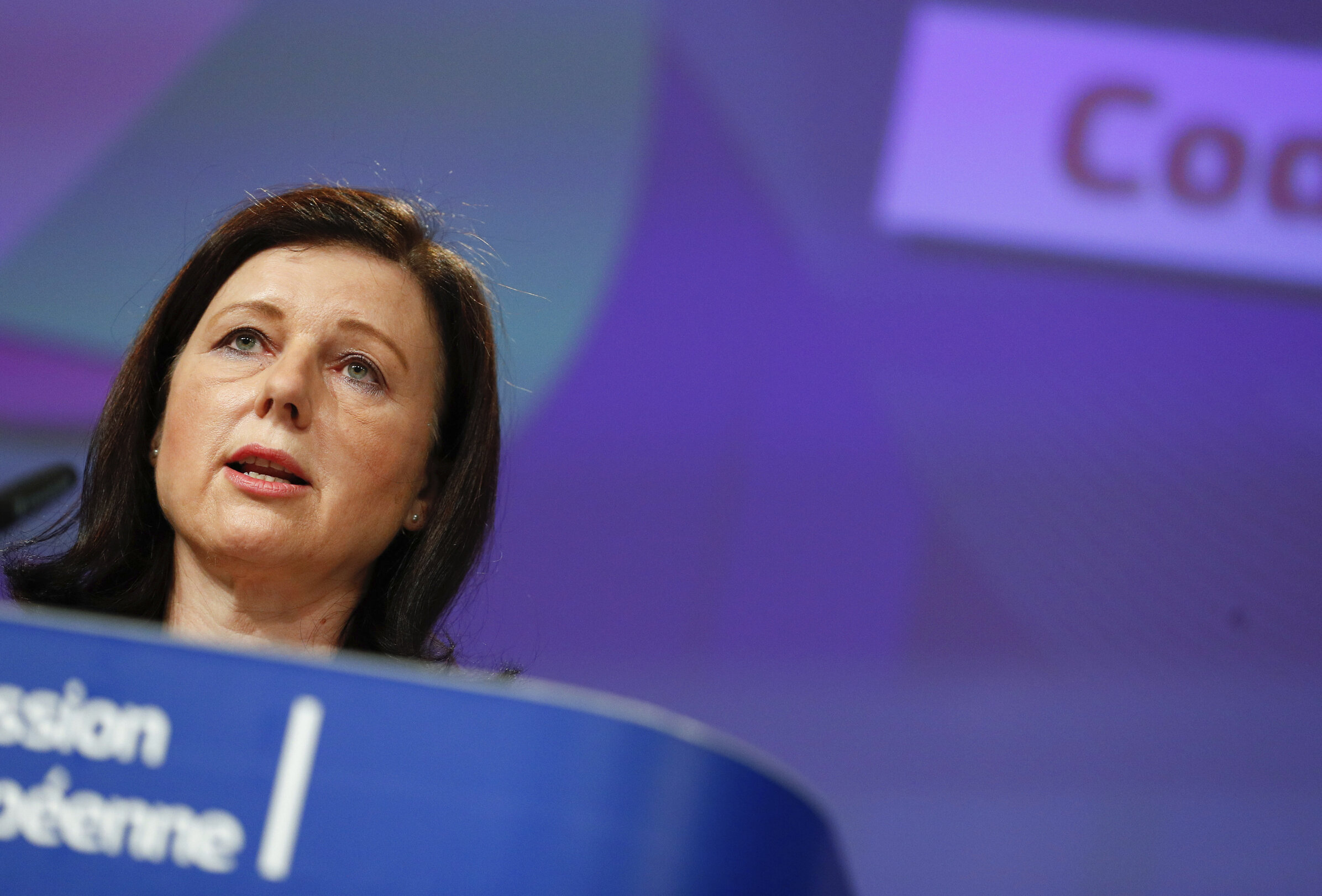 European Commissioner for Values and Transparency Vera Jourova addresses a media conference on the guidance for strengthening the code of practice on disinformation at the EU headquarters in Brussels, Wednesday, May 26, 2021. (Johanna Geron, Pool via AP, File)

The Czech presidency of the European Union could initiate a vote among members on whether or not to impose sanctions on Hungary due to alleged breaches of the EU’s rule of law principle, according to Věra Jourová, the Czech vice-president of the European Commission.

Brussels has repeatedly concluded that the Hungarian government of Prime Minister Viktor Orbán has limited the independence of the judiciary and the media in the country, and Jourová has claimed there is no need to formally wait for anything; a vote could take place at any time and the Czech presidency of the EU Council could play a crucial role.

“The Czech presidency can order voting on sanctions against Hungary due to violations of the rule of law at the first opportunity that arises,” explained the European commissioner responsible for EU values, including the rule of law.

The head of the Hungarian government most recently attracted much criticism after he spoke out against a multi-ethnic society, and warned against the “mixing of Europeans with non-Europeans” in a speech in Transylvania, Romania, home to a large Hungarian minority. Orbán stated that Hungary did not want to become a people of mixed races.

Many European politicians condemned the speech as “racist” and unacceptable for 21st century Europe. Zsuzsa Hegedüs, Orbán’s longtime adviser, resigned in response to it, calling his speech “purely Nazi.”

The representative of the Czech presidency of the EU, Minister for European Affairs Mikuláš Bek, expressed his opinion on the remarks, albeit between the lines. According to him, Orbán‘s speech will have “political consequences.” In addition, it can further escalate the critical attitudes of the member states towards Hungary.

Jourová has now outlined the possible conclusions. She reminisced that the EU institutions have two parallel disputes with the Orbán government; the first since 2018, due to violations of the rule of law by Fidesz members and their allies. This year, a safeguard was added to protect the European budget against its alleged misuse by the Hungarian government’s majority.

Meanwhile, the second conflict, which may lead to the country losing a substantial part of billions of euros from Brussels, has just started. According to Commissioner Jourová, the dispute over the destruction of the rule of law can be concluded immediately. In the most extreme case, Hungary is threatened with having its EU voting rights withdrawn.

“The Czech EU presidency has three theoretical options,” said Jourová. “Initiate a debate on how to proceed with Hungary as soon as September at the Council for General Affairs, which will, however, threaten to backfire because there will be enough countries that will want to defend Viktor Orbán,” the commissioner said.

“The second possibility is that, on the contrary, the Czech presidency will find out that four-fifths of the member states, 21 countries, are already angry enough with Orbán and will vote on a recommendation to Hungary that it either fixes what it has to fix or faces sanctions for the rule of law destruction,” Jourová added.

France considered this possibility last September because of the perceived anti-LGBT legislation that critics say was recently approved by the Hungarian parliament, but the French did not find enough countries to support the vote against Hungary. The then Czech government of Andrej Babiš was also against the punishment of Orbán.

The third possibility is that the Czechs let member states vote directly on withdrawing some of Hungary’s rights from the EU, but it is the least likely, because everyone, including the Poles, who are in dispute with Brussels over the rule of law would have to raise their hand against Budapest.

Věra Jourová considers it crucial for the rest of the EU to return to Orbán’s speech in Transylvania, Romania.

“That speech was over the line. The matter should be on the table to maintain the good reputation of the EU,” she said. “We have a lesson from history, and we see it today even in the case of the Russian attack on Ukraine, that evil must be faced in time because otherwise, it will continue to grow.”