The curious friendship between Viktor Orbán and Andrej Babiš

The Hungarian PM is openly supporting his Czech counterpart prior to the Czech elections despite Hungary’s feud with EU commissioner Vera Jourova, who hails from the same party as Andrej Babiš, writes wPolityce.pl columnist Grzegorz Górny 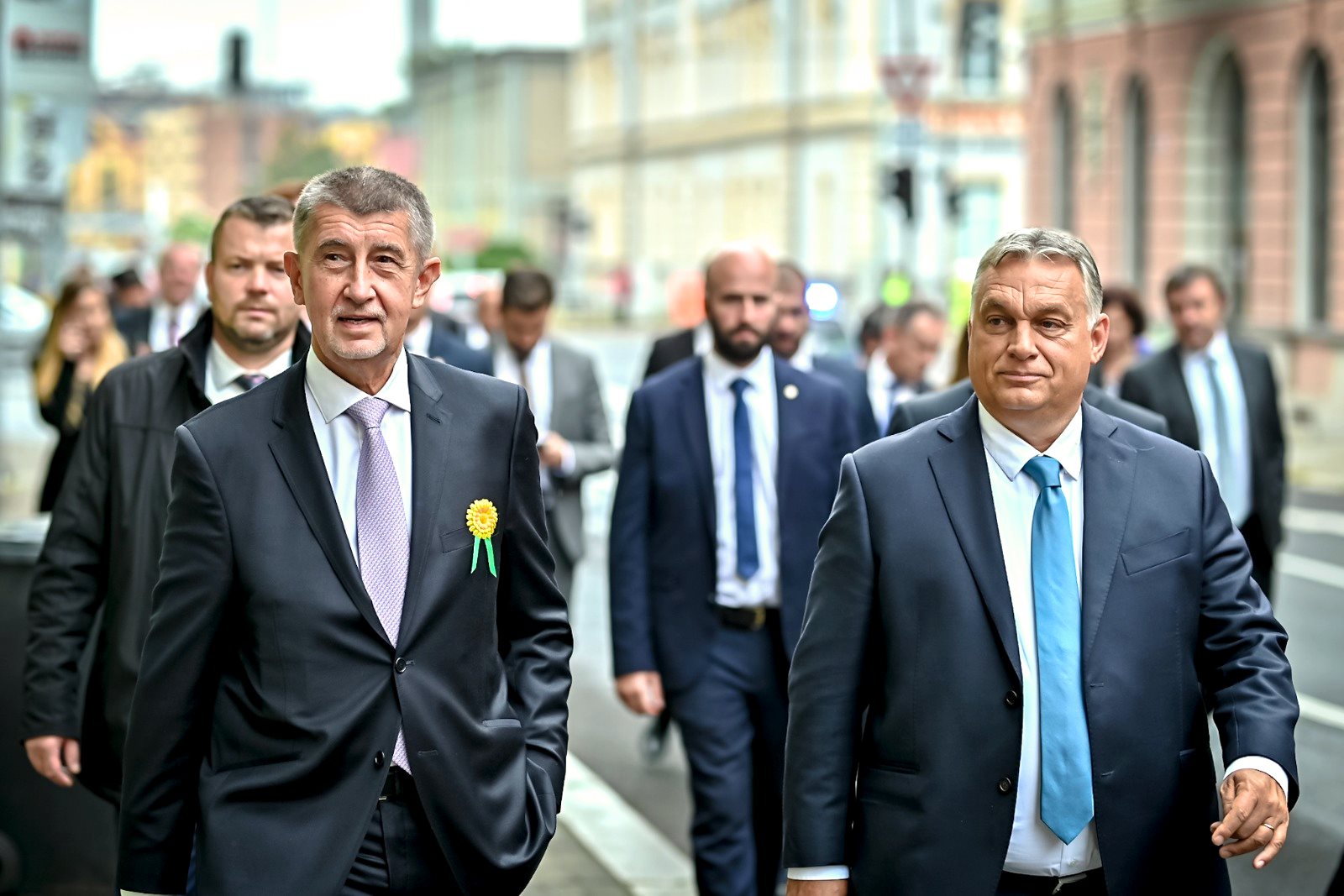 On the home stretch, just before the parliamentary elections in Czechia set to take place on Oct. 8 and 9, Czech Prime Minister Andrej Babiš has received open support from his Hungarian counterpart Viktor Orbán. Last week, Fidesz’s leader appeared in Usti nad Labem, the town in which Babiš is running for the position of MP. The politicians first held a private meeting and later took part in a joint debate in front of a packed audience.

The discussion between the prime ministers was dominated by criticism of the EU’s migration policy. Babiš thanked Orbán for erecting a fence on Hungary’s southern border in 2015 which barred entry to the masses of illegal migrants who would have otherwise traveled through Czechia to reach Germany. Prague authorities also decided to support Budapest and sent 50 police officers to help protect the Hungarian-Serbian border.

Although Orbán said that more reinforcements are not currently necessary, he was resolute that at whatever point a huge wave of migrants from Afghanistan might arrive, he will not hesitate to ask Czechia for aid.

Following the meeting with Babiš, Orbán also met with Czechia President Miloš Zeman. Together, they spoke about the negative consequences to both countries of the European New Green Deal being pushed on member states by the European Commission.

Orbán must have concluded that the victory of the pragmatic Babiš is more beneficial to him than the triumph of the anti-Babiš coalition led by the Pirate Party.

No one in Czechia has any doubt that Orbán’s visit to the country is a clear signal he wants to support the Czech prime minister, whom he publicly calls his friend. Nevertheless, the term “friend” sounds odd, especially in the context of recent actions taken by EU commissioner Vera Jourova, who is a member of the same party as Andrej Babiš (ANO) and who was recommended for her position by the prime minister himself.

It is none other than Jourova who constantly attacks the Hungarian government on the European forum for allegedly breaking the rule of law and who is threatening to activate the so-called rule of law mechanism. There have been no reports so far of the Czech prime minister defending his friend from his own protégé — what an odd friendship this must be.

Yet, Orbán must have concluded that the victory of the pragmatic Babiš is more beneficial to him than the triumph of the anti-Babiš coalition led by the Pirate Party. As they say in Hungary, it’s better to have a rough friendship than open animosity, and better to speak with cynics than fanatics.

Even the smallest number of votes may decide the upcoming elections, as polls indicate that the opposition and government are currently running neck-and-neck. In this context, Orbán’s visit is meant to attract the right-wing electorate — especially the anti-migration and euro-skeptical one who view Orbán as a hero — to Babiš’ side. These voters have hitherto voted for the Freedom and Direct Democracy party but may change their support at the last moment, and Babiš is counting on this.

As a side note, Babis’ ANO party belongs to the Alliance of Liberals and Democrats for Europe Group (ALDE), among whose members we will also find the liberal Modern party from Poland, which is currently in a coalition with the Civic Platform.

Interestingly, no one from the Modern party has traveled to Prague to support their colleague from ALDE. Is there no friendship within this family?

In light of the current conflict over the Turów coal mine, it will be hard to find someone keeping their fingers crossed for Babiš in Poland. Yet, there is also no guarantee that future negotiations — for example, with the Pirate Party — would be easier for Poland in the wake of a Babiš defeat.