The future of Central Europe: The Three Seas Young Parliamentarians Forum in Warsaw 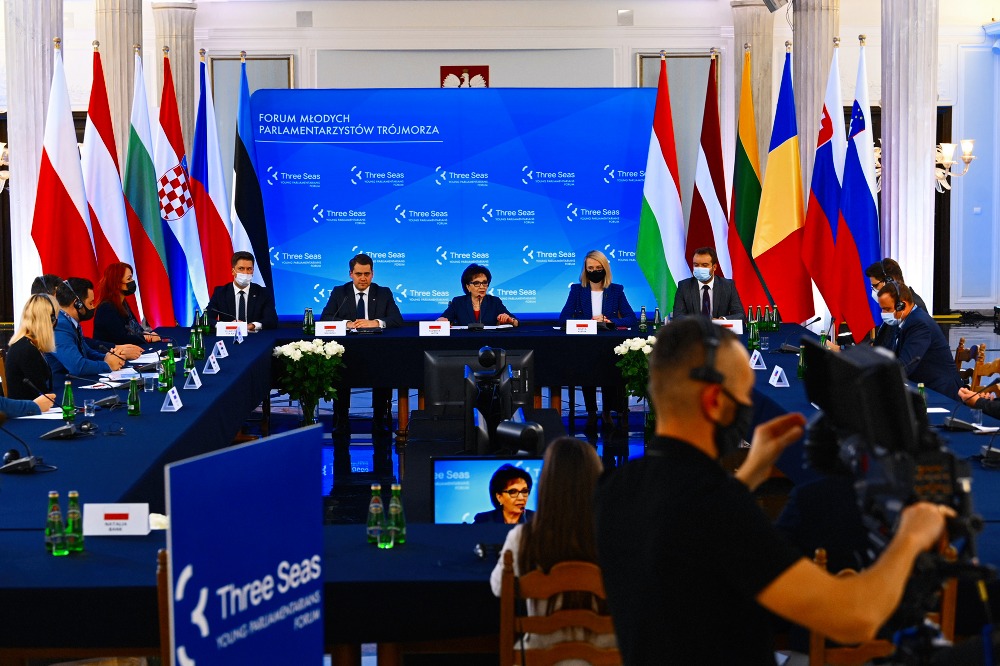 Speaker of the Sejm Elżbieta Witek thanked the young politicians for participating in the forum and engaging in debates on issues important to the Three Seas. The Speaker of the Sejm declared that the Three Seas Initiative was a project which was “proof of the confidence of our region as we see our common identity in it. Simultaneously, we are ready to face our deficits and limitations.”

Witek underlined that the Three Seas was not meant to be competition for the European Union but rather a valuable tool meant to help build unity and cohesion in Europe through mitigating economic differences on the East-West axis. She also emphasized the importance of parliaments in the process of building the Three Seas’s recognition. She hoped that meetings between young Three Seas parliamentarians will be continued and help develop cooperation.

At a conference which summarized the forum, Law and Justice (PiS) MP Marta Kubiak stated that a new area of development between Three Seas countries could be culture. Another PiS MP, Daniel Milewski, added that during the forum the creation of working groups was encouraged.

One of the participants from Estonia, Riina Sikkut, emphasized the importance of the project as a platform for international cooperation.

“The best way to obtain huge public support is the fulfillment of projects. We have many tools to do so such as the Three Seas Investment Fund which will help us turn our efforts into the creation of a single digital market and achieve ambitious climate goals,” she said.

Sikkut added that the Three Seas should also be able to overcome infrastructure obstacles in the future and coal neutrality must be accomplished through the Three Seas.

The forum was held in Warsaw from Sunday to Tuesday. Representatives from nine Central European and Balkan states took part in the meetings.

The Three Seas Initiative is a regional cooperation platform between 12 Central-Eastern European states which are also EU members. The project was initiated by President Andrzej Duda in 2015. The Three Seas is comprised of the following countries: Austria, Bulgaria, Croatia, Czechia, Estonia, Lithuania, Latvia, Poland, Romania, Slovakia, Slovenia, and Hungary.