Hungarian FM to Poland: Only a solid border fence can stop illegal migrants

Poland can count on solidarity from Hungary, and not just regarding the current migration crisis, Hungarian Foreign Minister Peter Szijjarto said 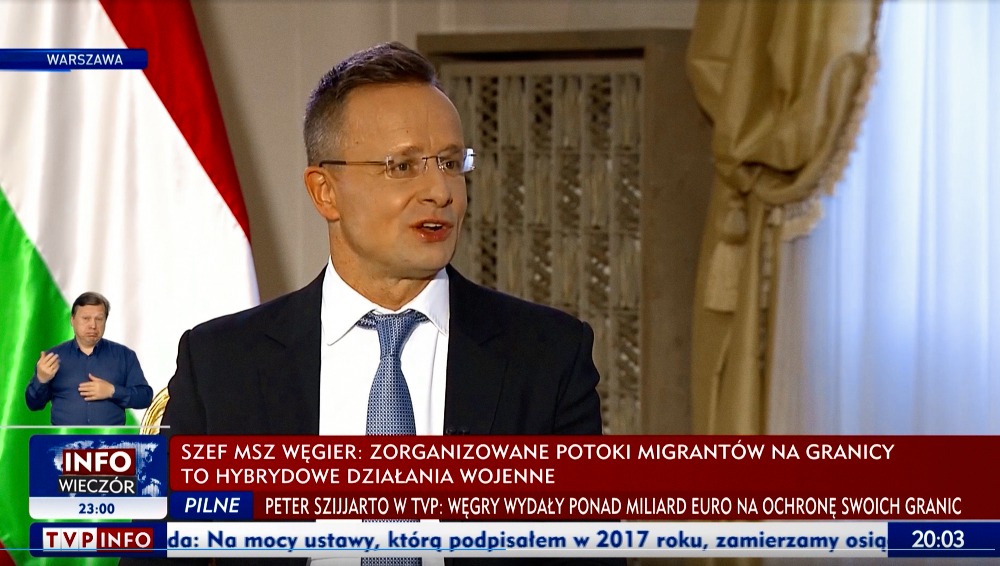 Hungary’s Foreign Minister Peter Szijjarto made an appearance on Polish public television station TVP where he commented on the current migration crisis on the Polish-Belarusian border, comparing it to the 2015 migrant crisis.

“In 2015, we were faced with a very similar situation in which 400,000 illegal migrants traversed our country and did not care for local laws, did not want to cooperate with local authorities, took over public spaces, and blocked roads,” he said.

Szijjarto emphasized that the only solution to such a crisis was already implemented by Hungary and involves the construction of a fence on the border. Without physical obstacles and the right people on site, it is impossible to stop migrants from crossing over. He admitted that while Hungary had created a strong border infrastructure successfully over the last six years, it had cost over a billion euros and without any support from Brussels.

“We had been very severely attacked. Some of our European colleagues compared us to the worst dictatorships of the 20th century. Yet the difference between now and 2015 is that this time Poland will be applauded for its actions and that is very good,” he said.

“They should think back to 2015. If we had defended ourselves back then, we would not be dealing with millions of migrants arriving in our continent. The migrants who came to Europe in 2015 pose a huge threat. Western European societies are forced to abandon their traditions, symbols and way of life,” he warned.

In context of situation of the Polish-Belarusian border, the Hungarian FM emphasized that dealing with organized migration waves on the border of another country was hybrid warfare.

“Poland can count on Hungary’s solidarity and not just in the case of the illegal migration but also in other European issues,” he declared.

The foreign minister also commented on the EU’s decision to block Poland and Hungary from accessing billions of euros from the EU Recovery Fund. He declared that this was pure blackmail based on ideology and political bias.

The head of the Hungarian diplomacy explained that Poland and Hungary were countries which went against the mainstream and liberalism but were successful at the same time. He said it is unbearable for the liberal mainstream to see policy based on a Christian, patriotic and right-wing foundation can be successful.

Szijjarto noted that Brussels often used double standards, such as in the case of Poland’s judicial reform. For example, Spain, which is governed by a left-wing government, has a judicial system that operates in a very similar manner to Poland’s but no one in Brussels is complaining about it or launching legal actions against the country.

“Brussels is behaving like a political imperium and that should not be happening,” he concluded.