Will the Jourová scandal drive a wedge between Hungary and Czechia? 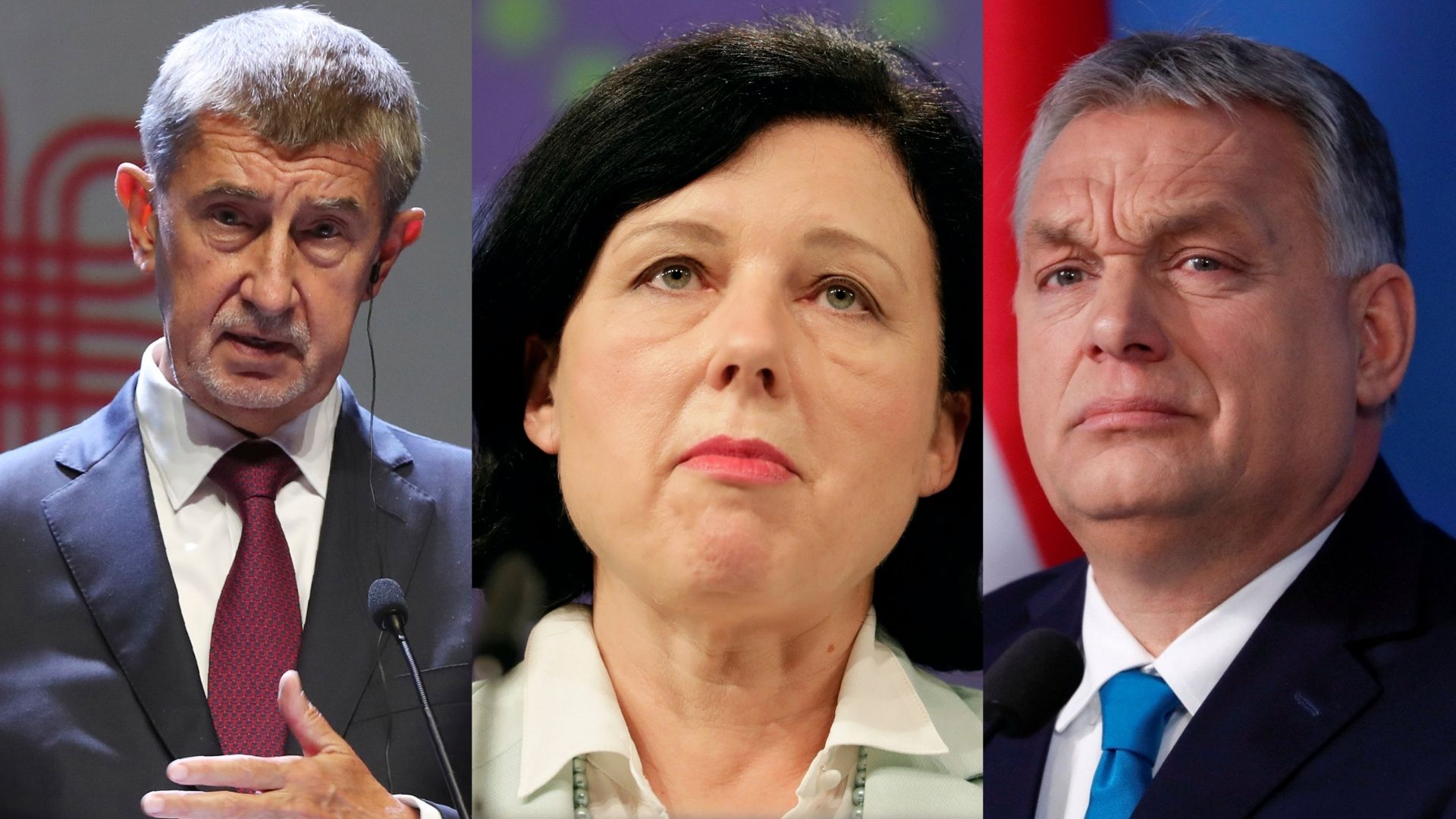 The scandal surrounding the recent statements and conduct of the Vice President of the European Commission for Values and Transparency Věra Jourová seems to be growing since the damaging publication of leaked video footage, in which the Hungarian MEP Anna Donáth from the far-left party Momentum admitted to having regular contact with Jourová.

The scandal threatens to cast its shadow over the Visegrád Four partnership between Czechia and Hungary, as Jourová seems to enjoy the continued confidence of Czech Prime Minister Andrej Babiš. She is a member of Babiš’ party ANO, and her nomination for the post of a Vice President at the European Commission was a significant boost for the prestige and standing of Babiš’s party at home and abroad.

Although Babiš’s party ANO is a member of ALDE, a left-leaning parliamentary group within the EP, it encapsulates a large spectrum of political views ranging from right-wing conservativism and nationalistic tendencies, down to liberal and globalist views.

In the case of Commissioner Jourová though, one could detect a certain deviation from the policies that the Czech prime minister has been seen advocating in recent years. According to sources, her pro-migration stance, links to American oligarch George Soros and his network of NGO’s, as well as her lack of regard for the Visegrád Four alliance’s proclaimed common goals had led to tensions with Babiš, who is maintaining strong and often cordial political ties both with the Hungarian and Polish governments.

Jourová’s recent criticism regarding Hungary in particular, such as her interview with German magazine Der Spiegel in which she calls Hungary a ‘sick democracy’ and criticizes alleged violations of press freedoms, have prompted strong protests from the Hungarian government and accusations of bias.

Her alleged ties to George Soros and his pro-migration NGOs were in particular singled out for criticism. Calls for her resignation have come from both the Hungarian Prime Minister Viktor Orbán, as well as from the Hungarian Justice Minister Judit Varga.

Answering journalists’ questions, Babiš has revealed that he has no plans to speak with Orbán regarding the commissioner’s conduct, however, there are tell-tale signs of possible tensions in Babiš and Jourová’s relationship.

Firstly, ANO’s coalition member from the social democratic party ČSSD, Foreign Secretary Tomáš Petříček had expressed his full confidence with Jourová, as did Ursula von der Leyen, president of the European Commission. No such statements have come from the Czech Prime Minister’s office.

Perhaps more tellingly though, Babiš had stated that ‘it is necessary for the European Commission to communicate with the [Hungarian] government and parliament, not only with the opposition’, indicating that he is aware of an imbalance in how European institutions are assessing information coming from Hungary.

This rebuke had come even before direct links between the far-left Hungarian opposition party Momentum and Jourová have been revealed in a leaked video footage, in which Momentum’s MEP Anna Donáth boasts about “speaking to Jourová every three days.” Although Babiš and Orbán have gone their separate ways in other issues, such as their response to the conflict in Belarus, the Jourová affair remains more of an embarrassment that Babiš will need to address sooner or later, rather than a point of conflict between the two Visegrád Four leaders.

Hungary and Czechia have in recent years seen a positive trend in political cooperation, such as their common front against the European Union’s migrant quotas or their resistance against what they see as EU sponsored identity politics. Economic co-operation has also seen an upswing, most notably in defense. Hungary has adopted the Česká Zbrojovka-made assault rifle and pistols for their armed forces, as well as the acquisition of a 50 percent share in Aero Vodochody, a trainer and fighter jet manufacturer, by Hungarian businessman András Tombor. Hungarian exports to Czechia have in 2019 reached over €5.1 billion, according to the United Nations COMTRADE database on international trade.

In short, there is much at stake between Hungary and Czechia. The only question now is how much Jourová may damage the growing relationship between the two countries.