Will the West heed Poland’s warnings? 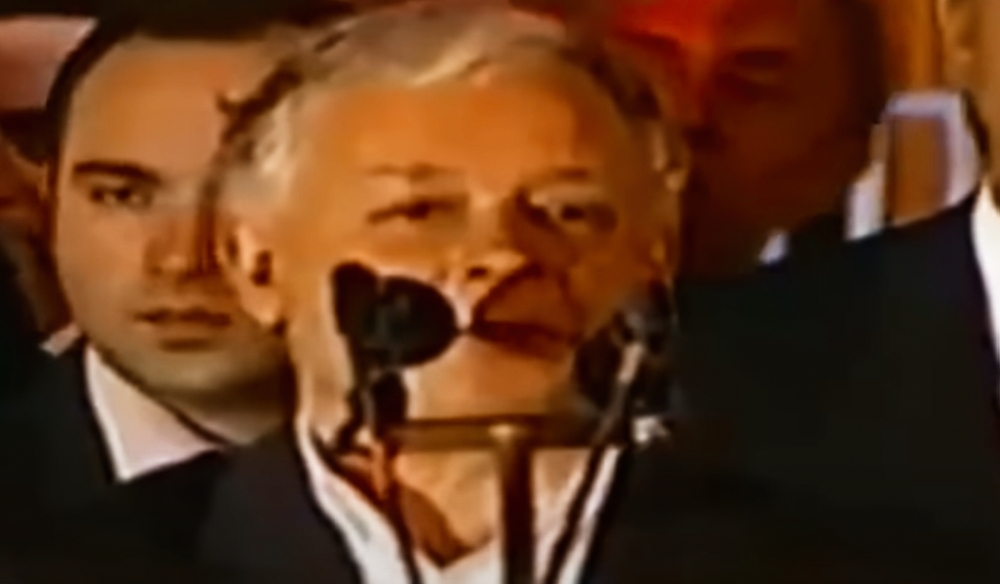 Lech Kaczyński during his speech in Tbilisi, Georgia in 2008. (Source: YouTube/Wyklęci)

One of the world’s most renowned economic newspapers, the Wall Street Journal, posed an important question: Will the West heed Poland’s warnings on Russian aggression?

“Should the West fail to heed the Poles’ calls for a stronger response, it isn’t hard to imagine a future in which a pro-Moscow Ukrainian government stands idly by as Mr. Putin picks his next target,” the WSJ article’s author, Adam O’Neal, emphasized.

He also hearkened back to Lech Kaczyński’s words from Aug. 13, 2008, which were part of his speech in Georgia’s capital, Tbilisi. Back then, in the face of Russian aggression, the Polish president assured Georgians that they could count on Poland’s solidarity. Kaczyński had been the initiator of the meeting and had invited other European leaders from Estonia, Ukraine, Latvia, and Lithuania.

“That country [Russia] believes that the times of its empire, which had fallen less than 20 years ago, are coming back — that domination will once again be a characteristic of this region. It will not! Those times are gone once and for all — not for 20, 30 or 50 years,” former Polish President Lech Kaczyński had stated.

“When I initiated this summit, some believed that the other presidents would be afraid. No one was afraid! Everyone had come. Because Central Europe has brave leaders. And I would like to tell this to not only you, but also to those from our common European Union: Central Europe, Georgia, our whole region, will matter!” he declared.

Kaczyński then relayed the most foreboding words of his speech.

“We also know that today it is Georgia, tomorrow it will be Ukraine, the day after it will be the Baltic States and later, perhaps the time will also come for my country, Poland,” he had said.

The speech is widely considered to have been one of the most important ones for European security in recent years.

On April 10, 2010, President Lech Kaczyński along with 95 people died in a plane crash in Smolensk, Russia.