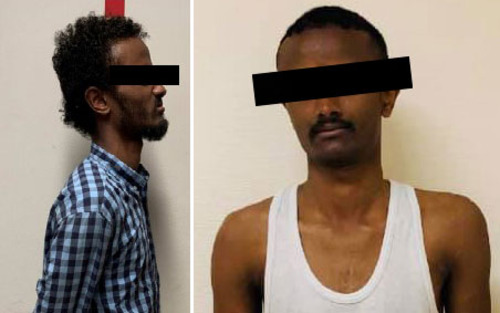 A Somali migrant is accused of attacking a large number of Swedish women and screaming racist remarks against White people, along with threats to rape and kill them. Despite the suspect’s long list of crimes, the 23-year-old cannot be deported back to Africa as he already obtained a Swedish passport.

On July 22 this year, a woman visited the Pallas Gallery in central Borås to buy a gift. As she passed a Black male at a bench by the escalators, he suddenly knocked her down. He then went on to beat several other Swedish women and men in the area, according to the indictment.

When the police arrested 23-year-old Mohammed, he was very aggressive and screamed, “Fucking racists.” When the police asked him why he was so upset, he shouted, “White people are evil and racist,” according to the police report.

“He shouts and talks incoherently about the Holocaust and about how White people should die and that he should f**k and kill White people,” said one of the police officers who arrived on scene.

One year earlier, on July 16, 2020, according to the indictment, Mohammed attacked two other women and kicked them in the leg and foot, respectively.

He is also accused of threatening to kill two female social workers, whom he also called racists and Nazis.

In a police interrogation, Mohammad has announced that he “does not accept any accusations and that everything is due to racism” and that the police “want to fill his register”, according to the preliminary investigation.

The trial against Mohammad was held last week but no verdict has yet been handed down.

Mohammad has received a Swedish passport and can therefore not be deported with current legislation. In that case, new laws would be required that would make it possible to take away the citizenship of third-world immigrants.

The case has been brought to the attention of journalist Joakim Lamotte, who states that since Mohammad became a Swedish citizen in 2015, he has been convicted of several cases of drug offenses, threats against an official, and illegal driving.

“I and many others probably wonder why he has been allowed to remain in Sweden after his first crimes,” said Joakim Lamotte.