‘I pledge allegiance to the queers’ 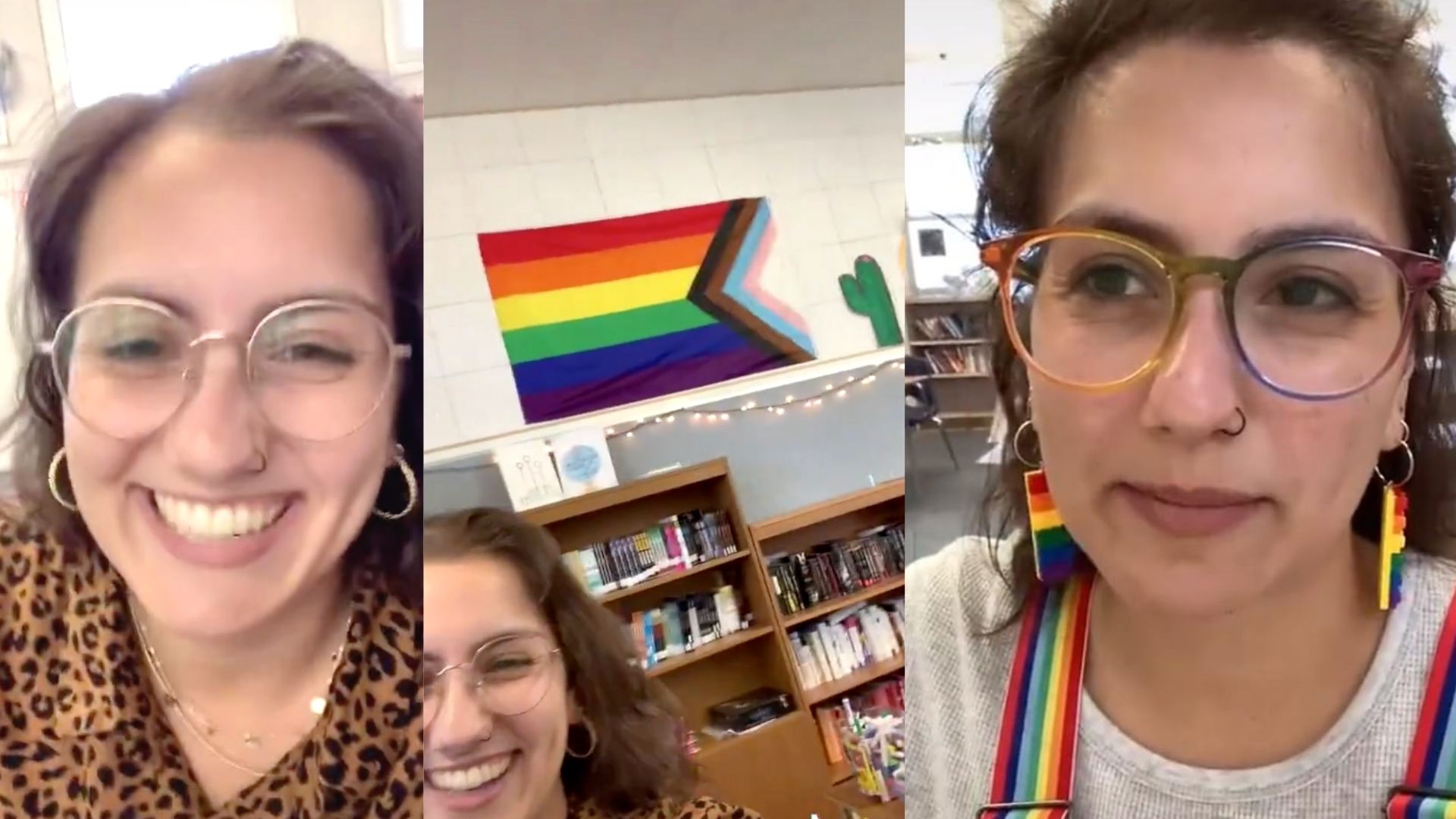 Rising progressivism in American schools can take many forms, but the latest example serves as a stark example of the ideology being taught to schoolchildren. In a video posted to TikTok, a young English teacher at a high school in California shares how she told her students that they do not have to make a traditional pledge of allegiance to the US flag if they do not want to, and according to her, it will be much better if they make their pledge to the LGBT flag.

Kristin Pitzen, an English teacher at Back Bay High School in California, says in the video that her students are to make a traditional pledge of allegiance to the American flag, which is a standard part of various school days and ceremonies in schools across the nation.

But then she continues by saying that she took the flag down during school closures related to COVID-19, because it made her uncomfortable. She claims she packed it away and forgot where she placed it.

“But the children told me that it is kind of weird when they stand and say it to nothing. And I told them I’d find it, that I am working on it, of course,“ Pitzen said with a laugh, hinting that she had no plans to look for anything.

“In the meantime, I tell this kid that we do have a flag in class that he can pledge allegiance to,” Pitzen adds, showing the rainbow LGBT flag in the shot.

Another video was made by Pitzen on the occasion of the so-called Pride Month, a month that celebrates LGBT. In the video, she is wearing rainbow glasses, earrings and shows how she decorated the whole class for the occasion. Then, she displays the LGBT flag in her class.

“I pledge allegiance to the queers,” Pitzen announces, adding that she also intends to hang a larger flag in the classroom, but will probably need a ladder to do so.

A spokesperson for the Newport Mesa School District has released a statement to Fox News, which reads: “We are aware of this incident and are investigating. While we do not discuss employee related matters, we can tell you that showing respect and honor for our nation’s flag is a value that we instill  in our students and an expectation of our employees. We take matters like this seriously and will be taking action to address it.”

By pledging allegiance to the U.S. flag, Americans have traditionally shown their loyalty to their country. The form of oath used to this day was proposed by Francis Bellamy in 1892 and formally approved by Congress in 1942. The pledge is made at many public events, recited by students and teachers of primary and secondary schools, among others. Those reciting the pledge typically place their right hand over their heart.

Title image: In this June 26, 2015, file photo, a crowd celebrates outside of the Supreme Court in Washington after the court declared that same-sex couples have a right to marry anywhere in the U.S. On Friday, Aug. 16, 2019, the Justice Department brief filed telling the Supreme Court that federal law allows firing workers for being transgender.