Exclusive interview: The Russians gained control of several African countries ‘because France shot itself in both feet,’ says French expert on Africa

Russia has taken steps in recent years to solidify its diplomatic relations across Africa at France’s expense, warns Prof. Bernard Lugan, a French Africanist and historian in an exclusive interview with Remix News 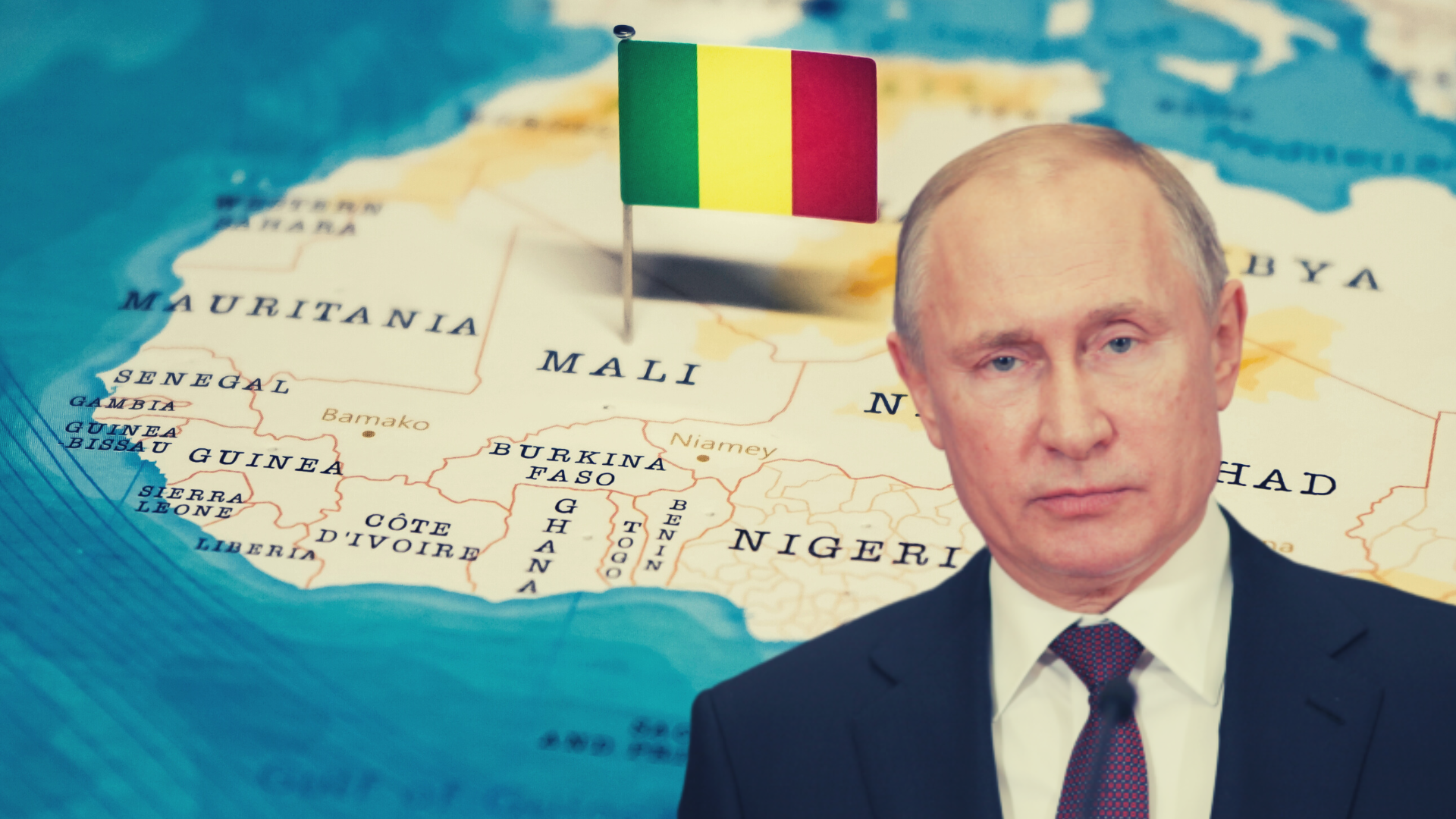 Born in Morocco during the French protectorate, Bernard Lugan worked at Rwanda’s University of Butare from 1972 to 1982. After moving back to France in the 1980s, he held a chair at the Jean Moulin University in Lyon and until recently, before his retirement, he taught at the École de Guerre officers’ school and the Saint-Cyr Coëtquidan military academy. He was an expert witness for the International Criminal Tribunal for Rwanda from 2002 to 2012, producing several reports. He is the author of an online monthly magazine called “L’Afrique Réelle” (The Real Africa) and has written a number of books, the latest of which, published in 2022, is entitled “Comment la France est devenue la colonie de ses colonies” (How France has become a colony of its colonies).

How did the Russians manage to replace the French in Mali with their Wagner Group?

The truth is the French have put themselves out of Mali on their own, just as they had already done in the Central African Republic. There has been an accumulation of French political errors and this is what I have been explaining for years on my blog and in my books. Nature abhors a vacuum and in Mali, as in the Central African Republic, the Russians came up because the French shot themselves in both feet.

Concerning Mali, the political error committed by the French was to put forward a mistaken diagnosis which consisted in talking about the fight against Islamist terrorism. The problem in that country is not a question of religious terrorism. This is not a religious issue but a problem of traditional opposition between various populations, an opposition which is indeed used by the jihadists. However, as I have explained many times, if overnight the jihadist groups were eliminated as if by a wave of a magic wand, the Mali question would still not be resolved. The real issue in Mali is the opposition between the north and the south, that is, the opposition between the white populations of the north, the Tuareg, and the populations of the south, with the Fulani in the middle, who are fighting against both the northerners and the southerners. It is thus an ethnic wound that is super-infected by jihadism. 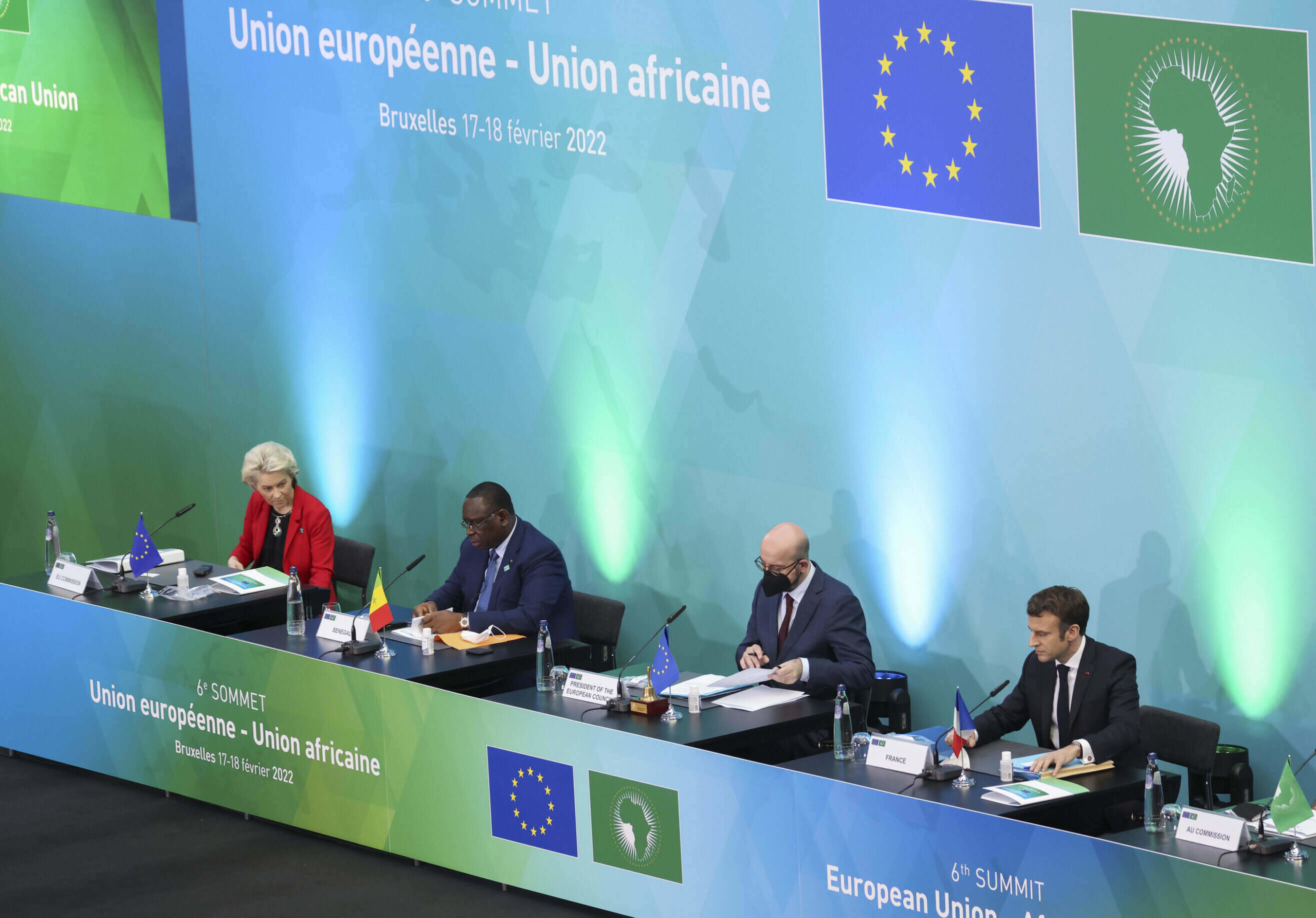 France and its allies, including Czechia, are withdrawing from Mali

The heart of the military operation will move to Niger, announced Emmanuel Macron

France has made the serious mistake of ignoring the ethnic question. The military had seen it, but the civilians in Paris refused to see it. This brought us to a dead end, with results on the military level, but which did not lead to anything.

In fact, the Wagner group (Russia’s mercenary group which operates outside of army structures) is a sort of presidential guard for the current Malian authorities, with a few small elements that help support some of the Malian forces that are in a difficult situation today in the face of various rebellions. It is not at all intended to replace the French army and make the Malian government win the war. It has neither the human nor the material means. It also lacks the political means and the necessary knowledge of the country.

Do the accusations of abuses against the civilian population made against Wagner’s mercenaries in Mali seem credible to you?

Yes, they are credible, but it is not Wagner, it is Malians liquidating members of other ethnicities, and there happen to be Wagner people there. However, it is not Wagner who causes this. Wagner’s men are in support. There are eight or ten Wagner men for every 300 to 400 Malian soldiers. Malian soldiers fall on the Fulani and massacre them, and there are people from Wagner who are present, but they are not the ones who organize these kinds of massacres.

Do you think that France is making the same mistakes in the other Sahelian countries where it is still present, such as in Niger, for example?

Yes, and Niger is going to follow suit. France’s next two failures are going to be in Niger and Chad. I don’t know if it will happen in a month, in six months or in a year, but if France continues on the same line, failure is guaranteed.

We could then see the Wagner Group arrive in these two countries, couldn’t we?

I’m not sure the Russians can afford to send Wagner at this time when they have problems in Ukraine. I don’t think we’re in the same situation as we were a year ago, when Wagner was appearing everywhere, even in Guinea. As the Russians have been fighting a war with 200,000 men against 800,000 Ukrainians, they are forced to repatriate a maximum number of troops and I therefore find it difficult to see how they could develop a policy of replacing the French at the present time.

One can see in past titles of your monthly magazine L’Afrique Réelle that you were already talking in 2019 about the “great return of Russia to Africa,” you had topics on “Russia’s African policy” as early as 2018, and even in 2017 regarding Libya, and so there seems to be, well beyond the current presence of the Wagner Group in several countries, a real Russian strategy in Africa, right?

In fact, Russian President Vladimir Putin has resumed the exact same strategy that was deployed by Soviet Russia in the last phase of the Cold War. As long as Stalin was in power, Russia was mainly interested in Europe, it did not have a truly global vision. Then, as the political elites in the Soviet Union changed, the USSR realized that the West was encircling it with its network of alliances in Europe, Asia, etc.

The doctrine that was developed at that time by the Politburo of the Soviet Union was to surround the encirclers. It was a question of taking on those who were encircling the Soviet Union, i.e. helping the countries of North Africa, Asia, etc., and trying to have allies south of the Mediterranean Sea to break the encirclement.

Putin started to pursue exactly the same policy from the moment he realized that Europe did not want him. When he first came to power, Putin was very European. He was truly a European, not a Siberian Russian but a Baltic Russian. So he thought he could have dealings with Europe but, for various reasons, this did not happen. So when he realized that Europe was turning its back on him because it had chosen the United States, he felt that Russia was surrounded. He thus found himself exactly in the situation of the Soviet Union in the period when this African policy was decided.

In order to try and break the circle that exists in his eyes against Russia, Putin turned back to the Soviet Union’s Africa, using Russia’s old networks to that end. Let’s not forget that countries like Sudan, Guinea, Mali, and many others, are countries where young people were trained at the Patrice Lumumba University in Moscow. Those people are now in their fifties or sixties, and they are in power or in positions of influence. So, Russia has reactivated its old friendship networks.

This is something that is clearly visible, but since we have political leaders in the West who have no historical memory and no culture, they have not understood this.

What has changed with the war in Ukraine?

I myself am not an expert in the internal life of Russia, but I can say that the Russian presence is less visible in Africa today. Russia probably does not have the means to deploy there when the house is on fire. Russia’s power abroad is being weakened. Just look at what just happened between Azerbaijan and Armenia. While the Russian troops are supposed to be there to ensure that the ceasefire is respected, there has been fighting, and even severe fighting, with more than a hundred deaths.

I was going to ask you if France and Europe were not at risk of being deprived by Russia of access to hydrocarbon resources and raw materials in Africa, but if I understand correctly, if there is a risk, it comes rather from China…

Let’s be clear, in terms of raw materials, Africa is not strategic. It only plays an important role for a few very rare metals that are in the Kivu area of eastern Zaire, i.e. the present Democratic Republic of Congo. For the rest, with the exception of certain gas and oil deposits, Africa is not strategic for Europe and we can very well do without it.

But in any case, at the moment, as long as the issue of Ukraine is not resolved, Russia will be a bit on the back foot in Africa. However, in the previous phase, during which Russia developed an active, not to say aggressive, policy in Africa, it was not raw materials that it was looking for. It knew very well that it did not need them, especially since it is full of raw materials itself. Russia has in fact been trying to play a very subtle card in my opinion. Rather than spending money on development, which is of no use at all — we have been doing it ourselves for 70 years and we see the results — the Russians thought that they should take control of the really powerful groups in Africa, i.e. the armies. Because by holding the armies, they can hold the countries. The Russians’ calculation was very simple. It consisted in having voices in the U.N. that would allow Russia not to be isolated. Just look at how Africa voted when it came to the votes about the war in Ukraine.

This is still the Russian obsession, and it goes back to imperial Russia. With its obsession with access to the warm seas, Russia is convinced that it is surrounded. Seven or eight years ago, I visited the former military headquarters of the Soviet Union, which had been built under the city of Moscow in the event of a nuclear war. It is a fascinating visit for a historian because they show you films where everything revolves around this obsession with encirclement. To us French, it may seem incredible: France, which is a very small country, does not have the impression of being surrounded, and Russia, which extends over two continents, over immense areas, has the impression of being encircled.

Seeing itself as being surrounded, Russia thinks that it needs support and actors who will relay its message abroad, and it’s got them. At the UN, very few African countries voted to condemn Russia over Ukraine.