“Hungary is a tolerant and patient country with regards to homosexuality, however, there is a red line that must not be crossed, and I will sum up my opinion henceforth: Leave our children alone!” said PM Viktor Orbán 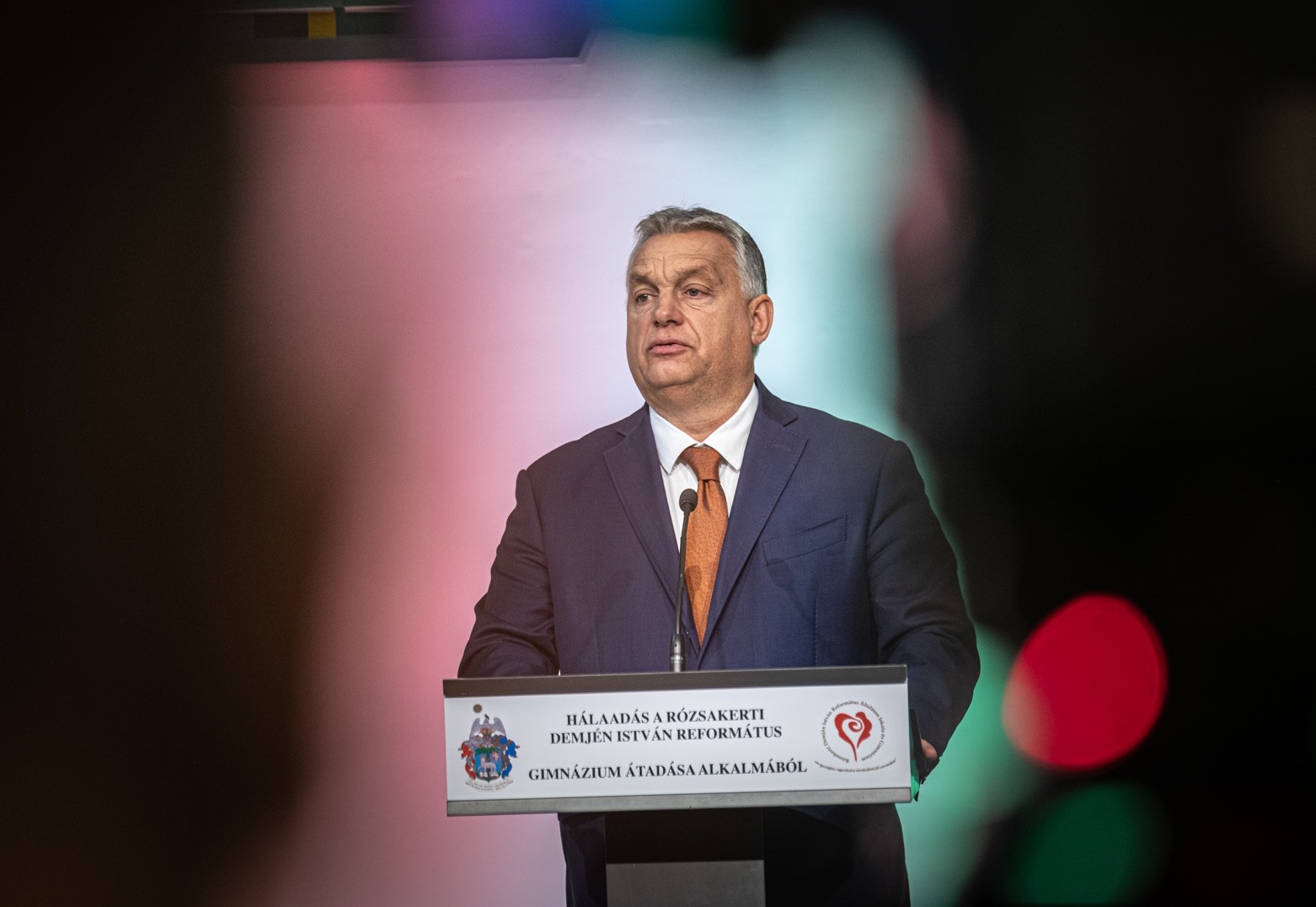 Amnesty International and seven other NGOs filed a complaint with Hungary’s constitutional ombudsman against Hungarian Prime Minister Viktor Orbán accusing him of excluding the LMBTQI community from society, humiliating them, and violating their human dignity guaranteed by the constitution.

According to these organizations, the Orbán reinforces certain negative stereotypes that can be found in Hungarian society against sexual minorities.

The complaint comes as a reaction to the prime minister’s words during a radio interview in which he commented on the publication of a children’s storybook published by Labrisz Lesbian Society. Orbán remarked that the Hungarian legislation regarding homosexuality is based on “a very tolerant and patient approach, as Hungarians are tolerant towards this phenomenon. Moreover, Hungarians are tolerant to the point that they will put up with very provocative demonstrations… Hungary is a tolerant and patient country with regards to homosexuality, however, there is a red line that must not be crossed, and I will sum up my opinion henceforth: Leave our children alone!”

Perhaps unsurprisingly the publishers of the children’s gender education story book, the Labrisz Lesbian Society, is one of the signatories of the petition against Orbán. They are generously funded by the same Norwegian Funds that, as far back as in 2014, have come under criticism by the Orbán government for actively undermining the democratically elected government. They were also accused of financing organizations involved in party political activities while pretending to be charities.

Chief among these organizations is another signatory of the petition, the Ökotárs Foundation, which was the NGO entrusted with the actual distribution of the Norwegian funds. The foundation has been accused of political bias for actively discriminating against non-progressive and conservative foundations applying for financial support and handing out the money in a non-transparent manner.

Other names that pop up all too often in international criticism against the current Hungarian government are Amnesty International, Budapest Pride, The Hungarian Civil Liberties Union and the Helsinki Committee, all partly funded by organizations tied to American billionaire oligarch George Soros. All of them are also signatories protesting the Hungarian Prime Minister’s alleged homophobia.

In their statement, Amnesty International is complaining about what it claims is homophobic state-sponsored hate-mongering. They also allege that all the negative campaigning against the children’s storybook comes despite the fact that it contains no sexual content and is not trying to inspire children to become homosexuals.

The content of the story-book itself somewhat contradicts these claims, as one of the stories describes a young boy who returns from kindergarten and asks his parents whether he could try on his sister’s skirt. When his shocked parents ask why he wants to do this, he explains that the caretaker at the kindergarten has encouraged them to do so by reading them stories about shifting genders. The book also details a case of a gay partnership, in which two princes fall in love with one another.

The involvement of NGOs with a long history of criticism and activism against the Orbán government may raise concerns that their potential bias and partisanship may discredit the genuine efforts of those who have been instrumental in raising awareness of sexual minority issues in the former-Soviet-block countries, where such a topic was generally regarded a taboo during the Communist regime. The element of a foreign funded gender-identity campaign might also ultimately not bode will in Hungary, as there is very little support among the native population for such issues.

Many parents are also concerned about what their children are reading and learning about during their formative younger years. To underline how contentious the debate has become, when a professional psychologist, Emőke Bagdy, expressed an opinion contrary to those supporting the book’s agenda, she not only came under intense criticism from the LGBT movement’s supporters, but has even received death threats.

Bagdy asserts that children receive key impulses between the ages of three and five that will help them to adopt a social identity corresponding with their biological gender, and that children’s stories and other influential inputs play a key role during these years. It is during this time period  that messages can be transferred to their minds that they accept without any critique, as they have neither critical mechanisms nor comparative experience.