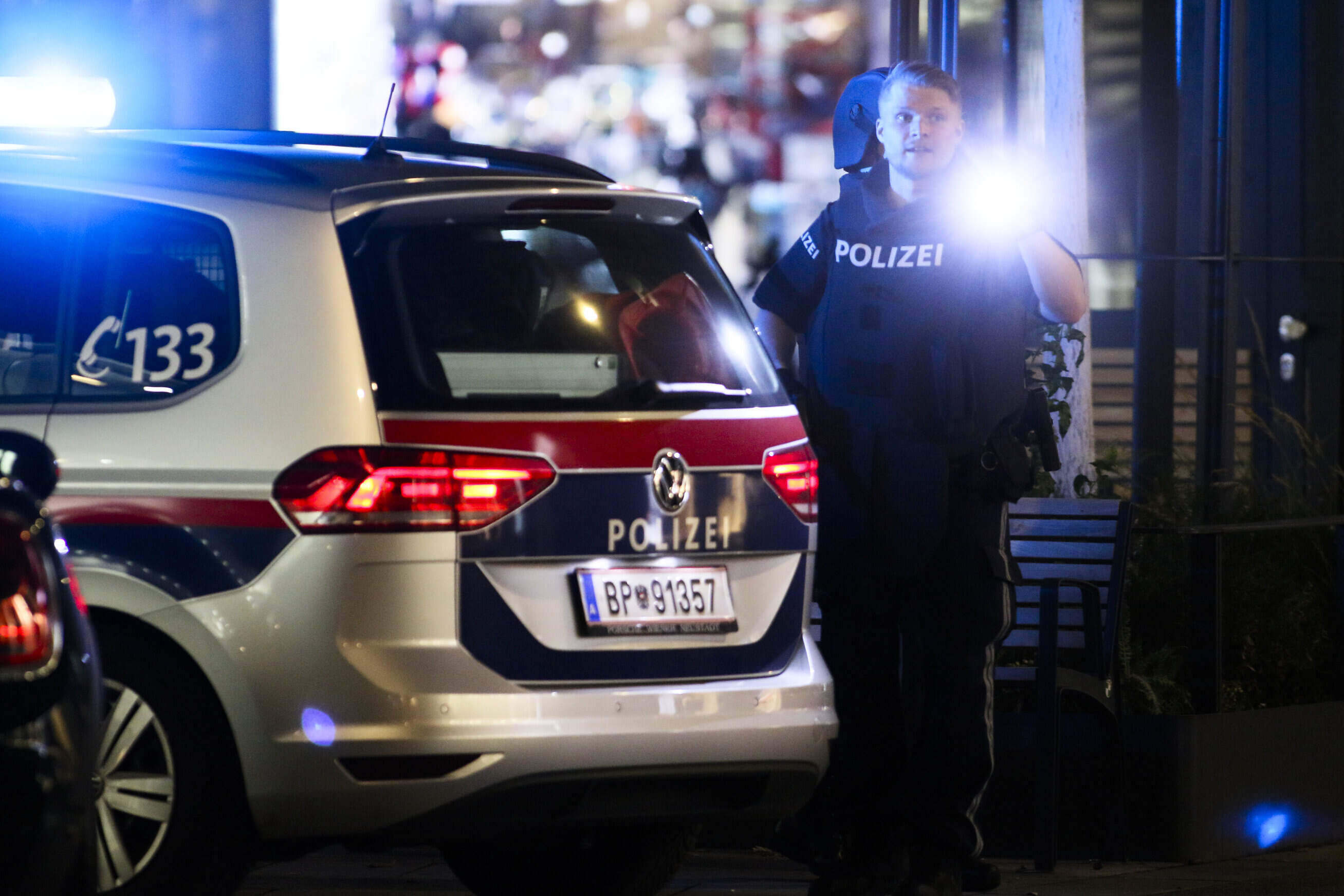 A police officer with a flashlight stays in position at the scene after gunshots were heard, in Vienna, Monday, Nov. 2, 2020.(Photo/Ronald Zak)

On Monday afternoon, a gory scene unfolded in social housing in Vienna’s 10th district, with police discovering two women stabbed to death inside the building. Police say the perpetrator of the murder is a 28-year-old Somali with an extensive criminal history, and the women also came from Somalia. Despite several cases of assault and rape, the man was not deported from Austria, the Krone daily reported.

Neighbors alerted police on Monday around 4:00 p.m. From one of the apartments, they heard an argument then followed by screams, according to Czech news outlet Novinky.

“Colleagues detained a young man on the spot who told them that he had killed two women in the apartment,” said Viennese police spokesman Mohamed Ibrahim.

A horrible scene awaited officers in the apartment. In large pools of blood, two women (35 and 37 years old) were splayed on the ground with no signs of life. The victims are an ex-wife and current girlfriend of the Somali. At the scene of the tragedy, the police also found the knife used by the perpetrator in the incident.

The man has a four-year-old daughter with his murdered wife.

Authorities detected 2.2 per mille of alcohol in the perpetrator’s blood. According to investigators from the Vienna criminal police office, the perpetrator allegedly suffers from psychosis.

The Krone daily reports that the Somali has a very long criminal record. In addition to several assaults involving bodily harm, he was also investigated in two cases of rape.

The fatal stabbing in Austria comes just a few days after a Somali migrant stabbed four women and slashed the throat of a 6-year-old boy in Italy who remains in critical condition. Last week, an Afghan male stabbed a female gardener in Berlin. He told police that she was working and he did not think women should work. The suspect then stabbed a man who tried to stop the attack, also leaving him in critical condition.