While foreign armed forces were the previous threat, now Soros-backed groups and politicians along with European Union bodies are the biggest threat to Hungarian sovereignty 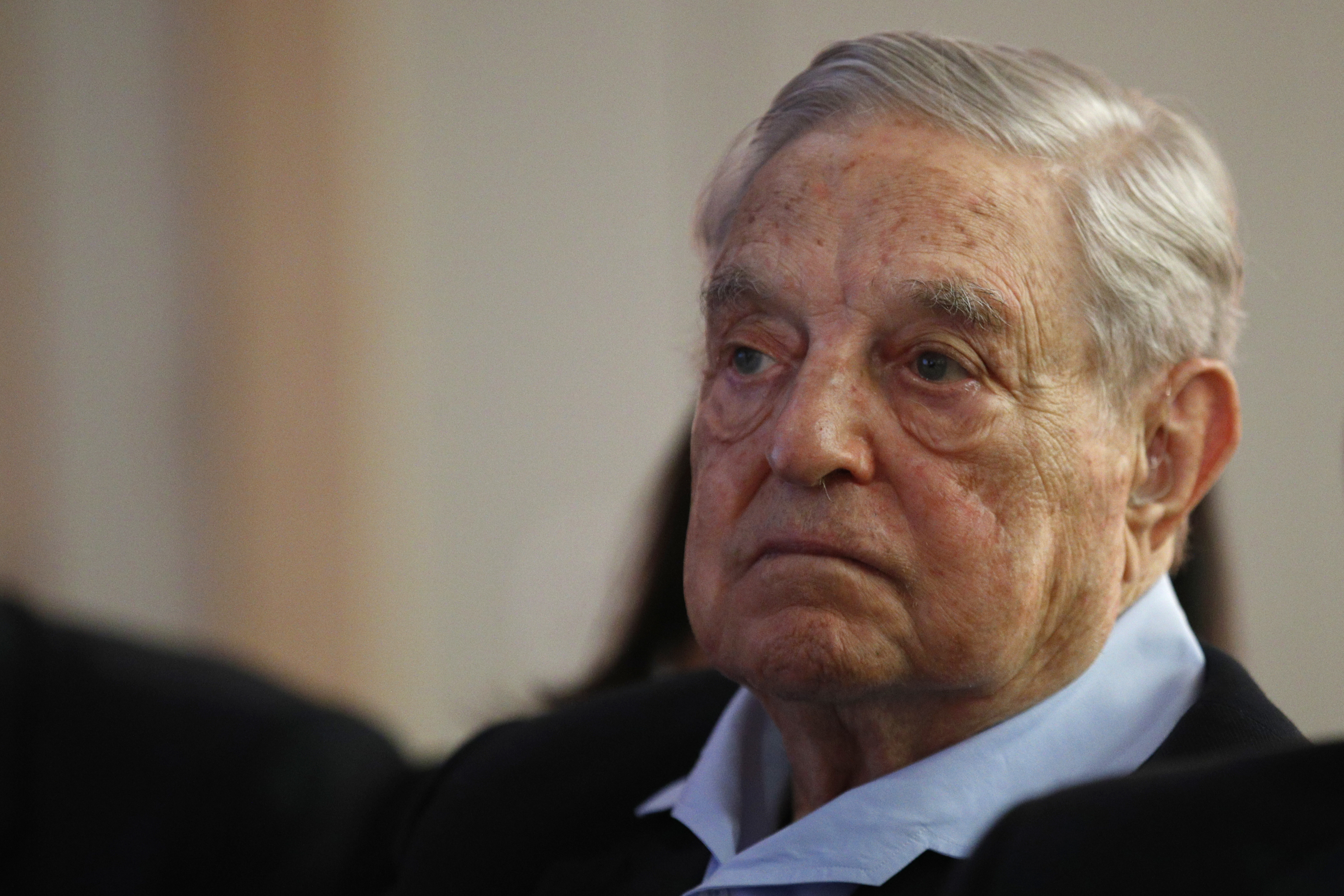 FILE- In this May 29, 2018, file photo George Soros, Founder and Chairman of the Open Society Foundations listens to the conference after his speech entitled "How to save the European Union" as he attends the European Council On Foreign Relations Annual Council Meeting in Paris. Having already acknowledged that it did opposition research on Soros, Facebook says No. 2 executive Sheryl Sandberg had asked staff if the billionaire philanthropist had financial motivations against the company. The Friday, Nov. 30, statement is in response a New York Times article that describes Sandberg asking Facebook staff to look into Soros' financial interests in speaking out against the company in January. (AP Photo/Francois Mori, File)

Hungary has become an area of ​​operation for foreign influence groups ahead of the 2022 elections, Márton Békés, director of the 21st Century Institute think tank, wrote in a security policy paper.

In the face of more than a decade of governance that has simultaneously defended and even expanded national sovereignty and democratic self-determination, opposing parties have sought to take action on a number of occasions, the analysis reports.

While in the early 2010s, the Hungarian government simultaneously defended national sovereignty and democratic self-determination was mostly opposed by states whose economic influence in Hungary was at stake, in the second half of the last decade the threat came mostly from European Union bodies and influence operations and NGOs backed by billionaire George Soros, the author points out.

The initial steps of the Orbán government, which received a two-thirds parliamentary mandate in the 2010 parliamentary elections and used it to expand Hungary’s sovereignty, immediately provoked resistance at the EU and international levels. The strong representation of Hungarian self-determination, which is completely different from previous government cycles, immediately provoked opposition from foreign powers, large transnational corporations, international non-governmental organizations, and EU structures.

Part of the way in which this multi-factorial power conglomerate is organized is that the four actors listed are more or less intertwined with each other. In the beginning, the whole world was opposed to sovereign rule. The restoration and even expansion of the right and scope of national self-determination in Hungary have been going on for 11 years now, since the third term of government.

The second Orbán government (2010-2014) enacted a series of legal provisions aimed at restoring and rebuilding legal and economic self-determination (such as enabling dual citizenship, media law, a new constitution, telecoms tax, etc.). In 2014, the reduction of utility bill overheads and the introduction of the advertising tax were considered similar, sovereignty-expanding provisions.

These in turn have triggered open or covert counter-attacks from those countries (France, Germany, and the United States) that have realized fewer capital gains as a result. In particular, reprivatization, regulation of the media and advertising markets, and the expansion of public burden-bearing have led to angry resistance mixed with resentment.

The whole second half of the 2010s was marked by the suppression of the influence of Soros in the country, with no small results. These included strengthening border protection (2015), persuading the Central European University to comply with domestic laws and creating transparency for NGOs (2017), or countering Soros’ attacks through EU institutions, most recently during the debate on the new EU budget (2020).

Through various actors, such as the NGOs that Soros maintains, the MEPs he bought, and a range of media companies, he has reacted fiercely to every government action. Soros has also personally continued his attacks when he spoke to the RTL Club TV channel in 2017 or when he called the activities of the legally elected Hungarian cabinet “mafia governance” at the 2018 World Economic Forum in Davos.