Behind the scenes of EU summit in Brussels

What did Polish PM Morawiecki say? Who supported Poland and who attacked it? According to a wPolityce.pl source: “There was silence after the PM’s speech” 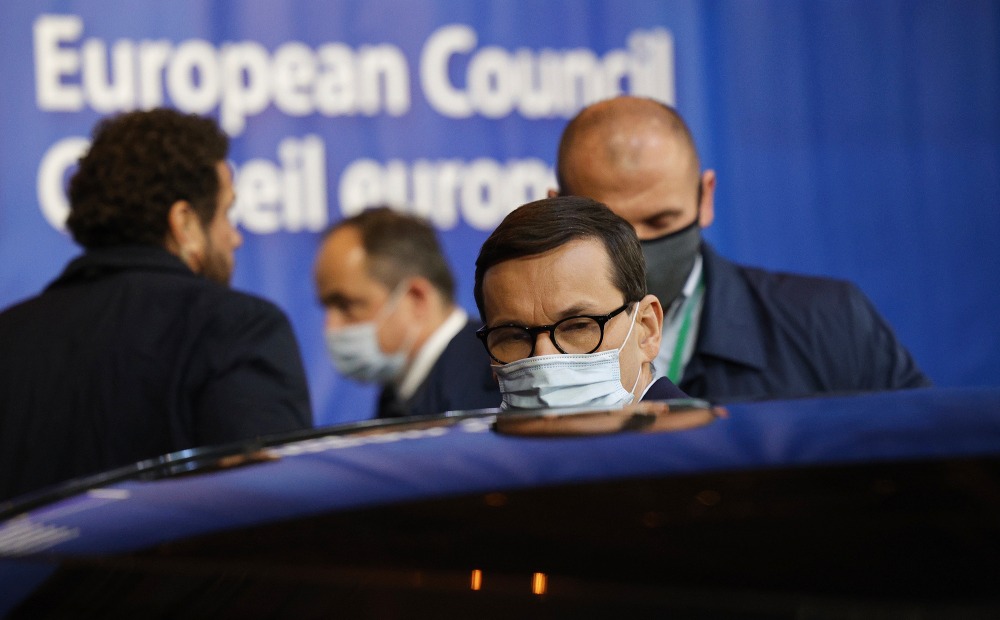 Poland's Prime Minister Mateusz Morawiecki gets into his car as he leaves an EU summit in Brussels, Friday, Oct. 22, 2021. (AP Photo/Olivier Matthys, Pool)

Prime Minister Mateusz Morawiecki gave a speech during the deliberations of the European Council when issues concerning Poland were being discussed. Morawiecki strongly responded to attempts to agitate the discussion by the representatives of a few countries, particularly Holland.

According to a source for wPolityce.pl, the atmosphere in general was much less heated than during Morawiecki’s previous speech in the European Parliament, where instead of arguments, political accusations were thrown at Poland.

Now, during the EU summit, both France and Germany did not join the attacks against Poland. The countries instead maintained a more tempered approach in their description of the situation, much like President of the European Council Charles Michel.

Countries such as Lithuania, Slovakia and Romania also delivered their addresses in a moderate and reasonable manner. Meanwhile the PMs of Slovenia and Hungary – Janez Janša and Viktor Orbán – supported PM Morawiecki’s position.

Among the countries that went on the offensive against Poland were the PMs of the Netherlands, Sweden, Ireland, Luxembourg and Denmark.

And Czechia? “PM Babis was silent.”

There was total silence after the Polish PM’s speech. No one was able to “quickly” respond to Morawiecki’s words. They weren’t really sure what to do.

Poland also wasn’t attacked by the President of the European Commission Ursula von der Leyen. Much like Emmanuel Macron and Angela Merkel, she supposedly behaved “swimmingly.”

Mateusz Morawiecki repeated some of his arguments from the debate in the European Parliament. He also explained how the judiciary in Poland worked before 2015, pointing to specific judges by name. He noted that Poland used to be considered a very corrupt country, but due to the hard work of Lech and Jarosław Kaczyński and their political environment, it was possible to restrict and even fight off corruption.

Morawiecki explained that this fight was the main reason why the Polish government decided to carry out judicial reform, as the judiciary has been a huge problem in modern Poland.

He also raised the problem of the expansion of EU competencies at the cost of member states.

“The whole address by the PM made an impression on the other European leaders,” the wPolityce.pl source said. “There was total silence after the Polish PM’s speech. No one was able to ‘quickly’ respond to Morawiecki’s words. They weren’t really sure what to do,” they added.