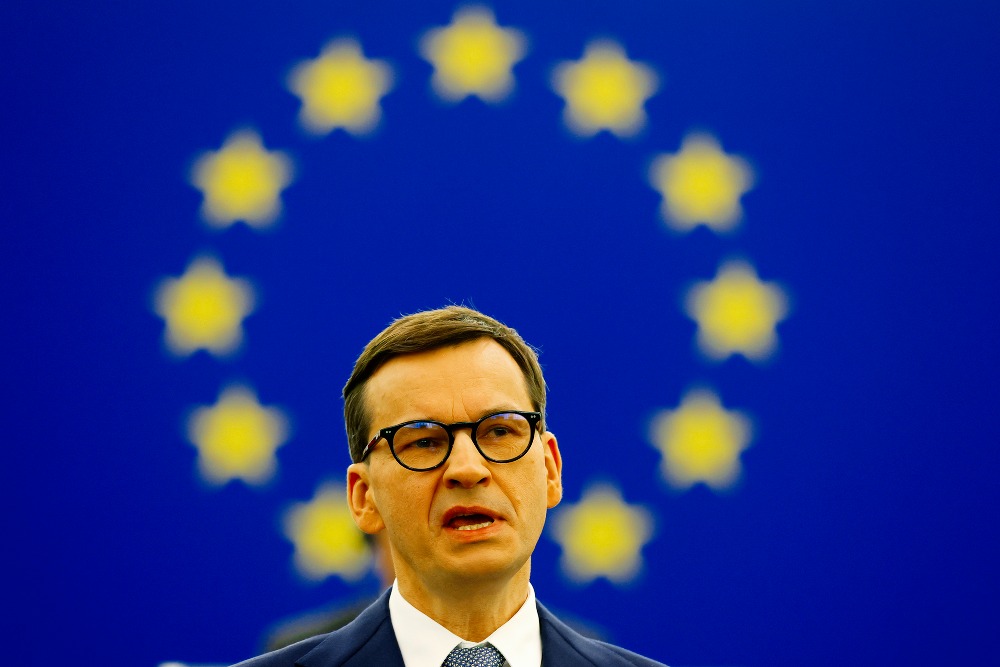 The ongoing conflict between Brussels and Warsaw was brought up at the EU forum during Tuesday’s “Rule of law crisis in Poland and the primacy of EU law” debate in the European Parliament.

“Poland presented its National Recovery Plan on time and it was approved on time as well. We are now expecting for it to be accepted in accordance with the regulations that the European Commission itself designed,” Prime Minister Mateusz Morawiecki told TVP Info after his speech in the European Parliament. The debate was held due to the Polish Constitutional Tribunal’s ruling on Oct. 7, which determined that the Polish constitution holds primacy over EU law.

Morawiecki was unambiguous, saying, “If there is any attempt to use financial blackmail against Poland, we will simply respond in a creative and flexible way so that particular projects are not harmed.”

The prime minister went on to add that the Polish government was aware that not everyone has good intentions towards Poland in Brussels when it initiated the Polish Deal investment program. He noted that many Polish municipalities were well aware of this, as they had filed close to 8,000 motions and the program was not associated with EU financing.

“This shows how much the Polish economy has grown in the last years. Poland can afford to carry out very ambitious infrastructure projects in the areas of health care, education, digitalization, and more, by using funds from our state budget,” noted the Polish prime minister.

“The rule of law is the glue that binds our Union together. It is the foundation of our unity. It is essential for the protection of the values on which our Union is founded: democracy, freedom, equality, and respect for human rights,” she said.

Von der Leyen declared that “we cannot, and we will not allow our common values to be put at risk. The commission will act. And the options are all known. The first option is infringements, where we legally challenge the judgment by the Polish Constitutional Court.”

She added that another option was to use the conditionality mechanism and other financial tools.

The approval of the National Recovery Plan by the Commission is necessary for Poland to receive money from the EU Recovery Plan. Poland is supposed to have approximately €58 billion at its disposal.