Kaczyński: Poland is facing most serious crisis since end of Cold War 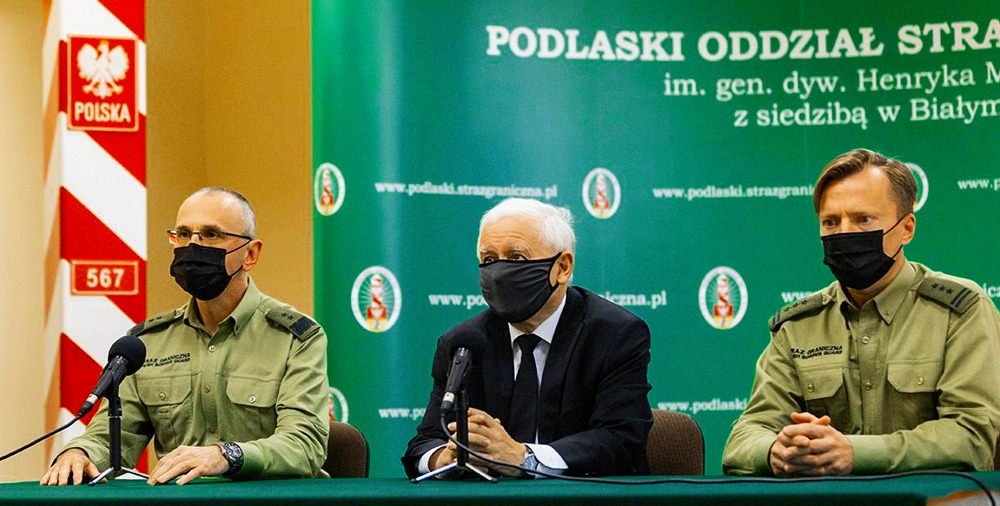 The Polish-Belarusian border crisis is “the most serious crisis with which Poland has dealt with since 1989,” said Jarosław Kaczyński, arguably the most powerful man in Poland.

Kaczyński, who serves as the deputy prime minister for security affairs and leads the ruling conservative Law and Justice (PiS) party, made the remark after the meeting of the Committee for National Security and Defense Affairs which was organized in Białystok near the Belarusian border in response to the migration crisis.

He explained that the meeting’s participants discussed the current situation and different scenarios, as well as visible threats and unknown ones which could take place in the future.

Kaczyński believes that Poland is dealing with a “type of hybrid warfare” which is also being carried out against the EU. He added that not everyone in Poland wants to accept that there is strong pressure from the side of the migrants.

“Economic migrants are arriving near the border with Poland. They are transported there. The whole operation is organized by Belarusian authorities with the support or at least permission of Russia,” he said.

The leader of PiS explained that the foreigners are first “stored” in Minsk in a specially expanded hotel base. The Belarusian government services are later responsible for transporting the migrants to the border. The migrants are then guided to areas in which they have a chance to cross into Poland. Sometimes Belarusian officers personally participate in cutting border wires.

Kaczyński stated that “everything points to the migrants on the border being purposefully driven to exhaustion to influence public opinion in Poland.”

This is a cynical and brutal operation guided by Alexander Lukashenko and planned out months ago as revenge for Poland’s support for the Belarusian opposition.

He said that the migrants are not able to handle the lower temperatures in the region due to being from a different climate zone. In addition to using children, this is the second method which is meant to force Poland to accept them. The foreigners who try to cross the border often do so in a state of significant exhaustion. Children are also sometimes among them.

“All of this is a cynical and brutal operation guided by Alexander Lukashenko and planned out months ago as revenge for Poland’s support for the Belarusian opposition. This is also an attempt to pressure Poland and the EU to waiver sanctions against the Belarusian regime,” he stated.

The deputy prime minister admitted that Polish authorities are unable to determine how long Belarus’s actions will last.

“During the committee’s deliberations we discussed agreed upon decisions, also financial ones, concerning building a very serious barrier on the border. Not the temporary ones that are present currently, but a barrier which will be very hard to force through,” he said.

Kaczyński said that the experiences of countries such as Hungary and Greece show that such a method is the only efficient one.

He also pointed out that migrants able to afford the journey to Central Europe are not poor people in the conditions of their own countries.

“They are victims of a great lie and manipulation. We can pity them for that reason, but we cannot be idle and not defend ourselves against an operation, which if successful for Lukashenko and Putin, would lead to not only a Polish-scale crisis but a European one. That is what those two gentlemen want to accomplish,” he underlined.

Kaczyński assured that the Polish government is fulfilling all international and humanitarian obligations and declared that Poland was and will continue to act accordingly.