The hostile response to Polish PM Mateusz Morawiecki’s speech in the European Parliament shows that the EU will not back down and will continue to try to expand the competencies of its institutions, writes Aleksandra Rybińska 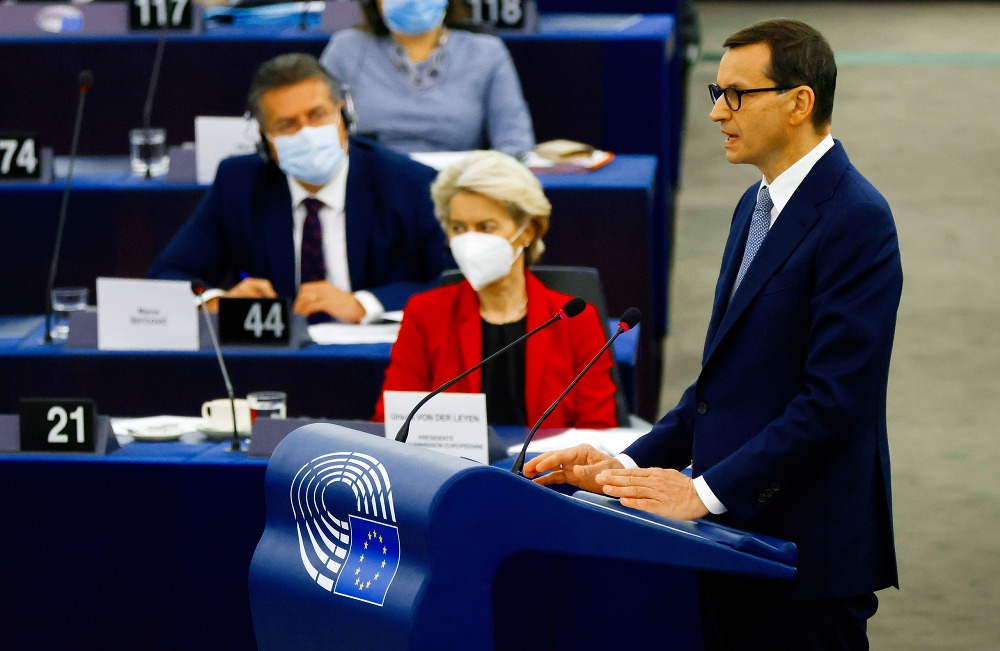 Brussels is not fighting a conflict with Poland out of care for the rule of law or how compatible the nomination process for Polish judges is with EU law. In reality, this struggle concerns something entirely different. EU institutions are trying to expand their competencies (through the European Court of Justice verdicts) outside of what has been entrusted to them by EU treaties. At the same time, they are competing with each other to see which institution is the most causative. This battle is taking place under the cover of a great narrative concerning universal values — a narrative that is entirely false and fake.

In addition to this, there is a kind of defensive reaction coming from the EU. European integration, further uniformization, even in its most awkward form, is a guarantee for the existence of EU institutions and their reproduction. Everywhere in Europe, political forces have appeared which reject this uniformization process.

These forces are a threat to the vested interests of the Brussels conglomerate. Their ambitions to decide about everything has reached such a level that MEPs recently debated over abortion laws in Texas. There are no limits to the EU’s competencies. They reach not only Europe but even the United States.

This is about removing an uncomfortable government in Warsaw. Europe is to be openly liberal, tolerant and uniform. Who does not agree with this view has no place in the EU.

European elites are openly stating that “populists” in the EU must be removed and the governments in Hungary and Poland must be changed. They will cut off the hand raised against Brussels. This was also made clear during the debate after Prime Minister Morawiecki’s speech: Poland is cool, Poles too, but the Polish government is “ew”. Poles chose poorly, and they can be forgiven for that, but thankfully the European Commission and European Parliament exist to correct that error.

This is not anything new and has been the case since Poland’s Law and Justice party (PiS) took over power. What has changed, however, is that Brussels has finally received an efficient tool: the rule-of-law mechanism.

Previous attempts to punish Poland, such as Article 7, did not work out, so it would be a sin from the EU’s point of view not to use its new tool. Otherwise, the EU risks losing face. One cannot continue to scream about the violation of rule of law, support the Polish opposition, and then suddenly withdraw.

This is how von der Leyen’s speech should be understood.

The rest, such as the MEPs’ debate, merely amounts to the oft-repeated ritual gaggle. They mentioned Polexit, “pathological democracy,” a drift towards Russia, and the questioning of the EU’s foundations. None of this is true (or if it is, then more so in Berlin than Warsaw) but that does not matter because the truth is not what this is all about. This is about removing an uncomfortable government in Warsaw.

Europe is to be openly liberal, tolerant and uniform. Who does not agree with this view has no place in the EU.

Given that Poland is the most conservative country in the EU, it is obvious that it will enter a collision course with the increasingly progressive agenda of EU institutions.

Therefore, the suspension of funds from the European Recovery Fund and even from the multi-annual financial framework for 2021-2027 should be considered.

If this suspension takes place, it will be a double-edged sword. Such a decision could become an element of the story in which the EU, through undemocratically chosen institutions, is humiliating and dominating member states. A certain precedent will also be created. If Poland can be treated in such a way, then any other country can be as well.

By stripping Poland of EU funds, Brussels will use the only bargaining chip that it has. The nuclear option. What if it doesn’t work? What else could Brussels possibly do to Poland then?

I am very interesting as to how affairs will proceed after PM Morawiecki’s speech, with this saga likely to develop further at the upcoming EU summit.