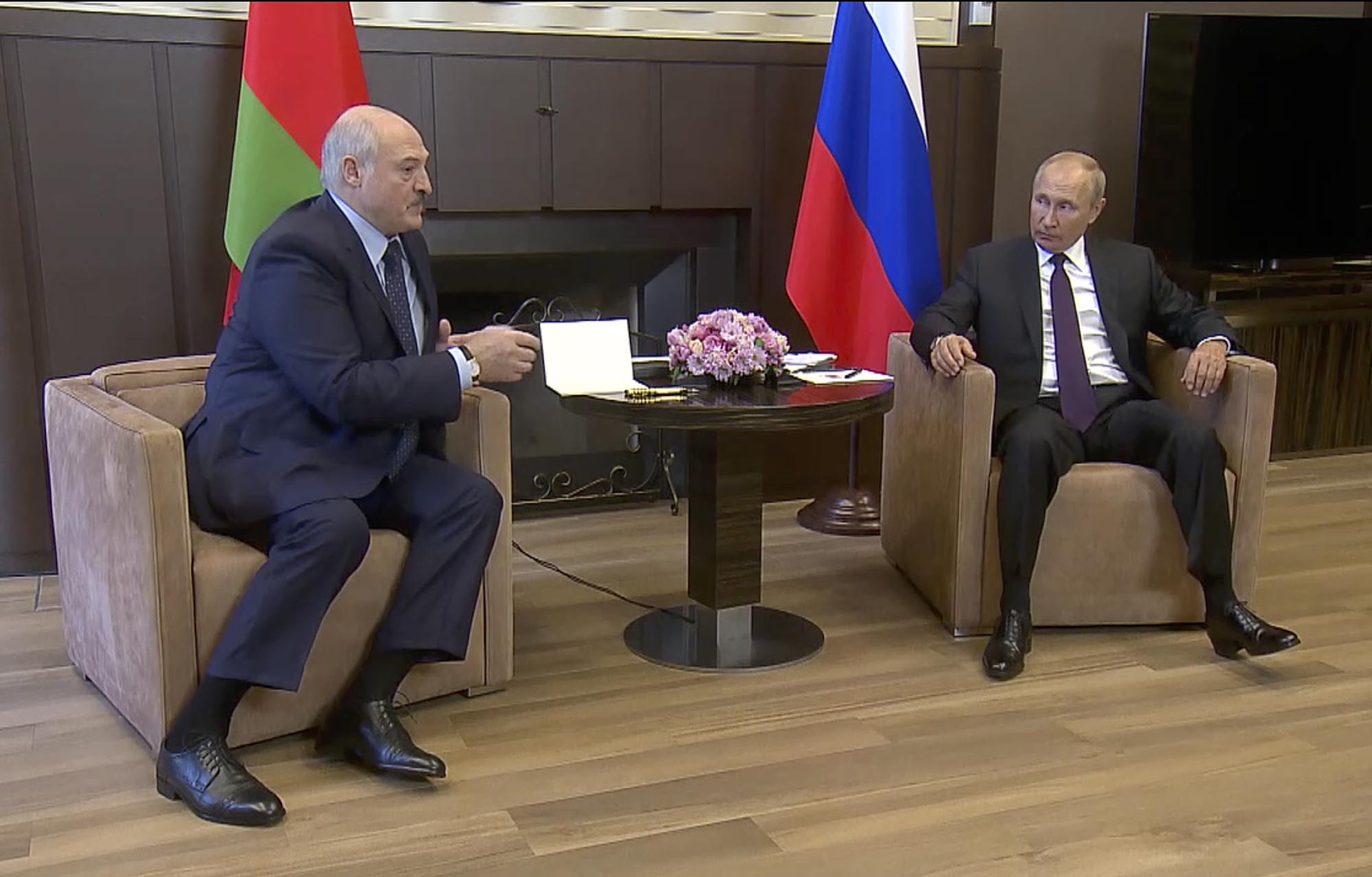 Belarusian President Alexander Lukashenko was anxious to meet Putin to confirm that he will benefit from Russia’s support, which is why he went to see Putin alone and was not assisted by key ministers, as had been the case with Russian Prime Minister Mikhail Mishutin during the latter’s visit to Minsk.

The two president’s met in Putin’s residence in Sochi. The Russian ambassador to Belarus handed Lukashenko the gift of a reprint of a 19th century atlas which shows all Belarusian provinces under Russian control.

Putin recognized Lukashenko’s reelection relatively quickly in August, but has since then played a waiting game, ratcheting up the uncertainty the Belarusian dictator must feel. Minsk lobbied for the meeting and promised to speed up the launch of the Russia built nuclear power plant in Ostrovets.

But Putin only agreed to the meeting in Sochi when the danger of Lukashenko being deposed receded.

According to Putin’s spokesman Dmitrij Peskov, both sides were continuing to discuss the issue of Belarusian debt, a road map for further integration, energy prices, and cooperation between Russian and Belarusian companies.

No documents were to be signed but the reference to the 2019 road map for integration between Russia and Belarus suggests that Russia has tied any aid to Lukashenko agreeing to speed up that integration process.

Back in 2019, Lukashenko had resisted Russian demands to place many powers in the hands of a supranational body of a Russian-Belarusian union in return for favorable gas and oil prices. Today, after Lukashenko endured over a month of protests, his bargaining position is considerably weaker, in addition to his ability to defend Belarusian sovereignty.

The crunch is likely to come in the fourth quarter of this year when Belarus has to find $2 billion for refinancing its debt and must agree to price rates for Russian energy supplies. This has to happen at a time of Belarusian isolation from the west and declining legitimacy at home.

Putin has so far promised a line of credit worth 1,5 billion USD. It looks as if any greater commitment, which Belarus will need, will depend not only on reaching agreement on integration and energy prices, but also on Belarus agreeing to the construction of a Russian military base on its soil.

Demands to merge the Russian and Belarusian armies may also return.

The Russian media Sputnik and Niezavsimaya  are already saying that since Lukashenko is afraid of NATO intervention he should not stand in the way of Russian bases on his soil. Lukashenko is already benefiting for a Russian police reserve facility should it be required to quell further protests.

Military exercises between the two countries have already begun under the auspices of the “Slavonic Brotherhood” initiative. The Serbs were also to participate in them, but withdrew at the last minute.

One of the exercises is near the Polish border in Brest. 300 Russian commandoes are practicing anti-terrorism and not, as yet, crowd control.