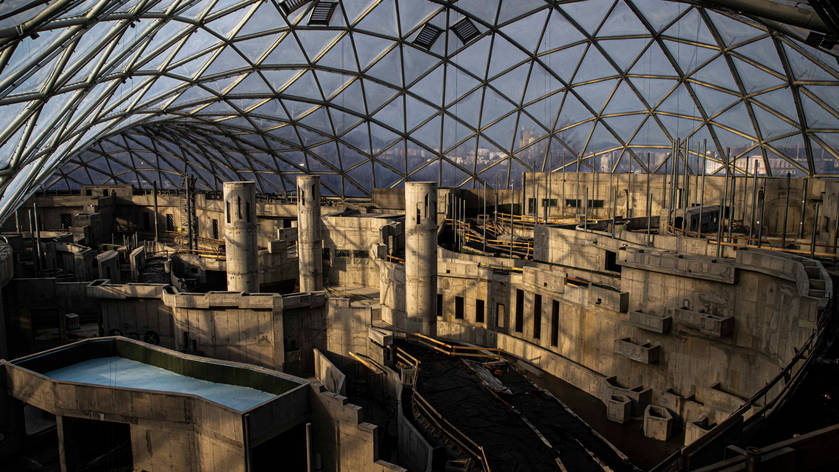 One of the most ambitious architectural projects in the Hungarian capital, the biodome of the Budapest Zoo, now is three-quarters complete after workers finished building its roof, Zoo director Miklós Persányi said on Tuesday during an on-site visit for the press.

The biodome will have a total indoor area of 17,000 square meters and house 18 pools, including a large saltwater pool for sharks. The plan is that the biodome will feature 2,7000 animals representing 150 species, including many rare ones such as the clouded leopard.

Organizers of the project are now unclear where the rest of the money will come from.

Budapest’s recently elected liberal mayor, Gergely Karácsony, said at the latest meeting of the Public Developments Committee of the Hungarian capital that the municipality does not have funds available for the project.

While the city has backed out of plans to fund the biodome, the government has also not announced any plan to make up for the shortfall in funding, leaving the project in limbo.

Persányi said that if completed, the biodome could as much as double the number of visitors to the zoo, which is currently a steady one million per year.

While the interior of the biodome is currently an unfinished concrete maze – far from the planned lush green landscape envisioned by architects – the first animals have already made it their home: pigeons.