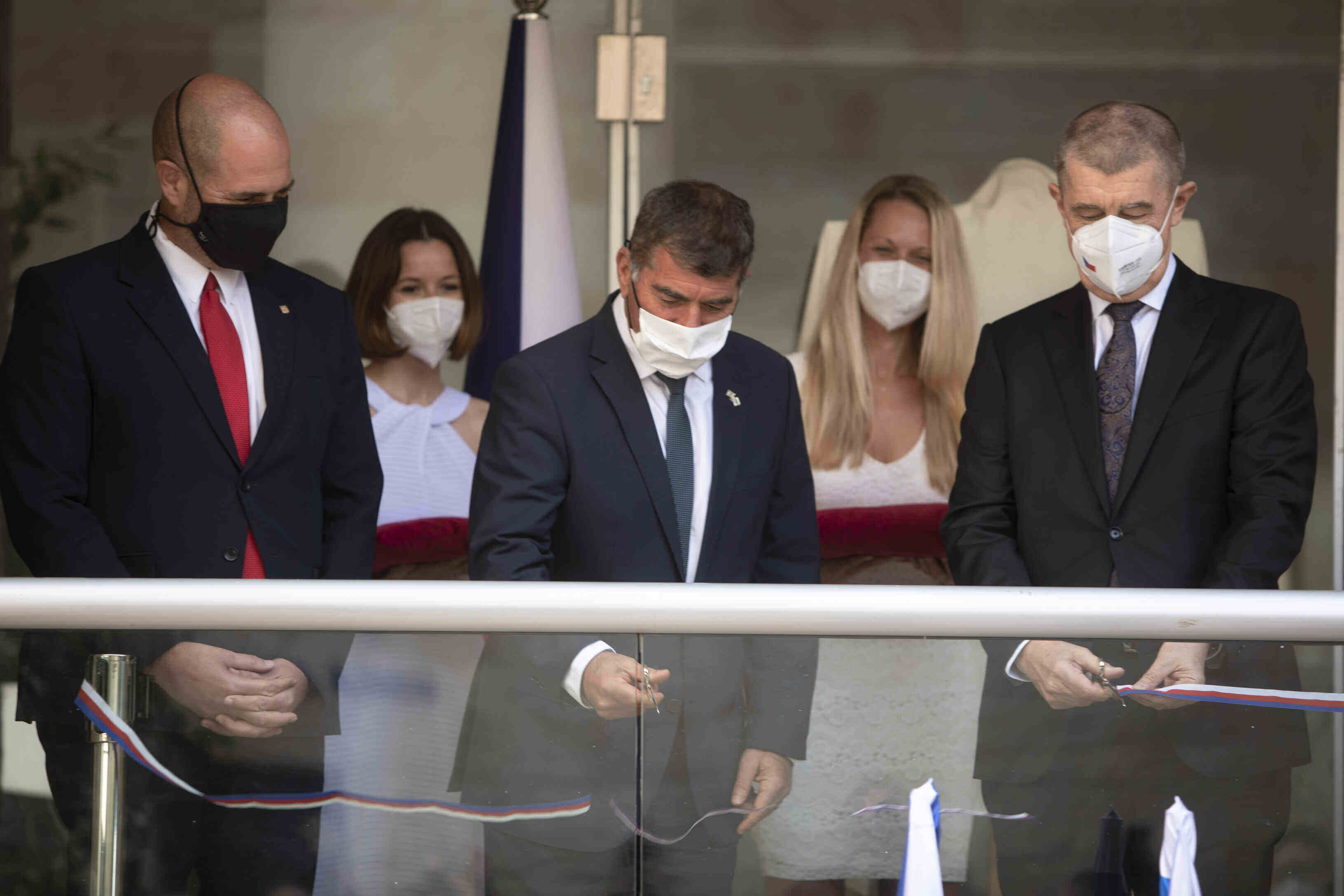 The Czech Embassy continues to officially remain in Tel Aviv, which most of the international community considers the country’s capital. But Israel considers Jerusalem to be its capital.

“We just finished the ceremony to inaugurate the office of the Czech Embassy in Jerusalem. Together with Czech Prime Minister Andrej Babiš, we cut the ribbon and officially announced the start of the office’s activities,“ Ashkenazi wrote on Twitter. “I am happy to see that the changes in the Middle East are based on a recognition of the reality and historical truth that Jerusalem is the capital of Israel. The Czech Republic is a close friend of Israel, and we work together in many different fields,“ he added. Ashkenazi also said that he thanked Babish for supporting Israel, trying to fight anti-Semitism, and for “leading the change in Europe toward the city of Jerusalem as a whole and its connection with the state of Israel.”

1/3
We just finished the ceremony to inaugurate the office of the #Czech Embassy in #Jerusalem.

Together with Czech Prime Minister @AndrejBabis, we cut the ribbon and officially announced the start of the office’s activities. pic.twitter.com/n3BGyFIPuq

“We are keeping our word that President Zeman gave two years ago in Israel,” Babiš said. “We ceremoniously opened a branch of the Czech Embassy in Jerusalem with Ministers Gabi Ashkenazi and Amir O

hana. It is a great honor for me and especially another important step in the friendly relations of our two countries,“ he added.

The status of Jerusalem is one of the biggest problems in the Palestinian-Israeli conflict. The Israeli annexation of East Jerusalem, which was under Jordan’s rule until 1967, was labeled an occupation and repeatedly criticized by the UN. As a result of UN Security Council Resolution 478 (1980), most countries in the world have moved their embassies outside of Jerusalem.

Babiš considers the February decision of the International Criminal Court (ICC) in The Hague to open the option to investigate possible war crimes committed in the Palestinian territories unfortunate. Although Czechia respects the independence of the judiciary, it does not recognize Palestine as a state, said Babiš at a press conference after talks in Jerusalem with Israeli Prime Minister Benjamin Netanyahu and Hungarian PM Viktor Orbán.

The decision of the three-member panel of ICC judges was previously criticized by Czech President Miloš Zeman.