The rescue ship is currently the only one in the area 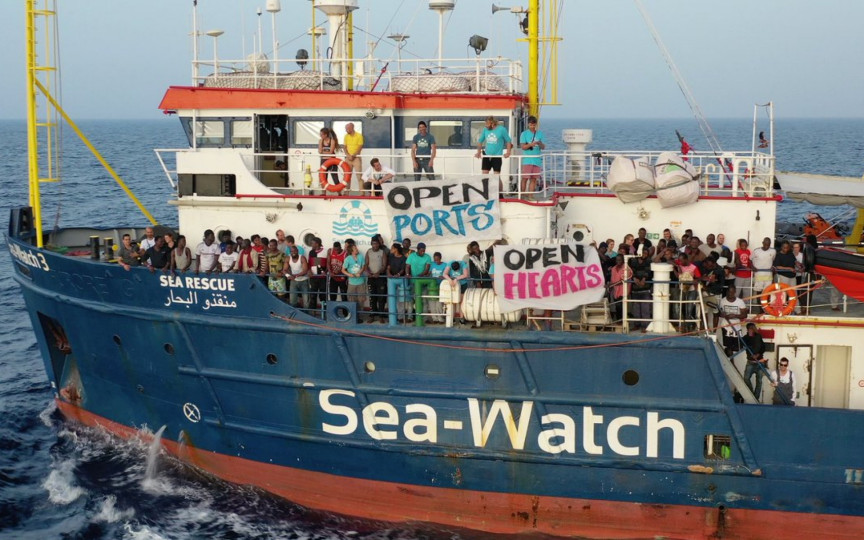 German NGO Sea-Eye, which is committed to rescuing migrants journeying to Europe on the Mediterranean Sea, is now continuing with its controversial mission despite the global coronavirus pandemic, according to Czech news portal echo24.cz.

The ‘Alan Kurdi’ ship was docked for eight weeks but is now ready to embark on the sea again. Reportedly, the vessel is now equipped for direct contact with people infected with the coronavirus, and the crew is well-trained for such situations. It is currently the only “rescue ship” in the area, the NGO wrote on its website.

At the end of the week, the ship is expected to reach an area near the Libyan shores, where the NGO ship will begin looking for migrants fleeing Africa. This year, 60 volunteers will participate in the so-called rescue operations.

Most ‘boat migrants’ not genuine refugees

Such missions have actually been accused of leading to more migrant drownings by encouraging more migrants to make the journey based on the belief that they have a good chance of being rescued at sea if something goes wrong.

A 2017 report from Frontex, the EU’s border agency, indicated that smugglers sometimes instruct migrants to call the Maritime Rescue Coordination Centre in Rome in order to initiate rescues missions on the Mediterranean.

In a documentary called “Libya’s Migrant Hell”, journalist Rose Kemp interviewed a smuggler who said the vessels they transport migrants in are simply not seaworthy, and he rarely expects them to make it across the sea to reach Europe.

Still, that does not stop him because “the Italian security are only 13 miles [ca. 21 km] off shore,” he explained.

In an article printed in the Die Welt daily in February, political editor Marcel Leubecher admitted that most of the migrants headed to Europe in boats across the Mediterranean are not genuine refugees, which means they have little chance of having their asylum applications approved.

Consequently, about 95 percent of the asylum applications of migrants from these countries are rejected. Furthermore, the number of Libyans, whose country is going through a long-standing civil war, is only a negligible part of the migrant wave.

Most ships cannot operate due to coronavirus travel restrictions

Chairman of the Sea-Eye NGO Gorden Isler said that the organization, which ships sail under the German flag, aims to save migrants from drowning.

“Even in the ongoing crisis, we rely on the responsibility and courage of Germany. We are in close contact with the authorities,” said Isler.

According to available information, due to the coronavirus crisis, none of the rescue ships were able to operate in the Mediterranean for several weeks, mainly due to restrictions on the movement of people in Europe.

International Organization for Migration (IOM) earlier reported that members of the Libyan Coast Guard prevented several groups of migrants from leaving the continent in recent weeks. However, many more migrants might have managed to leave unnoticed on their journey from Africa to Europe.