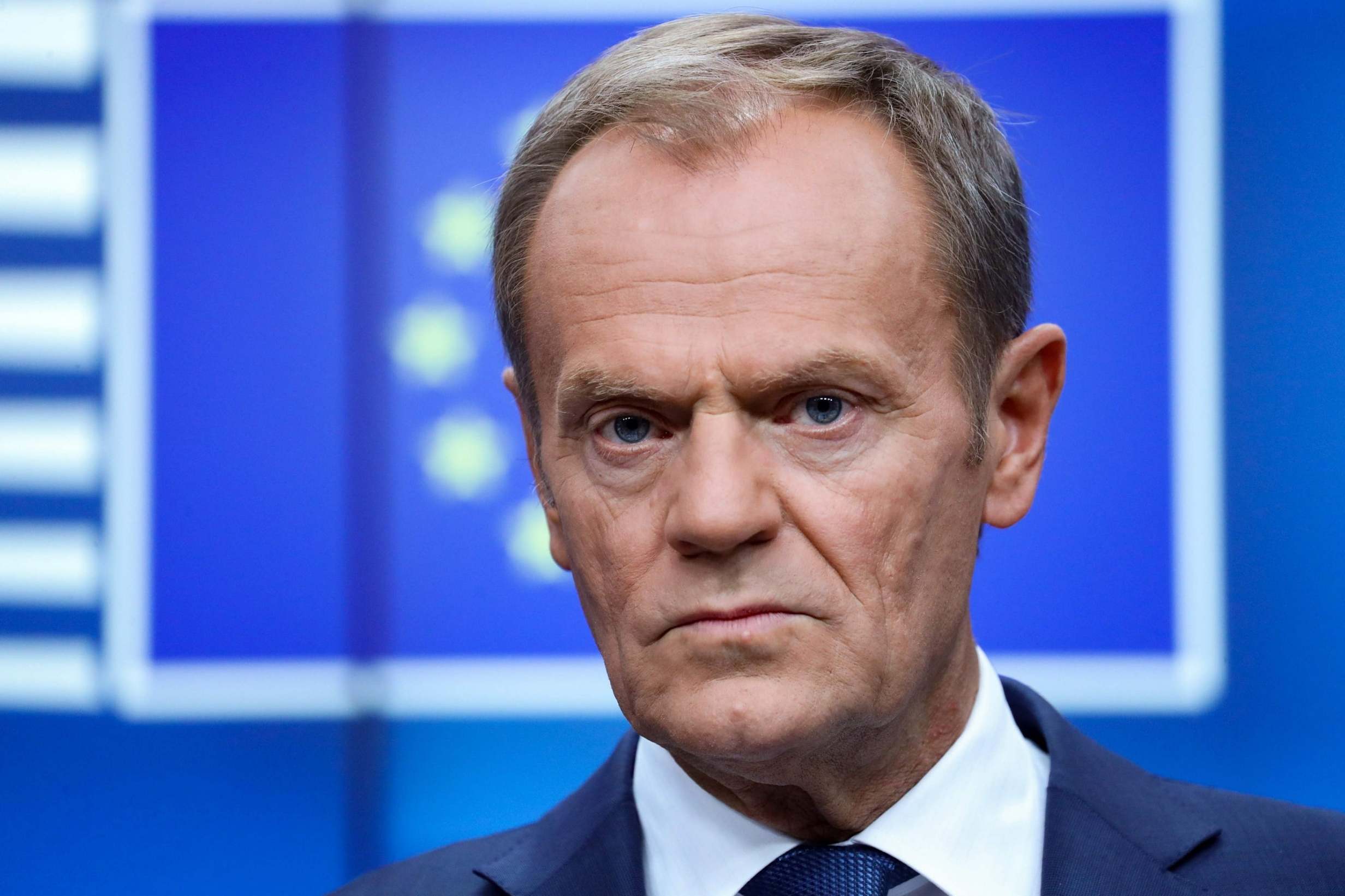 Together with his French and German counterparts, Donald Tusk, current president of the European People’s Party, was instrumental in creating the conditions that directly led to the rise of the current oppressive regime in the Ukraine back in 2013, Magyar Hírlap columnist Péter G. Fehér writes.

President Volodymyr Zelensky launched a regular criminal campaign against a significant number of Ukrainian citizens. All those who rejected the political “unification” of the country on a nationalist basis, as well as those who were not of Ukrainian descent, were targeted.

Recently, the Ukrainian president has been running amok. He banned three TV channels by presidential decree, and in recent weeks, the National Communications Commission has demanded that 426 websites be blocked by Ukrainian service providers. The criminal campaign reached its peak when the president issued a decree that the Ukrainian Security Service (SBU) will keep a record of all those who have dual citizenships.

Thus, citizens of Transcarpathia with dual Hungarian-Ukrainian citizenship will be banned from any state office or local government office in the future and cannot be members of political parties either. The only way to be exempted from the prohibitions is if they renounce their foreign citizenship in writing. In the Transcarpathian district inhabited by Hungarians, it is not possible for a local government representative or mayor who is an ethnic Hungarian to be a Hungarian citizen.

The European Union, which in the case of Hungary considers even the slightest spring breeze a violation of the rule of law, is now in deep silence.

One reason for this is that in late 2013, mass demonstrations began in central Kiev, demanding the resignation of Viktor Yanukovych, as the then Ukrainian president had withdrawn from signing the association agreement with the European Union at the last minute. At the same time, it accepted favorable Russian economic offers.

The conflict between the demonstrators and the president was mediated by the foreign ministers of the so-called Weimar Triangle – Poland, Germany and France. Yanukovych, after reluctantly resigning, was put under pressure by the three foreign ministers: Either he goes or they go, but then the crowd will break into the parliament building and that could lead to unpredictable results (i.e., they threatened Yanukovych with being lynched).

The true history of blackmail and threats related to these events is very little known in diplomatic history. Violence has since become an official part of the political “culture” in Ukraine, a daily practice. Whatever Yanukovych did, he still gained his authority in an election that the EU has not formally objected to. Shortly before Yanukovych fled, he had been an ally of Brussels, and the Union had wanted to sign an association agreement with him. In return, the EU did not offer much to Kiev, except the occasional pat on the head from political prostitutes like Judith Sargentini, the same who made a disgraceful report on Hungary.

As a result of the Yanukovych case, Brussels has released the spirit of violence and lawlessness from the bottle, which has by now grown into a giant. After these facts, one should not be surprised that Zelensky has now made the National Security Council the highest criminal authority in the country. The council can now decide punitive measures against any undesirable persons without even a trace of legal oversight.

The events of that time also have a remarkable political connection to the present. One of the members of the Weimar Triangle at the time was Poland, whose head of government was Donald Tusk, currently president of the European People’s Party (EPP). He was the one who, similarly to what he did during the events in Kiev, created a situation in the EPP with unqualified methods that mocked democracy and the rule of law, forcing Fidesz to turn its back on the party faction. Tusk has already learned in Kiev how this is done.