Tensions between the two countries are rising 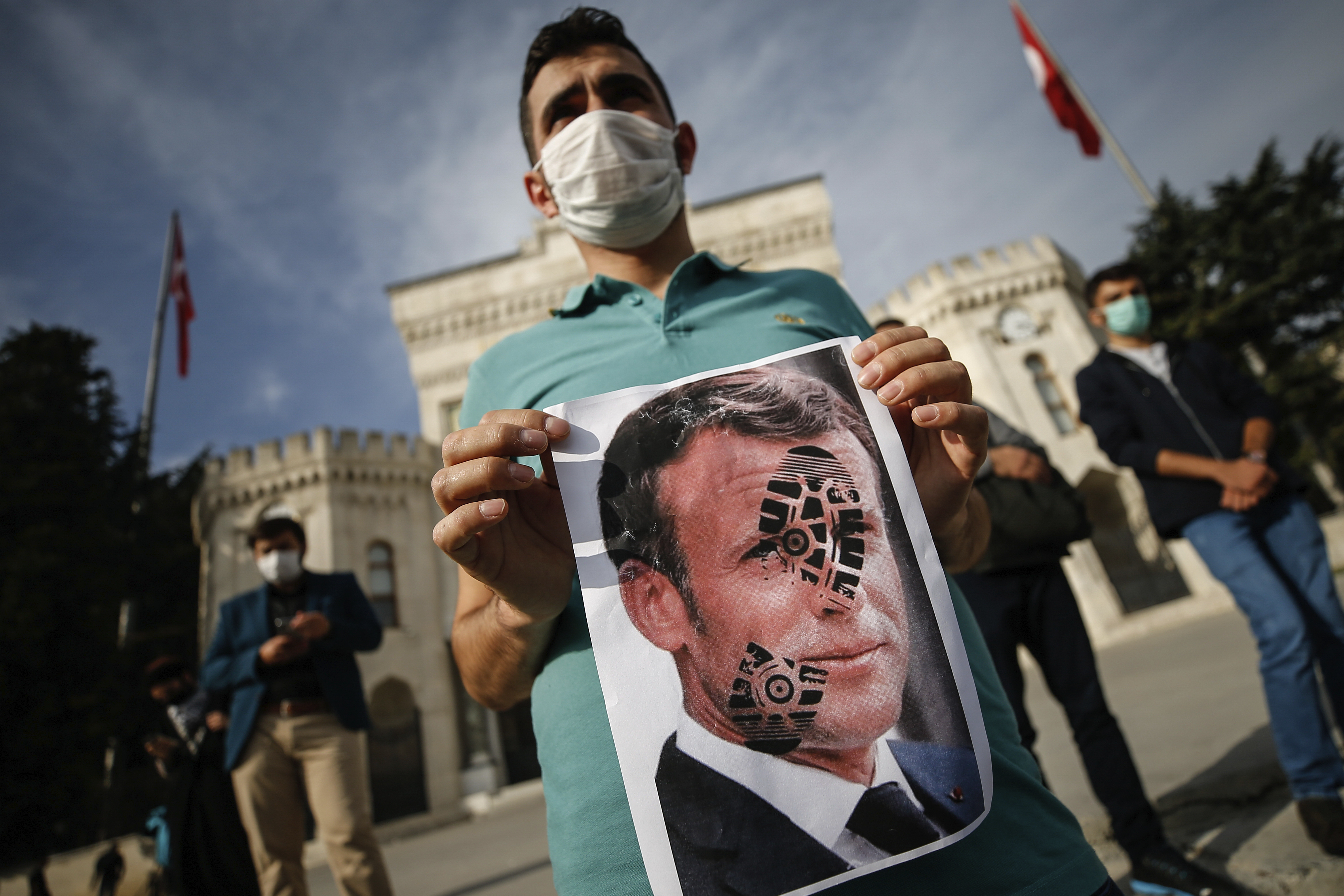 Europe must protect its values, fight for freedom of speech, and not succumb to pressure exerted by authoritarians, Czech Prime Minister Andrej Babiš wrote on his Twitter in support of French President Emmanuel Macron in his dispute with the Turkish government.

Turkey has threatened to take legal and diplomatic action over a caricature published by the Charlie Hebdo satirical weekly, which poked fun at Turkish President Recep Tayyip Erdoğan.

The cartoon depicts Erdoğan sitting in an armchair with a can of drink in his hand and lifting the clothing of a woman standing next to him. The caricature is accompanied by the caption: “It’s a lot of fun in private with Erdoğan”.

“We will take the necessary legal and diplomatic action against this caricature,” said the Turkish president’s office, without giving a more specific form of action. According to the office, the caricature reveals “the hostility of a French magazine towards the Turks and Islam.” The Ankara prosecutor’s office has announced that it will launch an investigation against the satirical weekly.

“Despite intimidation, France will never give up its principles and values, first and foremost freedom of speech and freedom of the press,” argued Gabriel Attal, a spokesman for the French government, regarding the latest controversy with Turkey.

“Europe will defend its values together. That is why I fully support my friend Emmanuel Macron. We must fight for freedom of expression, and we will not succumb to the pressure of authoritarians and aggressors. We will not be blackmailed,” wrote Babiš on Twitter.

British Foreign Secretary Dominic Raab previously called on NATO allies to show unity on tolerance and freedom of expression, which is evidence that Britain is indirectly objecting to Turkey’s behavior, which has called for a boycott of French goods along with many other Muslim nations. Erdoğan’s statements were also condemned by the head of diplomacy of the European Union, Josep Borrell.

Erdoğan is one of the leading Muslim politicians angered by France’s reaction to the brutal murder of French teacher Samuel Paty, who showed his students cartoons of the Prophet Muhammad during a lesson dedicated to freedom of speech. Erdoğan even urged the Turks to stop buying French products as he accused Paris of pursuing an anti-Islamic policy.

In several Muslim countries, shops have already begun a boycott of French goods. According to the DPA, the goods have started to disappear from the shelves in Jordan, Kuwait, and Qatar. Calls for a boycott have also appeared on social networks in Saudi Arabia. People also protested against France and Macron in Tunisia and the Palestinian Gaza Strip. According to the AFP, calls to boycott French goods were also announced in Algeria and Syria.

An 18-year-old man of Chechen descent cut off Paty’s head on Oct. 16 in the Paris metropolitan area.

Some people have criticized teachers for showing cartoons to children because Muslims see the portrayal of the Prophet Muhammad as blasphemy. The French government, which is supported by a large number of citizens in the matter, considers the murder an attack on freedom of expression and has indicated that it will defend the right to show images of a Muslim prophet.

Macron called Paty a hero and promised to fight Islamic separatism, which he said spread among some Muslim communities in France. The weekly Charlie Hebdo, whose editorial office was attacked by Islamic terrorists and killed 12 people in 2015 due to caricatures of the Prophet Muhammad, published Erdoğan’s caricature in response to overall Turkish rhetoric.

Title image: A youth holds a photograph of France’s President Emmanuel Macron, stamped with a shoe mark, during a protest against France in Istanbul, Sunday, Oct. 25, 2020. (AP Photo/Emrah Gurel)