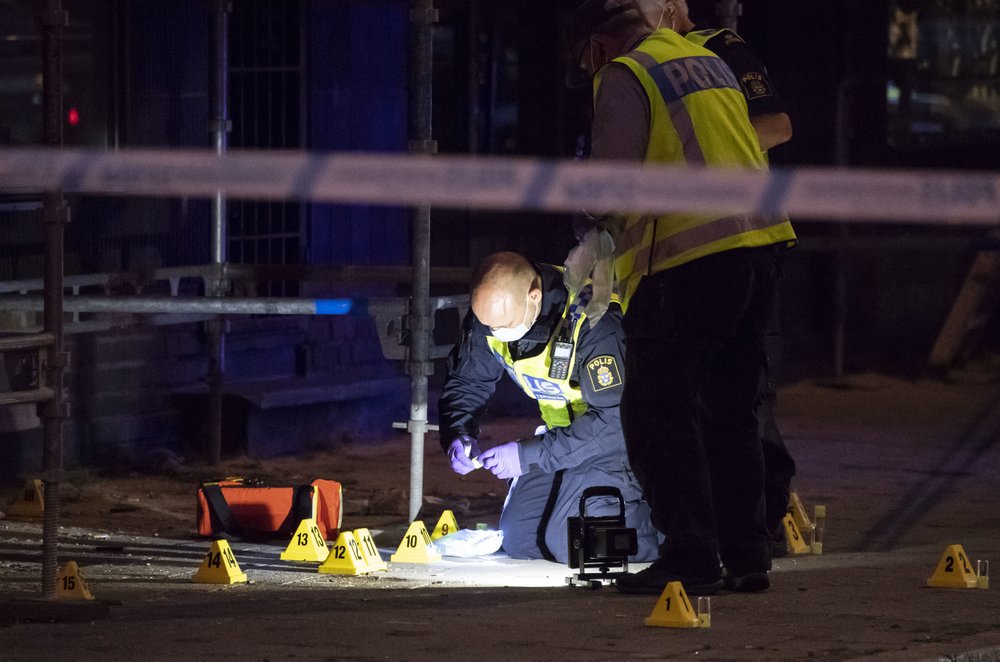 Last year, 46 homicides were committed in 335 shootings in Sweden, which is plagued by ultra-violent migrant gangs, the La Croix daily reported. While Stockholm is struggling to curb the growing problem, the authorities have already identified several challenges to overcome.

Over the past four years, the average has stood at 44 deaths in 325 shootings per year. The trend is so entrenched that Sven Granath, a criminologist at the Stockholm police force, called 2021 “fairly typical.” As in previous years, conflicts between young armed men, mostly from migrant communities, are behind the shootings. The median age of the perpetrators of these killings is 23 years.

The country’s large cities, such as Malmö, Gothenburg, and Stockholm are over-represented in these statistics. Police say 2,500 young people are members of gangs in the capital. Paradoxically, the dismantling of “Yugoslav mafia” networks in the 1990s partly explains the emergence of smaller, younger, more violent groups.

The authorities pointed out several challenges emerging from these statistics. They underline the need to intervene better in “vulnerable areas” as 85 percent of the perpetrators were born abroad or are from an immigrant background. Sweden’s administration has mapped some 60 poor neighborhoods where “delinquents influence the local community.”

Law enforcement in Sweden has pointed to criminal migrant clans as driving the growth in shootings.

“These clans have come to Sweden solely to organize crime. They work to create power, they have a great capacity for violence, and they want to make money. And they do that through drug crimes, violent crimes, and extortion,” said Deputy National Police Chief Mats Löfving, who made the remarks in 2020, which garnered national headlines.

He warned that there are 40 migrant gang clans operating in Sweden, and they are dynasties built on crime, and for that reason, it is hard for law enforcement to penetrate the inner circle of these clans.

Gustav Kasselstrand, president of the right-wing Alternative for Sweden (AfS), told Hungarian daily news outlet Magyar Hirlap in 2020 that Sweden’s government and much of its media appear unwilling to make the connection with Sweden’s growing crime problem and its migrant community.

“The government seldom speaks of the criminality that is the result of its botched migration policy and even if it does, they won’t admit the connection between gang wars and immigration,” Kasselstrand said, adding that unless gang members are deported to their lands of origin, gang violence will keep rising.

Gothenburg’s police commissioner, Erik Nord, also said in 2020 that the rise in fatal shootings experienced by Sweden is directly tied to mass immigration. Once known as one of the safest countries in the world, Sweden now has one of the highest deadly shooting rates in Europe. During the early 2000s, the country’s crime and shooting rate were unremarkable, but with the increase in mass migration, the country has spiraled into a cycle of violence.

So far, the government’s efforts to fight recidivism have produced a little effect, as 76 percent of those involved in shootings had already been convicted of committing a crime.

In September, residents of the Stockholm suburbs, the majority of whom were mothers, came to express their anger in front of parliament. Gathered under an initiative called the “National Crisis,” they called for the implementation of 34 measures, including access to summer jobs or reinforced supervision of schools. Refusing to be stigmatized in their neighborhood where police reinforcements have not ensured a return to calm, they also asked for toughening up the tone against drug users in more affluent neighborhoods.