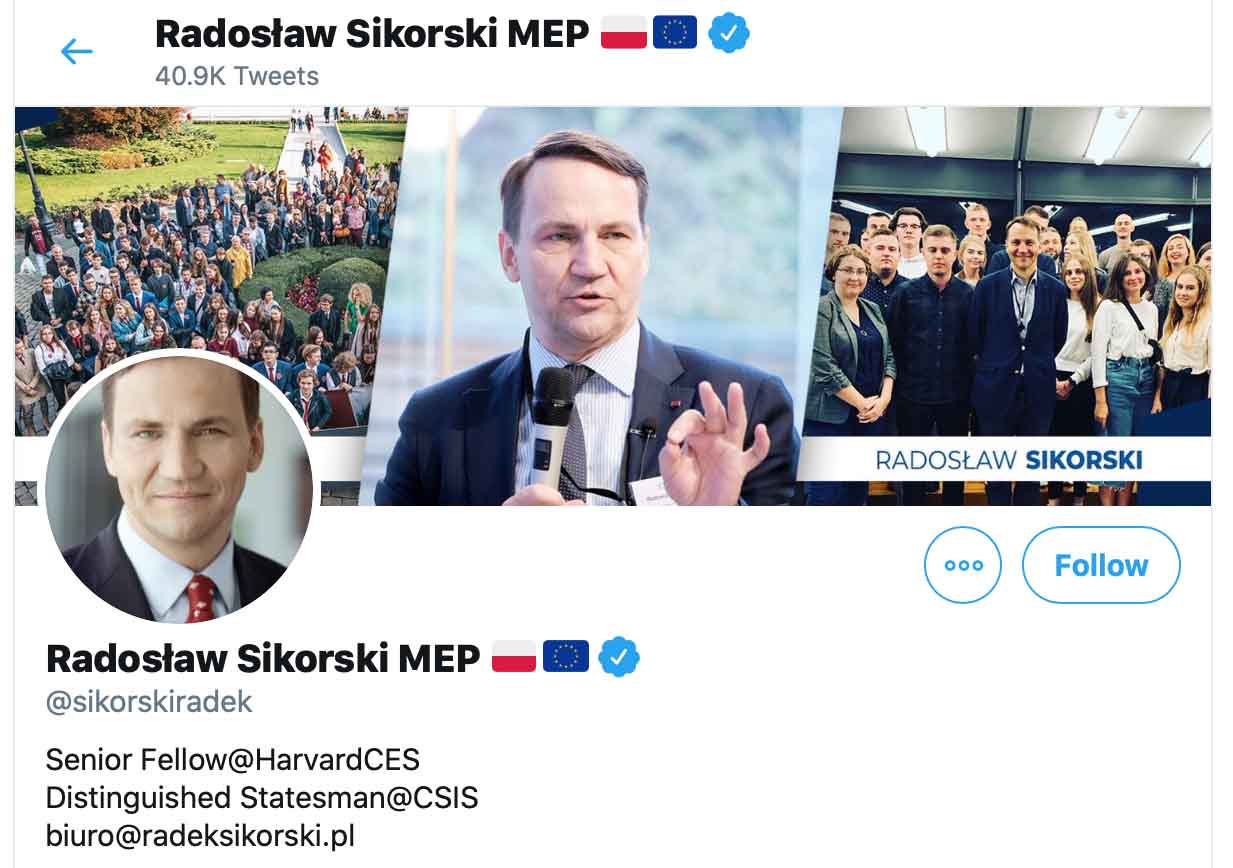 The Association of Polish Judges, or Iustitia, which is known for opposing the Law and Justice (PiS) government and its judicial reforms, has released its newest report concerning “repressed” judges in Poland.

The report claimed that close to 60 judges have faced repression from the government for “defending judicial independence or issuing decrees not in line with the government’s thought”.

“The Iustitia report glorifies judges, who do not fulfill their legal obligations, engage in political activities and stand against Poland. The report’s politicization and fact manipulation make it an unreliable source of information,” he wrote.

The former foreign minister under the Civic Platform (PO) government and current PO MEP, Radosław Sikorski, responded to the tweet by referring to Radzik in vulgar way, calling him an “a**hole”.

“How dare you decide what is good and what is bad for Poland, a**hole. Who gave you that right?”

In the past, Sikorski had insulted other PiS MPs and officials.