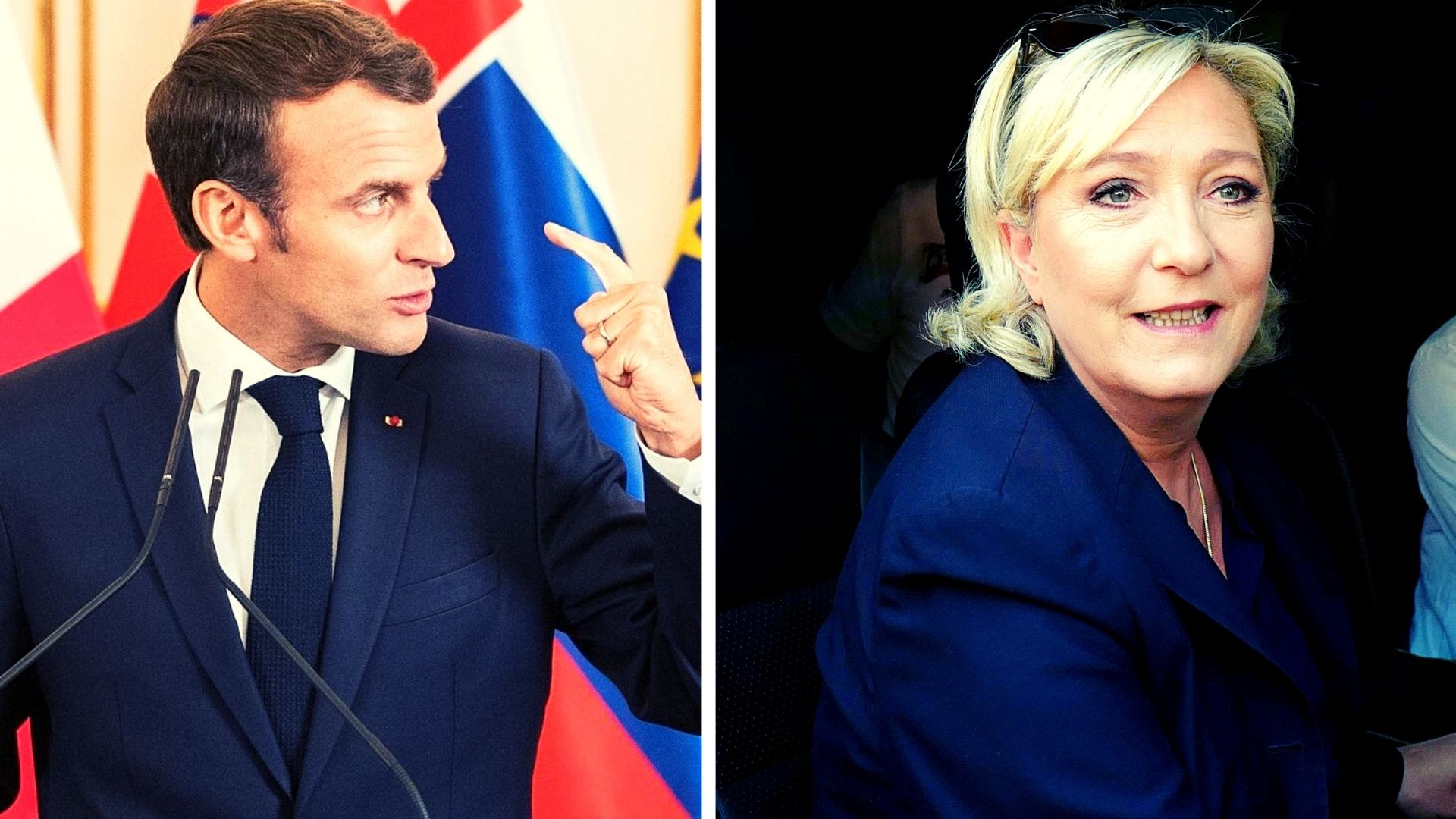 A new Ifop poll released over the weekend by Le Journal du Dimanche and Sud Radio has revealed that National Rally’s Marine Le Pen and President Macron would be neck and neck in the first round of the presidential election, well ahead of the other candidates, if the vote had taken place on Sunday.

The survey, which was released Sunday, gave Marine Le Pen between 24 and 27 percent of the vote in the first round, depending on the performance of the other potential candidates on the left and right.

President Macron, on the other hand, would’ve garnered between 23 and 26 percent of the vote in the eleven scenarios that the survey mapped out.

On the right side of the political spectrum, the poll revealed that Xavier Bertrand garnering 16 percent of the vote, in front of Francois Baroin (14 percent), Valérie Pécresse (11 percent), Bruno Retailleau (8 percent), and Richida Dati (8 percent).

On the left, the poll revealed that Anne Hidalgo of the Socialist Party would garner 9 percent of the vote, just in front of François Hollande (7 percent), and Ségolène Royal (5 percent) in the case that Jean-Luc Mélenchon of La France Insoumise (11 percent) and Yannick Jadot of Europe Ecology – The Greens (6 percent) presented themselves as candidates.

A poll 2019 Ifop poll found that in second round voting for 2022, Macron would score 56 percent of the vote while Le Pen would secure 44 percent, which would be a marked improvement over her performance in 2017.

With President Macron’s approval rating at an all-time low, a seemingly endless stream of migrant terror attacks occurring on French soil, and radical cultural and demographic changes taking place which polls have revealed that the majority French citizens are vehemently against, Marine Le Pen is poised to win over more of the French public in 2022.

As Remix News reported last week, an 18-year-old Pakistani migrant who is said to have come to France as an ‘unaccompanied minor’, attacked two people outside the offices of the satirical magazine Charlie Hebdo with a meat clever, leaving both victims severely wounded.

France’s Interior Minister Gérald Darmain called the savage attack a clear “act of Islamic terrorism”, and said that it was “a new bloody attack against our country, and against journalists”.

Following the attack, Marine Le Pen called for the return of so-called unaccompanied minors to their countries of origin due of the “exorbitant financial cost” placed upon the French state as a result of the vast amount of crimes they’re committing.

“True unaccompanied minors do not have to stay on our territory, but must, in conjunction with Unicef ​​and NGOs specializing in these issues, be repatriated to their country of origin in order to be protected there and to find their home,” Le Pen wrote in a party press release last Tuesday.

Like the majority of countries in Western Europe, France too is currently undergoing demographic changes the likes of which have never been seen before. As Remix News previously reported, citing data from the National Institute of Statistics and Economic Studies (INSEE), 21.53 percent of newborn babies in France were given Arab-Muslim first names in 2019.

According to Pew Research, France has the largest Muslim population of any European country, with an estimated 5.7 million Muslims living in the country as of 2016. In a medium migration scenario, that number is projected to swell to 12.6 million by 2050.