German government: No fixed limit on number of Ukrainian refugees

Germany has so far taken in approximately 320,000 Ukrainian refugees 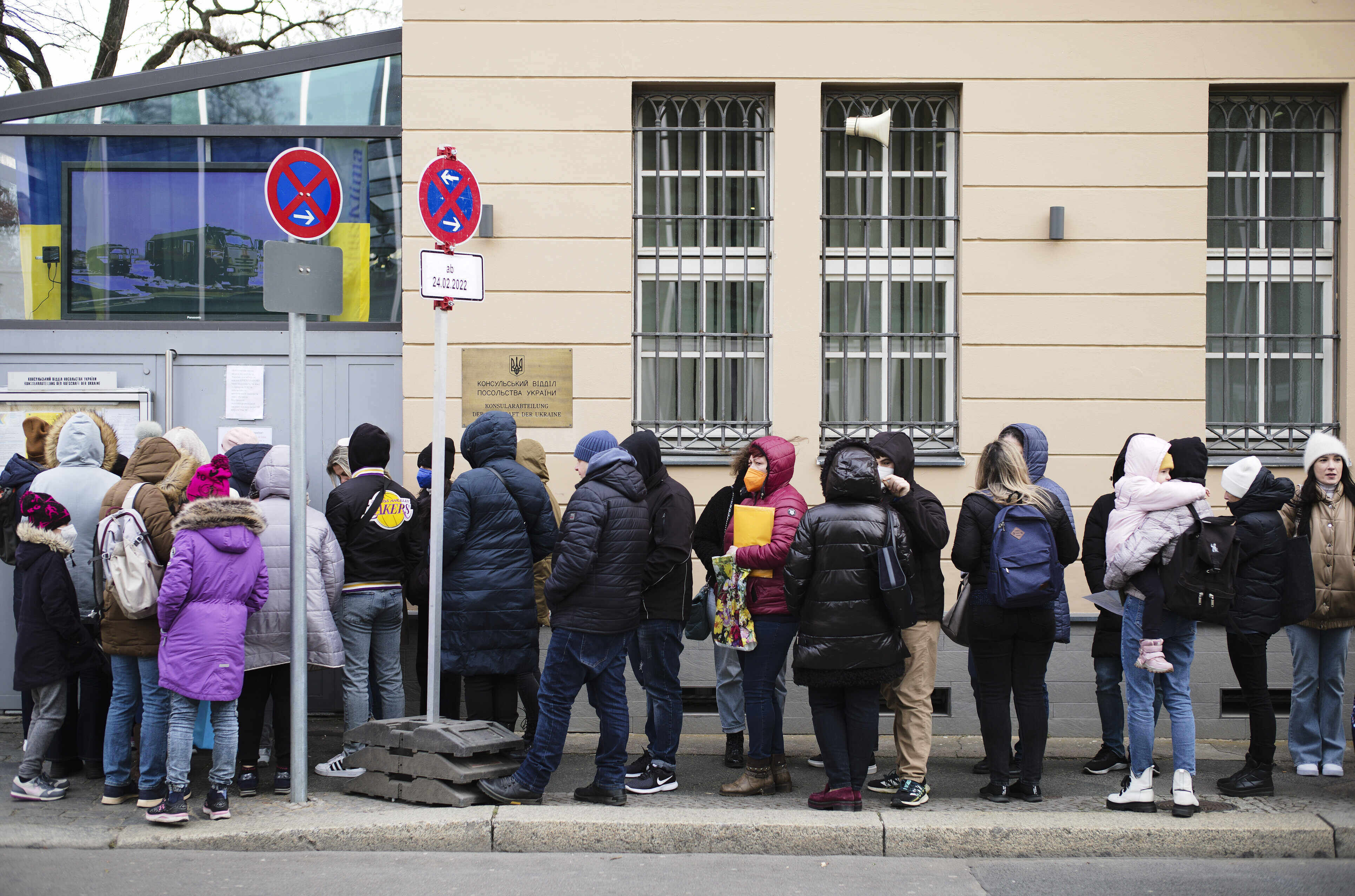 People from the Ukraine most of them refugees fleeing the war, wait in front of the consular department of the Ukrainian embassy in Berlin, Germany, Friday, April 1, 2022. (AP Photo/Markus Schreiber)

The German government will not put a ceiling on the number of Ukrainian refugees it receives, and has already accepted and is ready to welcome refugees from hard-hit Poland, the German Transport Minister Volker Wissing has confirmed.

Germany has received approximately 320,000 Ukrainian refugees — about 20,000 more than the Czech Republic — but refuses to close its borders and turn away more.

“It is simply off the table. Germany cannot and will not return any refugees from Ukraine,” said Wissing.

On the contrary, the country plans to continue taking over refugees who first came to Poland. Some 2.8 million Ukrainians have crossed the Polish border since the beginning of the Russian invasion, according to data provided by UNHCR, more than any other state — Germany is thus offering them a helping hand.

Wissing added that the number of war refugees coming to Germany is still declining — approximately 2,500 migrants come to the country per day.

Unlike Germany, the Czech government stated how many refugees it would have capacity to assist when the crisis began. However, Czechia has already exceeded its own limit of 250,000 people at the beginning of April, and refugees continue to arrive. Less than 300,000 people have been granted visas here, but the specific number of refugees is likely to increase.

At the beginning of April, the Czech Interior Minister Vít Rakušan stated that roughly 200,000 to 250,000 people could arrive in the Czech Republic — the final number could yet be double the original assumptions.